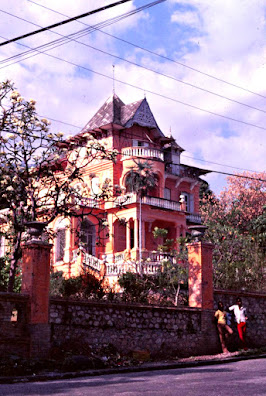 "What caused the riots and the curfew?" I asked the girl seated on a bar stool in Santo Domingo's dilapidated Colon Bar. It was April 1980.

"Corruption," she said, "A fourteen year old newspaper boy and a journalist were shot. Near your hotel."

I decided to escape from the Dominican Republic to Haiti.
A taxi drove me to the airport along roads piled high with rubbish. 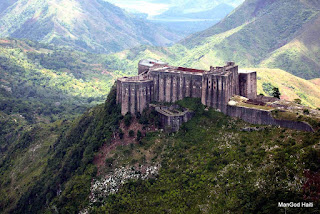 On the flight over the mountainous island of Hispaniola a picturesque young Argentinian woman got chatting to me. She was dressed like a latter-day Eva Peron.

"Haiti is very safe for the tourist," she said. "The police are very severe. I am in favour of law and order." 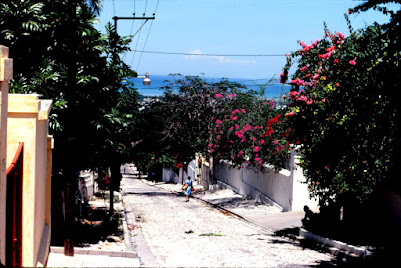 Outside the hotel.
In the palatial little Hotel Prince I sat beside the swimming pool and talked to John, a UN nutritionist, from West End Lane in London's West Hampstead.

"Haiti is some sort of paradise," said John. "But there is hunger and malnutrition. There's not enough water. Some people have to walk many miles to get water."

"It's no worse than in Europe," said John.

"80% of the population are unemployed."

I came across a man who looked like a 'former UK Home Secretary' in what appeared to be a bar.
I only stayed for two minutes, long enough to see the man  lying on top of a young black boy.

This is the land of louche travellers.

This is a land of voodoo drums, denuded mountains, tropical diseases and AIDS 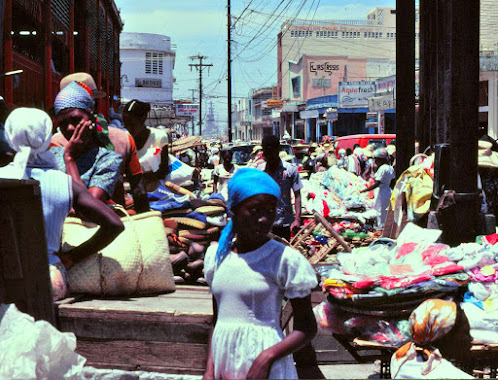 I strolled to the area of docks and markets.

Black,sweating, muscular bodies were carrying enormous loads from ship to shore. Water was being transported on the heads of small ragged girls to home-made slum houses. Plump women dressed in jazzy browns and reds were selling scrawny chickens. The streets smelt of Africa at its most raw, squalid and impoverished. 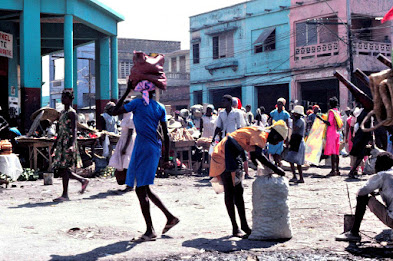 Near the park in front of the sparkling white palace of President-for-Life, Jean Claud Duvalier, I became aware that I was being followed. The Tonton Macoute?

My pursuer was 14-year-old Franz Pierre. His lips were covered in sores; he had a bubbly nose; his sandals were falling apart; he looked shriveled and worn out by life's cares; and he smelt of pavements.

Franz took me on a tour by tap-tap, a mini-bus like the Manilla ones.

We saw primitive settlements where people kept a few cattle or pigs or chickens. We saw semi-naked women bathing or washing clothes in filthy pools and streams.

"Tomorrow, I give you another tour," said Franz in Haitian French. 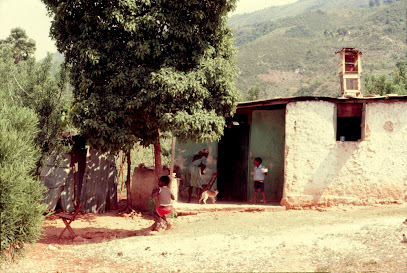 Next morning I woke early and happened to look out the bedroom window. Franz was waiting beneath a palm tree. It was 6am.

After breakfast I decided we would have a taxi ride.

"Oui," I replied, and with Franz trotting behind me, we set off in search of the man's taxi. We walked and walked.

"Where is the taxi?" I asked twice. It appeared that the man did not have a taxi, but, for a small commission he would try to find one. 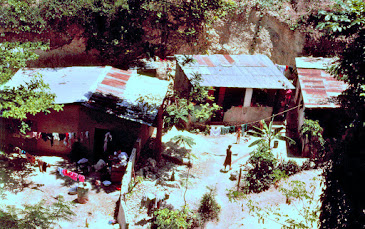 Franz came in useful and found us a tap-tap, a highly decorated partly open van. I sat between a woman with chickens and a child with a bucket of water. The fare was counted in cents.

We travelled several miles to a section of beach with palm trees. Anchored out in the bay was a giant American warship. 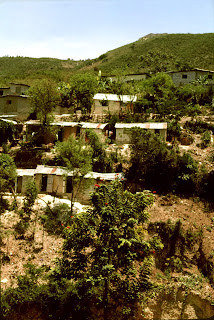 Beaches are not my scene. So a "taxi" took us into the hills to Petionville. The driver insisted that I duck my head when we passed the police station as his taxi was not licensed to travel so far. The steering wheel was somewhat suspect and I was relieved when we reached the rum distillery outside Petionville.

We sampled rum flavoured with various tropical flavours from banana to spice. The taxi driver had more than his share of rum.

In Petionville the taxi driver turned difficult. The bargain with the driver had been that he would take us to and from Petionville for ten dollars. He now wanted extra, to cover the cost of waiting while we had a quick look around the town.
I handed the driver five dollars to cover the cost of our outward journey and set off up the street. The driver followed. I fled into a church and sat down in the middle of the beautifully dressed congregation which was waiting for the start of the Sunday service. The taxi driver joined us and began an argument with poor Franz.

Some members of the congregation told the driver to keep quiet. I offered the driver an extra dollar. The argument continued. Eventually an offer of two extra dollars got rid of the gentleman. 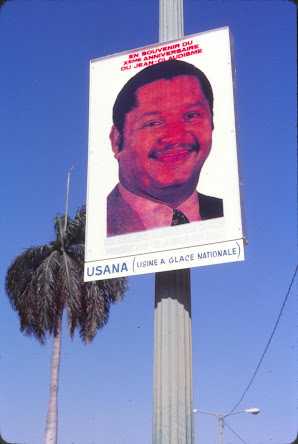 Baby Doc Duvalier.
Petionville had many beautiful gardens and a restful park where Franz and I had a picnic lunch. Franz asked me if there was sea all over the world. He showed me that he could write his name, but only just. He could not read, but he was desperately keen that I should write to him from England. He couldn't read the words on simple food labels or the words on currency notes, something which embarrased him greatly. 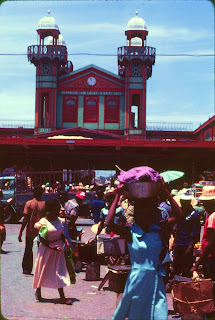 Next day Franz had bought himself new plimsoles. They were too big for him but at least he was better off than most of the ragged waifs and strays around the city.

Franz gave his old battered plimsoles, which were split on both sides, to a tiny barefoot beggar boy with a badly swollen eye. The plimsoles were many sizes too big for the tiny beggar, but, the boy was overjoyed to have them and thanked us many times. His name was Minoir. Minoir shuffled away, going round to the back of a restaurant to search for food.

A fat lady came running out of the restaurant and started chasing Minoir while brandishing a piece of rope. Minoir ran down the street screaming. His plimsoles came off. The fat lady picked up the plimsoles and threw them in a rubbish bin. 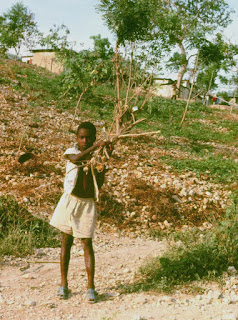 Sitting in the park in front of the president's palace eating lunch, Franz and I were stared at by a boy with legs as thin as pokers. I offered him a roll. He thanked us so very politely and ran off to eat it hurriedly behind a tree.

An older youth approached and offered his services as a guide.

"I shoot you," he said, and then walked away smiling and swearing.

Franz and I explored the home made houses on the hill behind the hotel. Small girls seemed to spend their entire day carrying water, none of it pure, to their houses.

At night the voodoo drums could be heard beating out in the shanty town settlement. 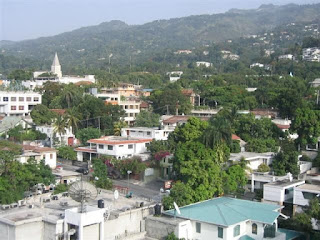 Using the services of a Haitian bishop I arranged for Franz to receive a regular supply of money for schooling.

Unfortunately it didn't work out. After about a year the bishop's office reported that Franz and his older friends were apparently spending the money on 'luxuries' rather than on food and education.
Posted by Anon at 16:00