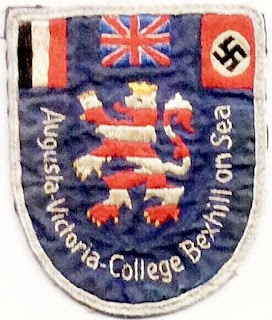 Beginning in 1934, Augusta Victoria College, a 'finishing school', in Bexhill-on-Sea in England, was educating 24 daughters of certain famous Nazis.

The unsettling story of the Nazi finishing school in East Sussex

The goddaughter of Heinrich Himmler

And Isa von Bergen, the daughter of Hitler's ambassador to the Vatican. 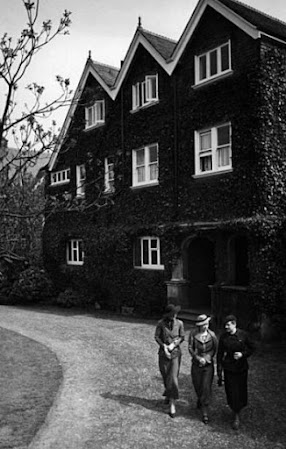 'The girls were welcomed in East Sussex.'

The school was headed by Frau Helene Rocholl 'who is believed to be connected to the Nazi regime.'

'The German government approved of the school' and in 1937 the girls were taken to the Germany Embassy in London to meet war minister Field Marshal von Blomberg.

The war began in 1939 derailing plans by Frau Rocholl to open a campus for 100 boys in the adjacent building.

In September 1939, all pupils and staff fled just days before war broke out when Hitler invaded Poland.

Vincent S, aged 10 yrs, from Grafton Children's Home, was taken to Elm Guest House boy brothel and to a house in Bexhill.
Collin Pritchard served as the vicar of St.Barnabas, Bexhill. He was jailed for child sexual abuse.

Canon Gordon Rideout sexually abused young girls and boys across the south of England. Rideout was chairman of governors at St Mary’s special school in Bexhill until 2009.