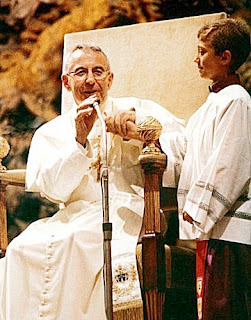 Jewish mobster Meyer Lansky, head of the Kosher Nostra, was the mentor of Luciani Raimondi, who has confessed that he was part of the gang that murdered John Paul I. 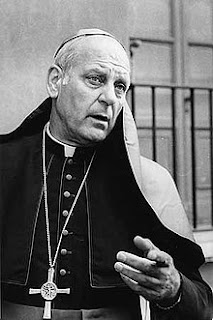 Luciani Raimondi, the nephew of Lansky's friend Charles 'Lucky' Luciano, was recruited by his cousin Paul Marcinkus, who ran the Vatican bank in Vatican City.

The Kosher Nostra wanted to cover-up the billion-dollar scam, inside the Vatican, which involved the sale of fake stock certificates for top American companies.


John Paul I had vowed to defrock the perpetrators, who included Marcinkus and about 'half the cardinals and bishops in the Vatican,' Raimondi told The New York Post. 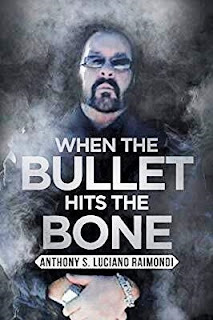 Jewish mobster Meyer Lansky had a strong influence on Raimondi.

The Chairwoman of Ukraine's Central Bank says [Jewish oligarchs] Igor Kolomoisky and Gennady Bogolyubov stole $5.5B outright, which is 5% of Ukraine's GDP and 33% of the entire country's bank deposits. Most of this money was laundered into the US.

aangirfan: CIA TO CHOOSE NEXT POPE?

aangirfan: THE PAPACY AND THE NDRANGHETA

POGGI ARRESTED AFTER NAMING TOP CLERGY ...
Posted by Anon at 03:00