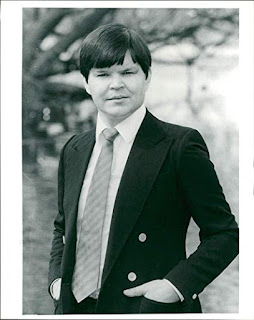 David had affairs with top male spies and politicians. 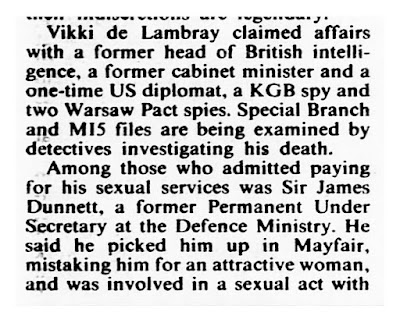 In 1983, a former top man at the UK's Ministry of Defence, Sir James Dunnett, was questioned by detectives over a sexual encounter he had had with de Lambray. 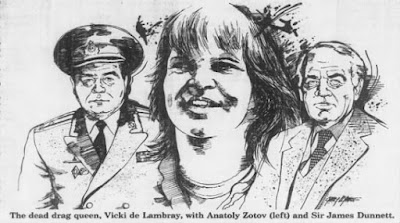 Above, we see Dunnett on the right.

De Lambray announced that he was going to publish a 900-page book detailing the names of clients.

De Lambray died in a flat in Stockwell, south London in August 1986.

Three hours before he was found, de Lambray telephoned the Press Association, telling a reporter, 'I have just been killed. I have been injected with a huge amount of heroin. I am desperate.'[8]

De Lambray's initial call to police stated that a group of men had injected the heroin into him. 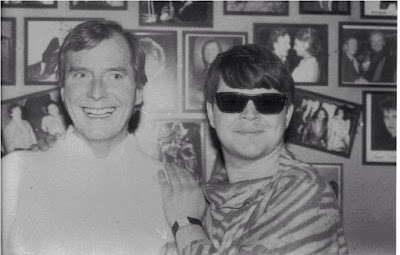 De Lambray claimed to be the illegitimate son of an aristocrat.

He was a regular at high society parties.

He operated as a prostitute from London's Shepherd's Market.

(The boss of MI6 from 1973–1978 was Sir Maurice Oldfield, who was named by Carl Beech as being a child abuser)

De Lambray was found dead in his London flat.

Missing from de Lambray's flat was the manuscript detailing his affairs with famous names.

Child abuse whistleblower Carl Beech was sent to prison for 18 years after relating that top people in the UK spy services were child abusers. 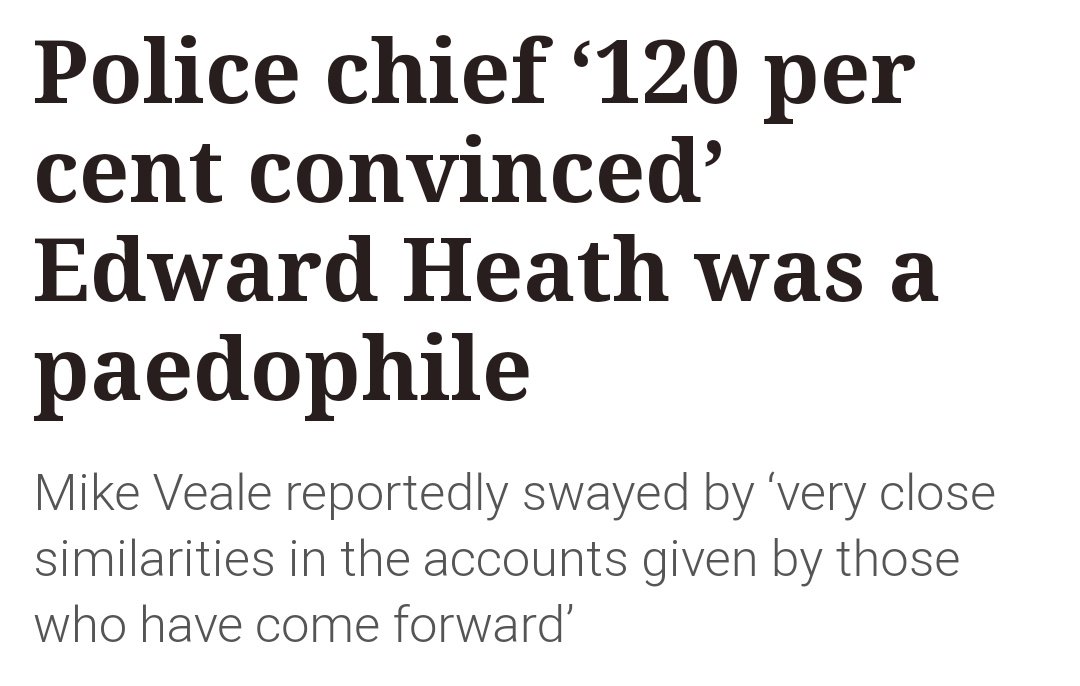 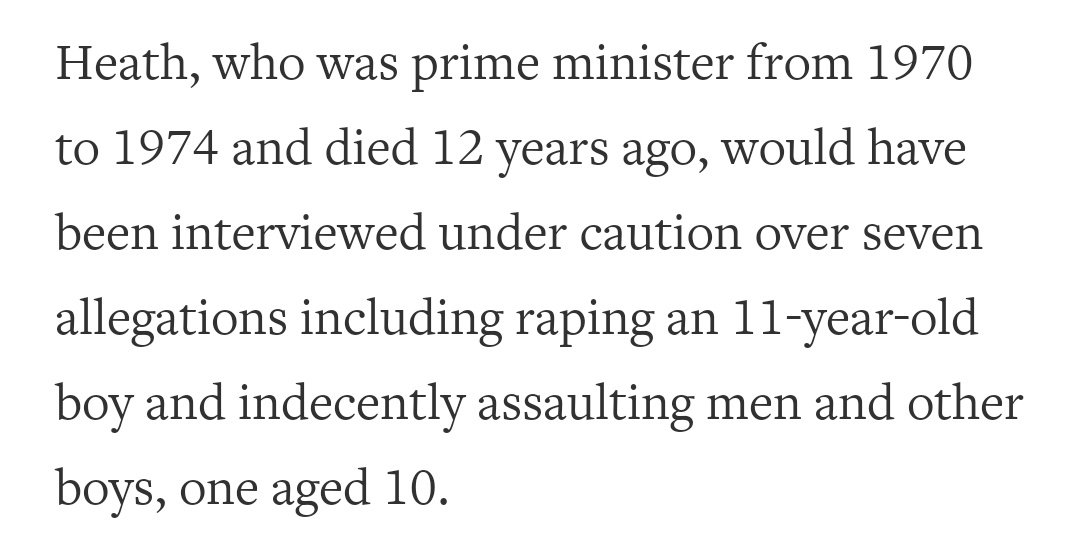 James Dunnett was Edward Heath's ally at the Ministry of Defence.

Dunnett was aware of the goings-on at Kincora (the boy brothel reportedly run by military intelligence).