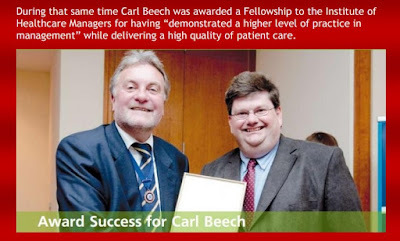 In May 2019 Child abuse whistleblower Carl Beech (Nick) was put on trial after accusing top people of child sexual abuse.

According to the police, the chronology of events was that the Carl Beech (Nick) blogged.

The blogs were noticed by Peter McKelvie (child protection officer) who brought them to the attention of a number of journalists, inc Mark Conrad of Exaro.

It was Exaro’s publication of articles about Carl Beech (Nick) that brought him to the attention of the police.

Asked about attendance at school, defendant tells #NickTrial: “I know I was absent. I know that the school records are incomplete. The ones that are there do show absences.”

He was with the “group” during these absences.

Defendant also tells #NickTrial that he sometimes attended “roll-call”, but be absent later during the day. 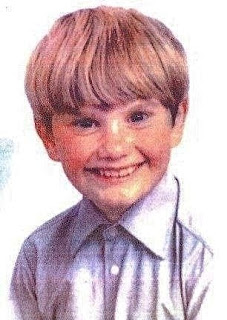 Carl Beech, at around the time when the abuse began.

Carl Beech (Nick) has named his step-father as his first abuser.


Carl Beech has told the court that Major Ray Beech had raped him on a day-trip to a safari park.

His voice breaking, defendant tells #Nicktrial: “John and I were taken into the toilets by our respective step-fathers.”

'Nick' says Major Beech took him to parties where men raped him.

Beech described being taken by his Army Major step-father Ray Beech to houses in the Bicester-area of Oxfordshire where VIPs would choose from a group of up to ten boys to abuse.

The Ministry of Defence's largest ordnance depot at MoD Bicester is just outside the town of Bicester.

Sir Jimmy Savile in naval uniform, 1990. Website for this image.

Beech's voice trembled with emotion as he said of Sir Jimmy Savile: 'He raped me over the bath, there was water in it. He would hold your head under water. You're dying. As soon as you try and scream you just take in water.'

Beech was asked how he knew it was Savile, and said: 'It was his voice, his mannerisms.

'I am not sure it had sunk in at that stage.

'Part of your brain thinks it couldn't possibly have been him.

"False allegations of rape make up just 0.62 per cent of all rape cases, according to CPS statistics.
"The chance of the average adult man in England and Wales being falsely accused of sexual assault in a year is 0.00021281 per cent, based on the best available data."
Yes, Cliff Richard, There Is A Rape Crisis

'Savile was there as a guest because they said they were having a guest. They didn't say JImmy Savile, just a guest.'

Asked what lasting effect it had, he replied: 'Baths in general I don't like, the house has to be empty with the doors locked for me to have a bath.

'And I cannot tolerate water shooting up my nose and that had an effect for swimming because for a long time I could only swim with a face mask or nose clips to stop water going up my nose.' 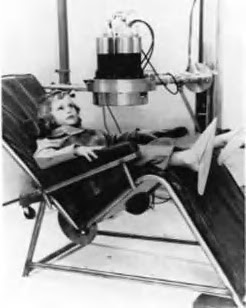 Torture of child by the security services. TORTURE of BRITISH CHILDREN

Carl Beech (Nick) claimed that at these parties the former heads of the spy services MI5 and MI6 would stab him in the feet and the hands, throw darts at him and electrocute him after chaining him to a wall. 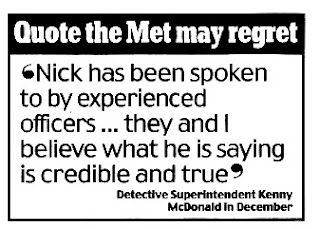 Beech told the jury his stepfather raped him in a toilet at a wildlife park during a family day out with another boy and his own stepfather.

Beech said that his stepfather had his hand over his mouth and nose.

Beech said his step-father 'was just nasty, drank a lot and didn't particularly like me other than for hurting me'.

Beech described his childhood at Wilton, Wiltshire, after his mother Rev. Charmian Beech met and married Major Beech, who worked at Erskine Barracks, the home of UK Land Forces.

The SAFEGUARDING OFFICER for the Diocese of Lichfield is, or was Rev. Charmian Beech.
Anyone with concerns linked to children in a Church of England church in the Diocese of Lichfield (northern Shropshire including Shrewsbury and Telford, Staffordshire and the Black Country) is urged to contact the parish safeguarding coordinator or the Diocesan safeguarding officer, Revd Charmian Beech on 01630 685491 or charmian.beech@lichfield.anglican.org.

Beech said: 'I was only a few months old when my natural father left.'

Beech said of his step-father's children: 'They would put drawing pins around my bed so I would tread on them when I got up in the night.'

Beech described how he was tortured by a group of men at Imber Village on Salisbury Plain, a deserted village used for live firing training by the army.

He said he was tied by his wrists to the wall of one of the abandoned houses by the men.

The Shot At Dawn Memorial at the National Arboretum in Staffordshire commemorates the young British kids shot by their own officers. During World War I, Britain executed many its own soldiers, some as young as 14 years of age.(http://www.wsws.org/articles/1999/nov1999/shot-n16.shtml)

Beech told the court: 'They stuck items in my feet and hands and used a lighter on my feet. I can remember screaming and crying which they don't like. The pain was different from what I had felt before and that is my main memory of that time other than humiliating things like wetting yourself.'

The family moved from Wilton to Bicester in Oxfordshire later in the 70s.

Bech said: 'We moved to Bicester, initially just myself and my mother.

'At first Ray wasn't there but he found us there fairly quickly as far as I can remember. We were in temporary health service accommodation and that's where he found us.

'He was banging on the front door and trying to break in. My mother told me stay in the bathroom, there was a lot of commotion and loud noises and the police were called.'

He said he was taken to Erskine Barracks by his step-father, Major Raymond Beech.

He told the jury: 'I am pretty sure we drove to the barracks I thought we had walked but I remember Ray being waved through so we may have been in the car I can't remember for sure.

'It was the first time he had taken me there. He took me into offices, I don't know whether they were his or whose offices it was.

'There was one man in the office and I was introduced to General Bramall. Before that I didn't know who he was.

'He asked my step-father to leave, or to wait outside rather.

'He didn't say anything, nothing at all.

'My step-father came back in afterwards when I was dressed again. There was conversation between them but I didn't hear what they were saying.

'We left to go home, my step-father was happy, he said I had done well but I don't know what I did but he seemed in a lighter mood I suppose, which I wasn't used to seeing.'

A sanitised version of a military punishment.

He said he them met Lord Bramall again at a house in Wilton 'within a few days' of the first incident.

Beech said: 'My step-father took me. We went into the back living room area. General Bramall was there, there were two other people who I was introduced to and another person, I don't know who he was.

'They were all dressed in suits, not in army uniform. At the time of this incident I didn't know who they were.

I had been introduced to them but I cannot remember when that was. Around the same time at the base where my step-father worked.

'My step-father introduced me. I later discovered they were Generals Gibbs and Beach.

'I was asked to undress and turn around I suppose for want of a better word and then dress again. It was my step-father who asked me to undress.

'The others were in the room just watching. Everyone was asked to leave the room by General Bramall.

'The other man who was there was taking photographs. I could see the camera.

'He undressed me and ended up with him doing what my step-father had done to me, raping me.

'I was just left on the floor. General Bramall left and my step-father came back in and put my clothes on.'

Beech told the Metropolitan Police that around 15 men attended weekly abuse parties all over the South of England, including the late former Tory PM Ted Heath's yacht, exclusive clubs and Dolphin Square, where many MPs lived near Westminster.

General Bramall asked the other men to leave the room, and then raped him, defendant tells #NickTrial.

Defendant tells #NickTrial that he was with John when he first saw Harvey Proctor. Proctor wanted them “to perform”. He told him to hit John with a wooden baton. Starting to break down, he says that he refused.

At one time, the defendant tells #NickTrial, Edward Heath stopped Harvey Proctor from hurting him by cutting him with a knife.