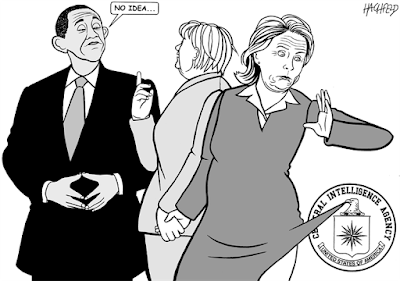 EU leaders have picked German Defence Minister Ursula von der Leyen for the post of Chief of the European Commission. 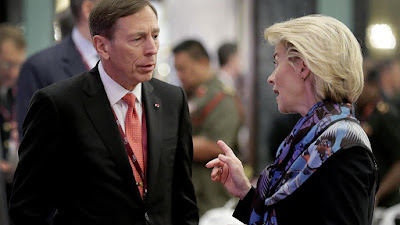 Ursula von der Leyen has studied at the spooky London School of Economics and has lived in in Stanford, California, while her husband was a faculty member of Stanford University.

In 2015, von der Leyen argued that a form of EU army should be a long-term goal. 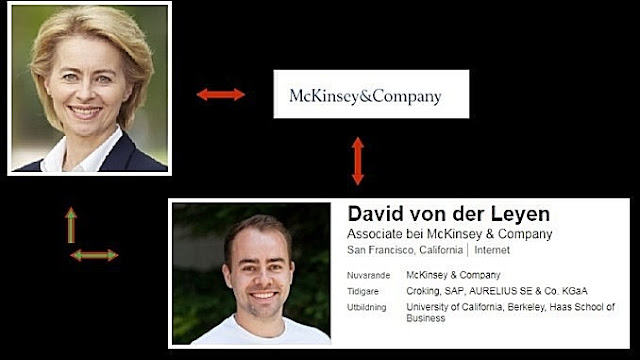 "Ursula von der Leyen is suspected of poor management and nepotism over her department's allocation of contracts and its decision to hire a consultant as her deputy."

"There were reported irregularities in a contract awarded by Von der Leyen's Defence Ministry to McKinsey. 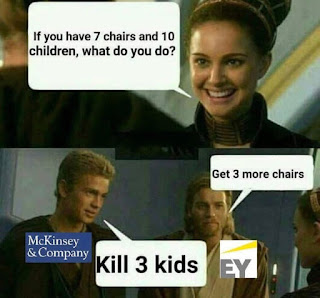 "Enron, which was paying McKinsey as much as $10 million in annual fees, is just one of an unusual number of embarrassing client failures for the elite consulting firm.

Besides Enron, there's Swiss-air, Kmart, and Global Crossing - all McKinsey clients that have filed for bankruptcy in relatively short order."

"A former management consultant controversially hired by Tony Blair to head Downing Street's policy unit will have a role in deciding the appointment of Britain's most senior civil servant, the Guardian has learned.

"The prime minister has delayed the decision on who should become the new £220,000-a-year cabinet secretary while he takes the advice of David Bennett, a former partner with the global US consultancy McKinsey, on the appointment."

"There have been at least 20 CIA agents on the payroll of Enron." 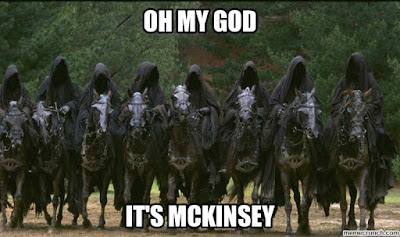 Sandra Laville and Nils Pratley, in the Guardian 14 June 2005, relate "How McKinsey, the secretive global consultancy firm, is gaining influence at the heart of UK plc."

"Yesterday the Guardian revealed that David Bennett, a former partner at McKinsey, who has been hired by Tony Blair to head Downing Street's policy unit, will have a key role in deciding the appointment of the new £220,000-a-year cabinet secretary...

"Mr Bennett is one of a number of McKinsey-trained people already advising the government: Lord Birt, Nick Lovegrove and Adair Turner, who now heads the commission into the future of pensions, to name a few. The firm has landed contracts worth tens of millions of pounds...

"Enron was regarded as the house that McKinsey built."

"The fact that Enron was in fact so CLOSELY allied with the Bush administration AND the CIA makes their proven connection to and involvement in negotiations by the Bush Mob, CIA and Big Oil with theTaliban last year an issue of definite interest...."

http://www.apfn.org/enron/fedgov.htm
Posted by Anon at 12:23