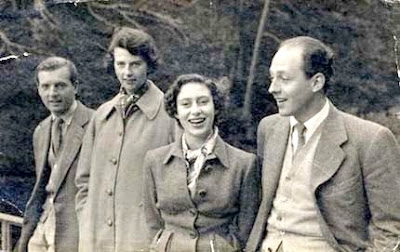 Above, we see Princess Margaret with John Betjeman on her left in about 1950.

On her right is her lady-in-waiting Lady Elizabeth Cavendish, Betjeman's intimate friend, and beyond her is the Old Etonian Simon Phipps, later Bishop of Lincoln.

Lady Elizabeth was the daughter of Edward Cavendish, 10th Duke of Devonshire and his wife, Mary née Gascoyne-Cecil.

John Betjeman was a friend of Tom Driberg. 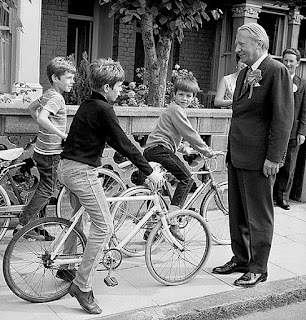 The Kray Twins and Edward Heath (above) were frequent visitors to the child abuse island of Jersey. 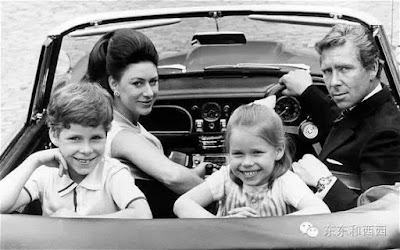 Sharman Douglas, the daughter of the US ambassador to Britain, in 1949. 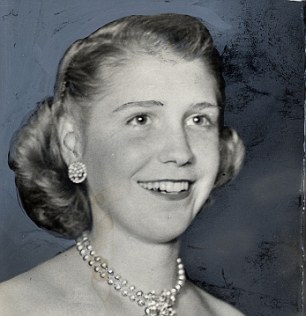 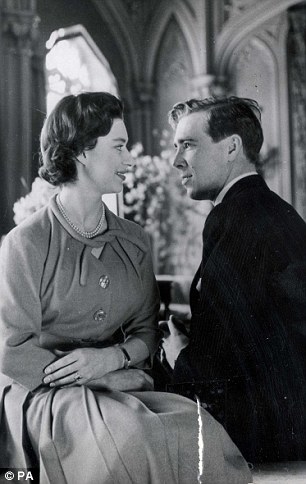 Jeremy Thorpe was a close friend of Princess Margaret and of Anthony Armstrong-Jones. 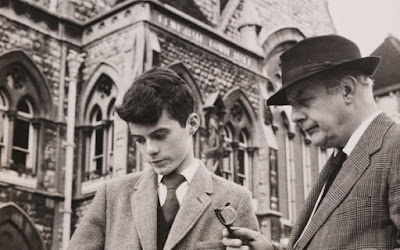 "The late poet laureate John Betjeman did not restrict his attentions to women.

"A newly discovered Betjeman poem entitled Sweets and Cake includes the phrase: 'the sturdy little arse of Teddy Sale' in a graphic and passionate encounter between a pair of schoolboys.

"The comic but increasingly explicit account of a heated fumble between Teddy, believed to be Betjeman's alter ego, and another schoolboy named Neville is thought to have been written during the poet’s undergraduate days at Oxford in the mid-1920s.

"The poem was unearthed much later in a college archive and appears in a new collection of previously unpublished Betjeman poems called Harvest Bells." 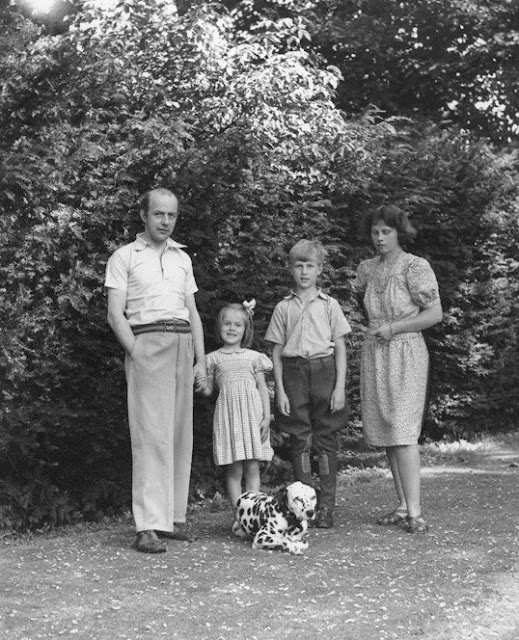 "A crush on a dazzling young South African poet, Patrick Cullinan, provoked Betjeman to write, 'I feel in love so much that I felt no physical sensations at all beyond being drained of all power of limbs'.

"Betjeman enjoyed the company of gay men – most of his friends belonged to either the church or "the Homintern".

"He once wrote to a gay friend, Patrick Balfour, recommending the roller-skating rink at the Alexandra Palace as a cruising ground: "There are no less than five hundred cups of tea there and an introduction can be effected at once." "Cups of tea" was Betjeman's own Polari-speak for men."

Why John Betjeman is a true gay icon | Books | The Guardian 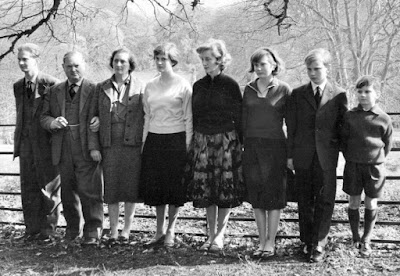 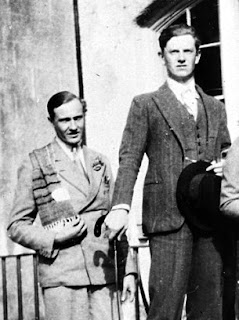 Alastair Graham, left, with Evelyn Waugh
In 1923, the 19-year-old Evelyn fell in love with an 18-year-old student called Alastair Graham.
The writer and scholar Harold Acton wrote to Evelyn and Alastair: 'I had erections to think of you two angels in an atmosphere salinated with choir boys and sacerdotal sensuality!'
Alastair Graham was Sebastian in Evelyn's novel 'Brideshead Revisited'.
(Evelyn Waugh: A Life Revisited, by Philip Eade, Weidenfeld & Nicolson / dailymail) 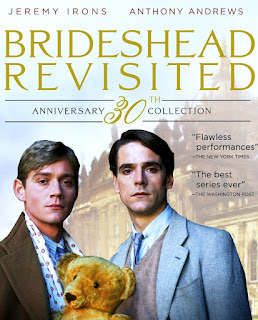 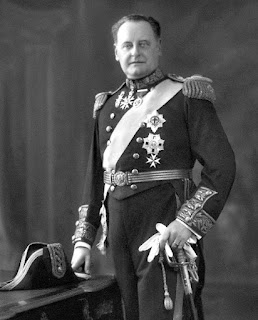 The Ordeal of Gilbert Pinfold

Her mother was Frances Stourton a British army major's wife. 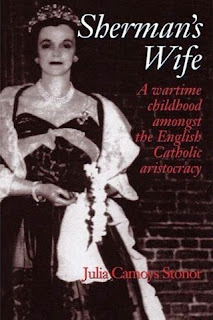 She threatened to reveal his homosexuality unless he agreed to hand over a large sum money.

She slept with Sherman Stonor's father, and had relationships with the conductor Sir Malcolm Sargent and the drinks tycoon Enrico Cinzano.

Julia Camoys Stoner is the daughter of Sherman Stoner.

Jeanne apparently murdered her husband Lord Camoys (who died in 1976), according to Julia.

Julia has also claimed and that Jeanne was apparently murdered by her younger son the Honourable Robert Camoys (died 1994).[3]

Julia has claimed that she is the only legitimate child of her parents; her mother's other four children, including the present Lord Camoys (7th Baron Camoys), being illegitimate and biologically unrelated to Sherman Stonor.

Thus, she has argued that she is the rightful heir to the Camoys barony.[4]

"By her daughter’s account, the dark-haired, volatile Jeanne, with her rapacious appetite for money and sex, her complete disregard for convention, her alarming mendacity and her streak of cruelty, exhibited all the faults the English like to associate with the Spanish...

"Her mother’s friends and connections were mostly ragingly right-wing, anti-Semitic and pro-Franco, as upper-class Catholics tended to be, and pillars of the Right Club and the Anglo-German federation."

Julia with Prince William of Gloucester. Julia Camoys Stonor
Posted by Anon at 10:53