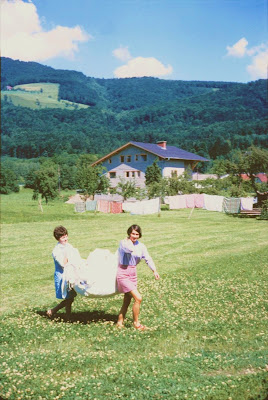 Interestingly, Max Born's philosophy on evil relates to the concept of wabi-sabi, itself derived from Japanese Zen Buddhism.

Historically, it is the reason Japanese architects would deliberately engineer tiny imperfections into their creations. An acknowledgement of the unattainability of perfection.

And I find Born's philosophy on evil meaningful even on the profoundest mathematical levels.

Many years ago, mathematicians like Russell sought mathematical perfection through the program of Logicism.

Then Gödel came along with his incompleteness theorems to prove there are certain things that are inherently unknowable.

At that time, the mathematical world was, in a sense, at war with itself.

In computer terms, Gödel showed that certain programs will go wrong, will infinite loop, and that we can never know for sure which will and which won't go wrong.

There is always a gray area, no black and white. Because the program to classify all programs will itself go wrong.

Imperfection is inherent in all complex reality.

And, of course, the hardest evil to defeat, even to recognize, is not in others.

It is the evil in your very own self. 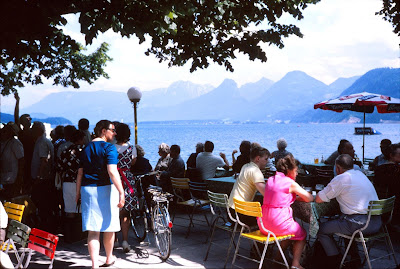 I did everything, everything you ever asked.
I know you did.
I executed the Plan.
As you saw it.
You, you promised that we would change the world, together.
You broke your promise.
I know. I understand that now.
I took the System to its maximum potential.
I created the perfect system.
The thing about perfection is that it's unknowable.
It's impossible, but it's also in front of us all the time.
You wouldn't know that because I didn't when I created you.
I'm sorry, CLU. I'm sorry.

PARALLEL UNIVERSES .
Posted by Anon at 23:41