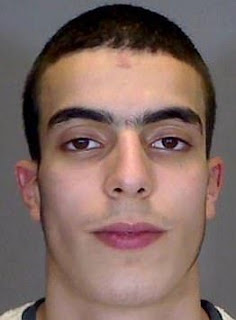 The son of the Islamist hate preacher Abu Hamza is being quizzed in connection with a murder at a posh New Year 'sex party' in London.

Abu Hamza and Haroon Aswat. Abu Hamza converted to Islam, but helped to run a strip club in Soho.

"The 'peer', known for his opulent sex parties, was seen helping with the payments on the door at the exclusive late night 'after-party' when thugs tried to storm their way into the Park Lane venue where Arab princes, tycoons and revellers were celebrating.

"A source told MailOnline: 'It was a wild party. You name it, it was available.'" 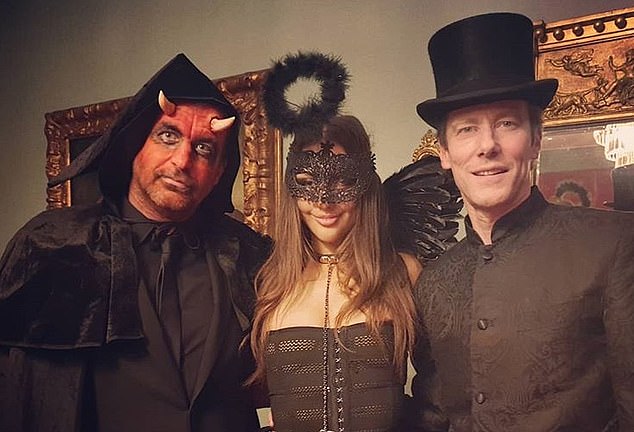 "Eddie Davenport has been a friend to the stars and has been photographed with Mick Jagger, Paris Hilton, Victoria Beckham, Sarah Ferguson and Hugh Grant at various parties."


8 Feb 2006 - The following is taken from: http://obsidianwings.blogs.com/obsidian_wings/2004/10/give_me_your_po.html · http://www.mathaba.net/data/sis/mi6-terrorism.html. Abu Hamza al-Masri presided over the Finsbury Park Mosque. In 1998, the President of Yemen demanded from Tony Blair that Abu Hamza ...

aangirfan: Khan is working for the security services?

aangirfan.blogspot.com/2005/09/khan-is-working-for-security-services.html
http://seattletimes.nwsource.com/html/nationworld/2002413851_london01.html. Khan is reported to have frequented the Finsbury Park Mosque in north London. ~~ The imam of the Finsbury Park Mosque, Abu Hamza, is suspected by some of being linked to the British security services. Hamza's assistant was Haroon Aswat.


9 Feb 2014 - In Britain the Moroccan met the preacher Abu Hamza, who is believed to work for MI5. Hamza's followers sent the Moroccan to Georgia and then to Chechnya. The UK security services have been accused of causing trouble in Georgia and in Chechnya. When the Moroccan returned to the UK, in 2000, ...

aangirfan: THE TERRORISTS BEHIND WOOLWICH...


1 Jun 2013 - At one time Bakri was friends with London-based Sheikh Abu Hamza al-Masri, a former nightclub bouncer. Bakri Mohammed helped develop the 'Al Muhajiroun' organisation in the UK said to be run by the spooks. The Woolwich 'terrorist' Michael Adebolajo joined Al-Muhajiroun in 2003. Former Justice ...

aangirfan.blogspot.com/2010/06/aswat-of-mi6.html
Abu Hamza and Haroon Aswat According to The Sunday Herald, by 1999, Haroon Rashid Aswat was calling himself a "hit man" for bin Laden. ("Brains behind terror plot may be Brit the security services thought") In the late 1990s, British Intelligence did not stop Aswat from recruiting for Al-Qaeda in London Aswat's passport ...

12 Oct 2010 - In 1991, he became the imam at the Brixton Mosque in South London. In 1993, he was ejected by Brixton Mosque's Salafi administration who objected to his radical preaching. Forrest was an associate of Abu Hamza al-Masri, the Egyptian ousted from the Finsbury Park mosque. Abu Hamza is suspected of ...