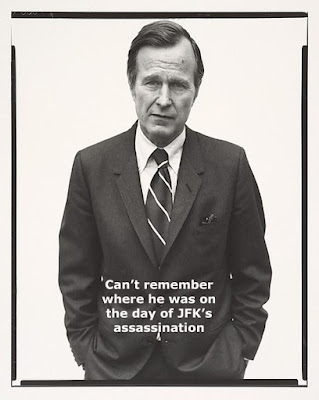 George HW Bush was in the CIA. 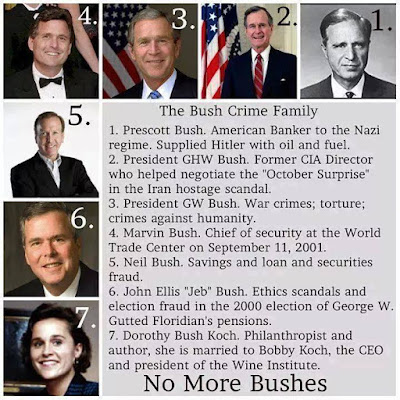 Prescott Bush was a Nazi-whore. How Bush's father helped Hitler's rise to power - The Guardian .


Are there links between George H W Bush and the kidnapping of Johhny Gosch?

In 1982, 12-year-old "Johnny" Gosch (above) was kidnapped in West Des Moines, Iowa, while he was delivering newspapers.

Johnny was taken to a farm in Sioux City, Iowa, owned by Charles A. Kerr.

Johnny was drugged and reportedly handed over to Lt. Col. Michael Aquino who has been part of the CIA's mind control programme.

"According to Johnny Gosch and at least three others... it was Aquino, who picked him up and paid for him in Sioux City weeks after he was kidnapped...

"Reports have connected him to Johnny Gosch, Eugene Martin, Jacob Watterling and other Mid-western boys. All kidnapped to participate in a government program..."

Child abuse victim Paul Bonacci claimed the mind-control was based at Offutt U.S. Air Force Base near Omaha.

Paul Bonacci said he was abused at the air force base from the age of three onwards. The abuse began in 1970.

Reportedly Johnny Gosch was mind-controlled by the CIA.

Reportedly Johnny was mind-controlled to become a sex slave for members of the elite, including, allegedly, George H W Bush and Tony Blair.

No suspects have ever been questioned by any law enforcement agency.

Reportedly, Noreen Gosch, Johnny's mother, told abuse victim David Shurter and others that her ex husband was one of those involved in Johnny's abduction.

The Reason for the Fallout Between Me and Noreen Gosch ...

The US National Security Agency's General Michael Aquino "was long the leader of an Army psychological warfare section which drew on his 'expertise' and personal practices in brainwashing, Satanism, Nazism, homosexual pedophilia and murder."

"Paul Bonacci and other child victims have given evidence in great depth on the central role of Lt. Col. Michael Aquino in this depravity."

The CIA and its friends make use of SATANISM in their mind control exercises.

Paul Bonacci in front of the ranch where he says Johnny Gosch, and other boys were held captive. Paul Bonacci has stated that, as a youth, he was forced to participate in 'satanic' snuff films. He identified Bohemian Grove as the location of a 'satanic' murder. Paul A. Bonacci said that, as a child, he was kidnapped by the US military, tortured and subjected to sex abuse and mind control. In 1999, in a court in Omaha, he won $1,000,000 in damages. 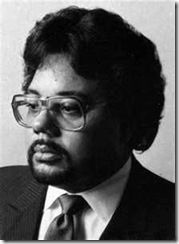 Lawrence E. King, Former Franklin Credit Union Manager, was one of the key people in the kidnap-child abuse ring. The child abuse scandal became known as the FRANKLIN scandal.

According to the evidence given in court, Bonacci suffered burns, broken fingers, beatings of the head and face and other indignities over a period of eight years...

"He is a victim of multiple personality disorder, involving as many as fourteen distinct personalities.

"As the people searched throughout the day, the police were not helpful in any way....the police chief, Cooney, would arrive use a loud speaker and say to the crowd: Go home folks, the kid is probably just a damn runaway."

In 1989, Troy Boner told investigator Gary Caradori: "From about age 14 to 17, I was seriously involved in sexual and drug and related activities with a wide range of individuals but primarily and specifically Alan Baer, Larry King, Robert Wadman, Peter Citron, Eugene Mahoney, and others of prominence and wealth..." 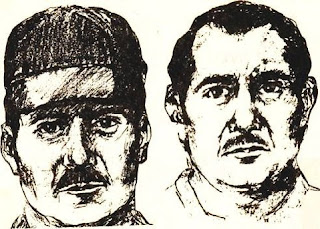 According to Paul Bonacci: "The man called Emilio was part of a highly organized national and international kidnapping ring...

"Emilio... said most of the kids were sold in Las Vegas at a ranch he took me to one time for an auction.

"I went with him to Toronto several times where boys were sold. I saw a few girls once in a while. He said virgins could bring as much as $50,000.

"They called the boys toys, used toys brought in money but not as much...Most boys were sold out of America cause it's harder to find them. The men who bought them had planes and could transport them easily."

"Paul Bonacci comments that Emilio, who was in charge of the kidnapping of Johnny Gosch, bragged: The FBI lets me do whatever I want with children."

"They pulled up along side Johnny... Paul and Mike started to talk to him to lure him over to the car. They opened up the car door.... Tony had been told to come from behind Johnny and push him into the car. Paul and Mike held Johnny down and placed a cloth with chloroform over Johnny's face, as Emilio ran the stop sign and turned left onto 42nd Street and headed towards the Interstate 80."

Reportedly, the Omaha police chief, Robert Wadman, had got her pregnant.

Her brother was murdered.

A judge sentenced her to 27 years in jail for perjury.

(BOYS TOWN AND THE POPE)