Heathrow and Gatwick are to invest millions in anti-drone technology.

"Israeli-developed Drone Dome systems are believed to be the technology to be bought." 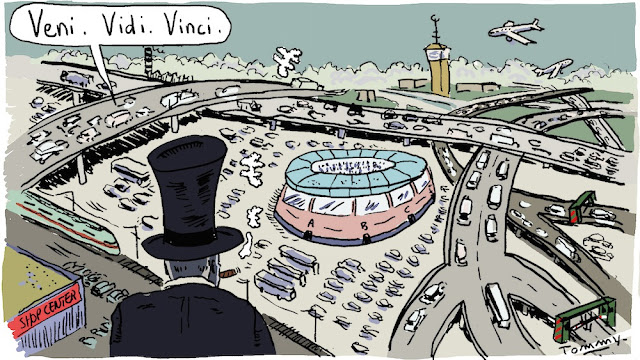 Gatwick airport is now to be sold to the French group Vinci.

Vinci Airports to acquire majority stake in Gatwick for £2.9bn

"Vinci has been involved in numerous scandals both in France and globally.

"One of the fastest growing divisions, Vinci Energies, is involved with new surveillance and monitoring technologies.

"In the UK, Vinci was one of the major construction companies that ran the “blacklist” against trade unionists and other workers.

"In Russia, it is accused of corruption and massive environmental destruction in the Khimki Forest motorway scheme.

"In Qatar, Vinci is accused of using forced labour.

"Over half of all its profits come from its extremely profitable concessions to run much of the French motorway system. Out of every four euros paid by drivers in motorway tolls, one euro goes straight into Vinci’s profits.

The two biggest shareholders are US fund BlackRock and the dictatorship of Qatar."

On Christmas day, Israeli jets carried out an unprovoked attack on Syria. The Russian Ministry of Defense confirmed that the Israeli jets flew in to firing position – just as two civilian passenger airliners were in the air preparing for their landings into Damascus airport. Israel’s IDF Used Passenger Airliners as Cover During Christmas Day Attack on Damascus

In 2009, the New York based Global Infrastructure Partners, GIP, bought a majority stake in Gatwick airport.

The other owners include funds from Abu Dhabi, California and South Korea.

In April 2018, it was reported that GIP was considering the sale of much of its stake.

Ogunlesi was part of Donald Trump's Strategic and Policy Forum,[10] which was disbanded on Aug 16, 2017. 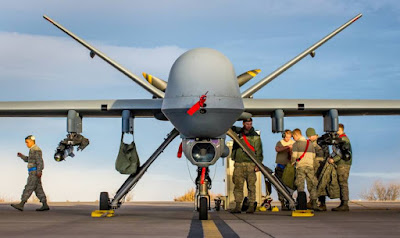 "It is very sophisticated; it is pre-planned..."

The Gatwick attack was most likely organised by certain security services, in order to increase the sales of 'drone dome' systems throughout the UK and beyond. 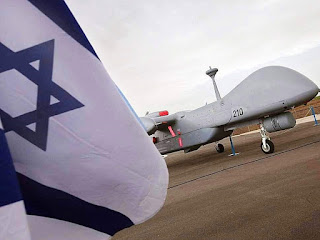 "Some experts say the sophistication of the equipment used suggests a hostile foreign government may be involved."

"Chillingly, a state sponsor could be behind the attacks."

'I can say that we are able to now deploy detection systems throughout the UK to combat this threat.' 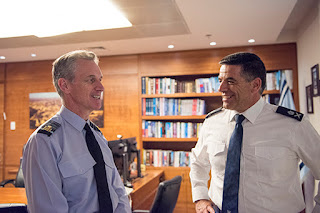 Did he discuss drones?

The cooperation between the air forces began with the establishment of the Israeli Air Force, when its first pilots were trained by British pilots. 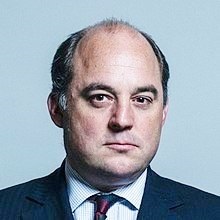 The UK Security Minister Ben Wallace says that certain people are apparently planning  to use explosive-packed drones to take down targets.

Wallace says that these people are planning attacks on airports and airliners.

Wallace met with airport officials to discuss this matter just days before 'a drone' brought Gatwick Airport to a standstill.

Wallace says that it is al-Qaeda that is apparently planning  to use explosive-packed drones to take down targets.

The Wallace surname was adopted in the 19th and 20th centuries as a replacement for various Jewish and Eastern European surnames. From Wallechinsky came Irving Wallace the writer; from Woleck came Mike Wallace, the CBS 60 Minutes correspondent. 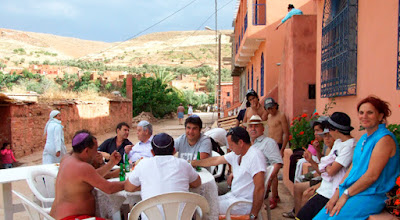 Jews in Morocco. On 6 December 2018, Morocco voted against a UN resolution condemning Hamas. On 17 December 2018, the bodies of Louisa Vesterager Jespersen, a 24-year-old Danish woman, and Maren Ueland, a 28-year-old Norwegian woman, were found decapitated near to the village of Imlil in the Atlas Mountains of Morocco. [3][2]

MI5 was involved in the Gatwick airport event.

National Security Secretariat directors 'stepped in' to take command of the Gatwick incident.

"MI5 intervention came ... after a drone at the Sussex airport unleashed travel chaos." 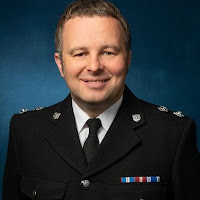 Were there any drones over Gatwick airport?

Detective Chief Superintendent Jason Tingley has said that there is 'no available footage (of drones) and they are relying on witness accounts.'

Asked about speculation there was never a drone, he said: 'Of course, that's a possibility. We are working with human beings saying they have seen something.'

"Questions have also now been raised as to why ministers' refused to sanction the deployment of a crack team of military electronic warfare specialists who could have brought the crisis to a halt just hours after it started."

Who gains from the drone attacks at Gatwick airport in the UK?

Follow-on orders for Israeli 'Drone Dome' systems are likely to materialize from the UK beyond the initial six units. 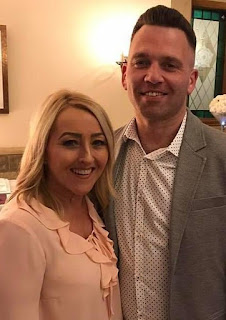 Paul Gait, a double-glazing fitter, and his wife Elaine Kirk, were the suspects in the Gatwick drone attacks.


The couple have now been released without charge.

Gemma Allard, Paul Gait's boss, told The Mirror, "Paul was with me at work the whole time the drones were up.

"Paul comes to my house every morning - I’ve got a child with him.

"The morning of this going on, he was sitting in my front room having a cup of tea with me - and the rest of the day he was working." 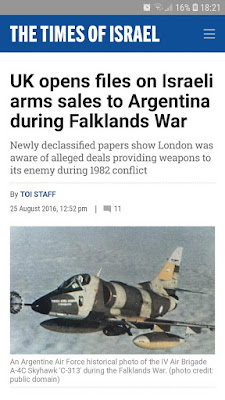 After leaving the Army, Paul Gait worked as a security guard for the council in Tunbridge Wells, Kent, where he monitored the town's CCTV cameras.

His Facebook profile shows him as 'an easy-going, hands-on dad who likes tinkering with toy planes'.

Lord Moyne. In November 1944 Lord Moyne was murdered by members of the Jewish Stern gang in Cairo and there were plans to assassinate UK Government Ministers, including the Foreign Secretary Ernest Bevan. ISRAEL'S ASSASSINATIONS

According to Gemma Allard, Paul's boss at Allard windows:

'When the drone attack started, Paul was sitting in my front room in Crowborough having a cup of tea, and the rest of the day he was working at my clients' houses.

'Paul is not a drone enthusiast, he is a model aircraft enthusiast.

"He had a drone, but he has not got a drone at present, and he was that far away... 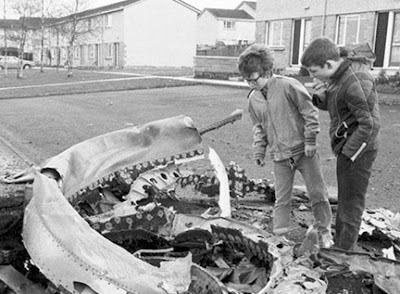 Her ex-husband Ian Kirk said: 'There is no way that Elaine could do this. She hates drones and she cannot even operate them.'

Paul Gaits has had an interest in small 'amateur' drones.

Authorities and experts believe the unmanned aerial vehicles used in the drone attacks at Gatwick Airport were much more sophisticated, commercial-level devices.

Sussex Police said the drones were believed to be of “industrial specification.” 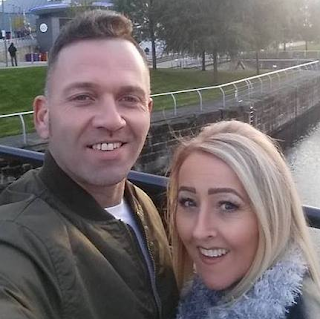 The couple arrested on suspicion of the Gatwick drone attack are a husband and wife from Crawley, Paul Gait, 47, and his wife Elaine Kirk, 54.

Paul Gait and Elaine Kirk were detained by police at their detached home at around 10pm on 21 December 2018.

Father of two, Mr Gait, who works as a window fitter, is understood to be a drone enthusiast.

But his boss insisted he had been working when the drone attacks were taking place and said he would be shocked if he had anything to do with the incident.

Gemma Allard, 40, and her dad run Allard Double Glazing.
Paul Gait's boss, John Allard, who runs Allard Double Glazing in Crowborough, said: 'Paul normally comes in around 7.45am and I remember on those days he then worked late on site on a fitting job. I  don't think it can be him. He was busy on site working when it was happening.'

The British army bought six Drone Domes in August 2018 for $20 million and was reportedly the first overseas customer for the system.

The £2.6m Israeli 'Drone Dome' system that the Army used to defeat ... 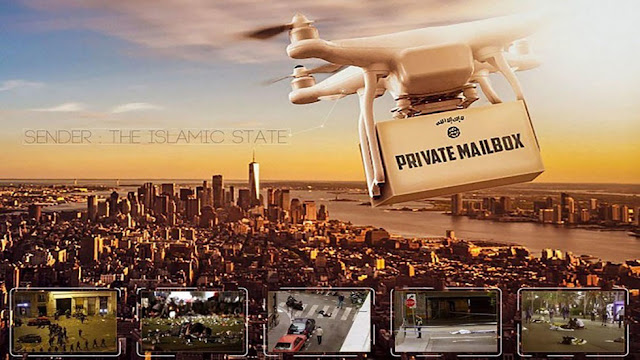 "ISIS has launched a new propaganda campaign against the West, threatening US and EU cities with drones, in a new poster prompted by the travel chaos at London's Gatwick Airport."

For a number of years, the police have used the Skyranger surveillance drone to patrol Gatwick airport. 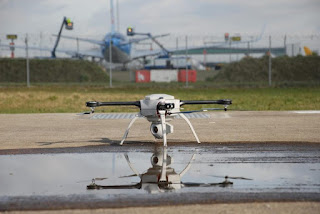 In 2016 it was announced that Surrey and Sussex Police had acquired four new state-of-the-art drones.

The extra 'Aeryon SkyRangers' added to one which has been used to support policing operations at Gatwick since March 2014. 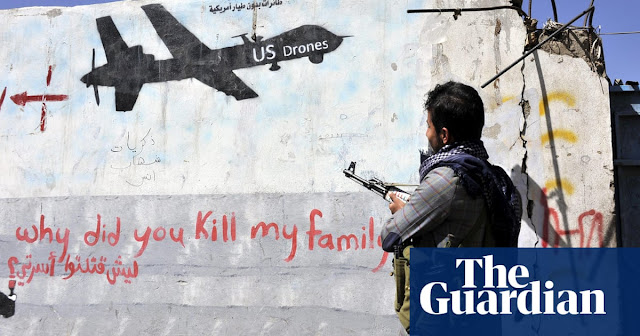 MI6 suspect Russia of being behind the Gatwick Chaos.

"There is a UK programme, the Integrity Initiative, whose entire purpose is to pump out covert disinformation against Russia, through social media and news stories secretly paid for by the British government.

"And we have the Skripals' MI6 handler, the BBC, Porton Down, the FCO, the MOD and the US Embassy, working together in a group under the auspices of the Integrity Initiative."

Why is there no video footage of the drone(s)? Surely if put on national news, someone will have seen one at an industrial unit, neighbours house, in a field somewhere etc and then inform the police. Is this covering up something more sinister? #Gatwick

The British government sends drones all around the world to blow up men, women & children. Excuse me for putting the #Gatwick shambles into perspective.

Christina Ayiotis‏ @christinayiotis
German airports on alert amid spying reports at Stuttgart. “Since the Strasbourg attack, suspicious activity had been spotted at both Stuttgart Airport and at Charles de Gaulle airport in Paris”

Christina - I'd be interested to know your view as to whether there could be any connection with Gatwick Airport, UK having been closed for almost 30 hours, allegedly owing to 'drones' in the area?.....All seems rather more than coincidental.