On 7 November 2018, a mass shooting took place in Thousand Oaks, California, United States, at the Borderline Bar and Grill, a country-western bar frequented by college students.[4][5][6]

Twelve people were killed, including a police officer. One other person was shot, while twenty-four were injured.

The attacker was also found dead of a self-inflicted gunshot wound inside the bar and was identified as 28-year-old Ian David Long,[7] a United States Marine Corps veteran.[8][9][10]

A man interviewed by the local ABC station said that multiple friends inside Borderline had survived the Route 91 country music festival shooting at the Mandalay Bay casino in Las Vegas just over a year ago.

"A lot of my friends survived Route 91,” he said. “If they survived that, they will survive this.”

The Las Vegas massacre was the deadliest shooting in US history after gunman Stephen Paddock opened fire on a crowd, killing 58. 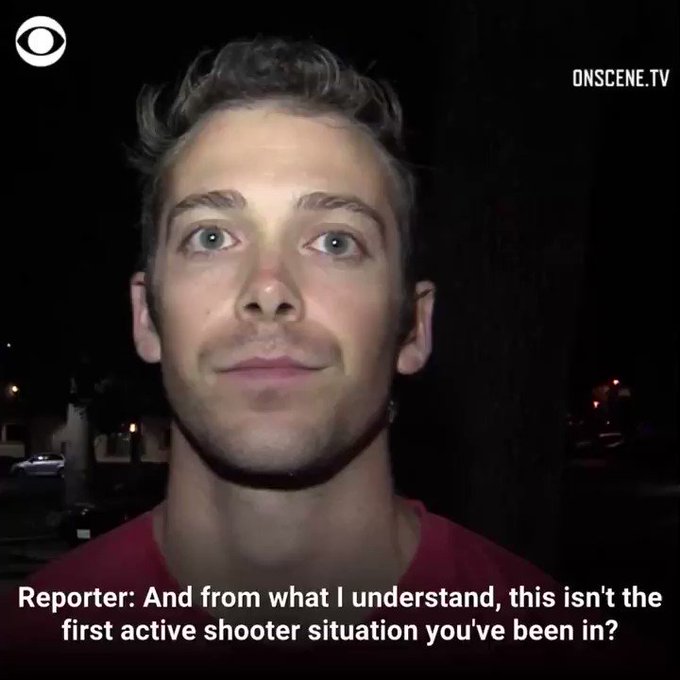 "I was at the Las Vegas Route 91 mass shooting": Man inside Southern California bar when a gunman opened fire was with "probably 50 or 60 others" who were also at the Las Vegas massacre last year. https://cbsn.ws/2Qt1jXm