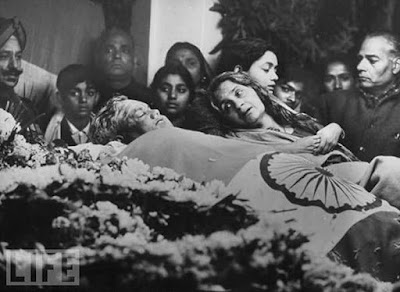 When he died, Shastri was in Tashkent, in the USSR, to sign the Tashkent Accord, which formally ended the Indo-Pakistan War of 1965, which had been started by Pakistan.

The KGB suspected that Shastri had been poisoned.

CIA agent Robert Crowley 'confirmed that the death of Lal Bahadur Shastri was the work of the CIA'.

The interview of an ex-CIA officer 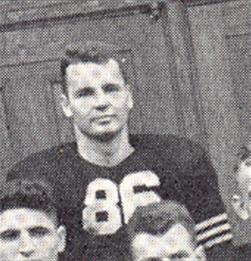 
The interview of an ex-CIA officer


FORMER CIA OFFICER ROBERT T CROWLEY: We had trouble, you know, with India back in the 60s ...

The thing is, they were getting into bed with the Russians...

He had an unfortunate accident. He was flying to Vienna to stir up more trouble when his BOEING 707 had a bomb go off in the cargo hold and they all came down on a high mountain way up in the Alps ...

JOURNALIST GREGORY DOUGLAS: Was Bhabha alone on the plane?

CROWLEY: No it was a commercial Air India flight.

DOUGLAS: How many people went down with him? 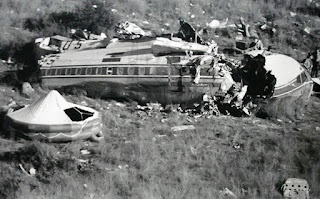 JOURNALIST GREGORY DOUGLAS: Why not send him a box of poisoned candy? Shoot him in
the street? Blow up his car? I mean, why ace a whole plane full of people?

FORMER CIA OFFICER ROBERT T CROWLEY: Well, I call it as I see it...

CROWLEY:  Did I tell you about the idea to wipe out Asia 's rice crops? We developed a disease that would have wiped rice off the map there and it's their staple diet.

The ******* rice growers here got wind of it and raised such a stink we canned the whole thing. The theory was that the disease could spread around and hurt their pocketbooks...

CROWLEY: We could never get to Mao but at one time, the Russians and we were discussing the how and when of the project. Oh yes, sometimes we do business with the other side. Probably more than you realize.

One of Crowley's first major assignments within the CIA was to assist in the recruitment and management of Nazis.