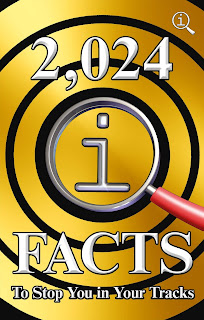 Valium is present in potatoes.

Dogs see in blue and yellow.

The dome of the Taj Mahal is held together with sugar, fruit juice and egg whites.

Eighty-five per cent of bikinis never get wet. 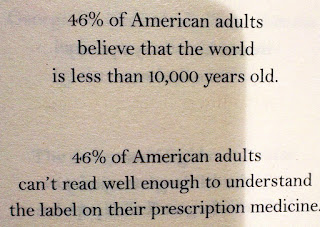 Twenty-five per cent of the world's prisoners are in the U.S.

Half of all the plastic that has ever existed was made in the past 13 years.

Mosquitoes are responsible for half the deaths in human history.

Babies have half as much chance of developing asthma if there's a cat in the house.

"Bagpipes have been played for a millennium or more throughout large parts of Europe, northern Africa, and western Asia, including Turkey, the Caucasus, and around the Persian Gulf."
...
QI: more amazing facts

Jimmy Carter once sent a jacket to the cleaners with the nuclear detonation codes still in the pocket.

In 1881, there were only six men in Britain called Derek.

China is the world's largest supplier of Bibles.