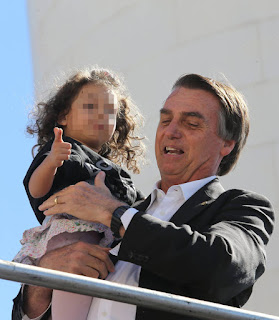 "On social networks, Fabian Neves dedicated his time almost exclusively to exalt Jair Bolsonaro, to shout 'against corruption', the 'communist danger' and pose beside his wife on overseas trips.


"In real life, the businessman raped a 13-year-old girl." 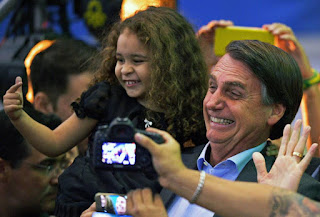 Jair Bolsonaro appears to be Israel's man in Brazil. 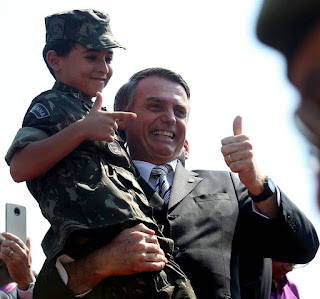 The CIA and its allies reportedly want Jair Bolsonaro to win the October 2018 election in Brazil.

"Bolsonaro has promised to donate Brazil's Alacantara rocket launching base to the Americans and to privatize everything.

"Bolsonaro could serve as a focal point of US interests in the region, intervening in Venezuela and countering Russian and Chinese interests in South America."

"The growth of Bolsonarian fascism ... is turbo charged by an avalanche of fake news...

"It is an old tactic developed by American and British intelligence agencies...

"It was used in the Ukraine, in the Arab Spring and in Brazil during 2013." 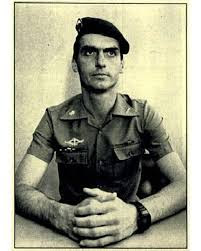 Jair Bolsonaro, who has a military background.

Jair Bolsonaro's great-grandfather was German, and a soldier in Adolf Hitler's army. 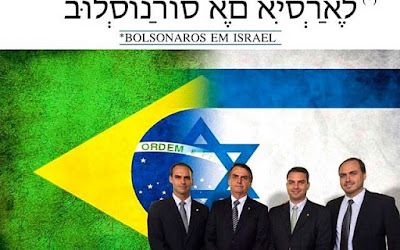 The Zionist Jair Bolsonaro recently announced that, if elected, he will move Brazil’s embassy from Tel Aviv to Jerusalem. 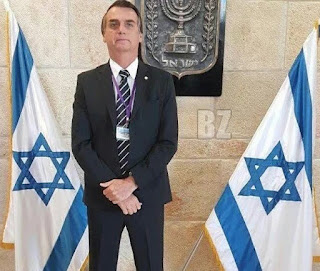 Bolsonaro has very close ties to Israel, which is linked to the drugs trade in Brazil.

There he set up a 'one girl talent' agency.

The 'one girl' was Xuxa (Maria da Graça Meneghel).

Xuxa, in the movie Amor Estranho Amor (Love Strange Love), plays the part of a prostitute who seduces a 13 year old boy.

Rothstein, like David Headley, worked for the US Drugs Enforcement Administration.

Reportedly, Rothstein was born in Brazil.

Aged 17 he fled to Israel and joined the Israeli Army and then Mossad.

He became involved in drug smuggling.

In 1982 Rothstein was in Nicaragua helping Lt. Col. Oliver North during the Iran-Contra Affair.
He worked alongside CIA agents who were getting cocaine from Pablo Escobar through General Manuel Noriega and smuggling it into the USA for sale to street gangs on the East and West Coast.

After Nicaragua, Mossad sent Rothstein to São Paulo, Brasil, where he developed Xuxa into a rock and roll super star.

He bought a home in North Miami Beach and maintained close ties with the CIA.

His drug smuggling made good profits.

Reportedly, he now lives in Israel.

Xuxa (Maria da Graça Meneghel) has amassed a fortune of over $100 million.

Xuxa's father was in the Brazilian military.

At age 15, Xuxa was followed home by a magazine publisher who invited her to become a model.

She became a centerfold in Playboy.

Aged 20 she was given her own TV show, Clube da Criança (Children's Club).

She became a film star and continued to make TV programmes with children. 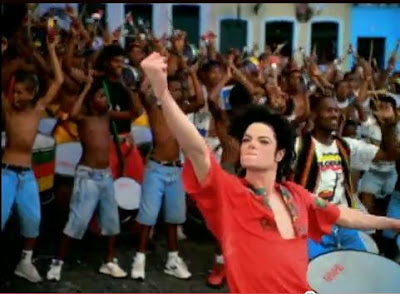 "The Santa Marta favela was the first Rio slum to be 'pacified' 10 years ago. Today the entrance to Santa Marta, famous for its visits from Michael Jackson and Madonna, is guarded by a young bare-chested drug trafficker in board shorts and flip flops with an AK-47." ft.com

In 2000, the Israeli Vice Consul in Rio de Janeiro, Arie Scher, fled from Brazil and returned to Israel.

Scher was being investigated in connection with child sex allegations.

Pornographic pictures and videotapes of young children had reportedly been filmed at Scher's house.

Reportedly, Arie Scher was head of a child prostitution ring which recruited girls as young as nine years old and organized sex parties with the children for Israeli tourists.

Reuters reported: "Police said a young girl testified she was filmed and photographed by the teacher, Georges Schteinberg, having sex with Israeli tourists.

"She also explained that Scher participated in some of the sessions . . . . ‘We confirmed that the pornographic pictures were taken next to the consul’s pool and on his deck,’ said Roberto Costa, a chief investigator for the civil police." 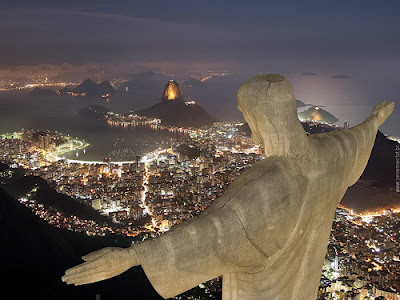 23 Jun 2013 - "To the irritation of Washington, Brazil has failed to extend support on issues such as the 2011 intervention in Libya, where Brasilia thought the ... 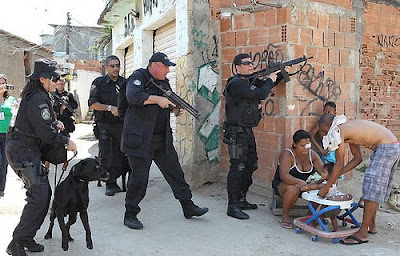 21 Jun 2013 - Brazil is under attack because it is friends with Russia and because it has a moderately successful economy? The riots in Brazil may have a link ... 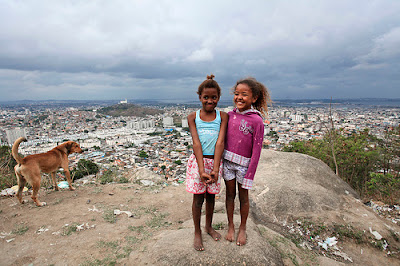 7 Aug 2018 - Marcel Crivella is a gospel singer. Marcelo Crivella is also a Brazilian evangelical bishop. He is a bishop of the Universal Church of the ..

5 Jul 2015 - Hillsong Church was founded by Frank Houston and his son, Brian ..... he frequently traveled to Belo Horizonte, the CIA headquarters in Brazil

25 Jun 2015 - Some people might suspect that the homophobic Edir Macedo is a fraud. 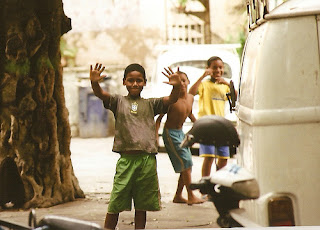 9 Aug 2016 - An almost empty bus sped me from Rio airport to the centre of the city. The sky was full of black tropical clouds, but the air was warm and getting ...