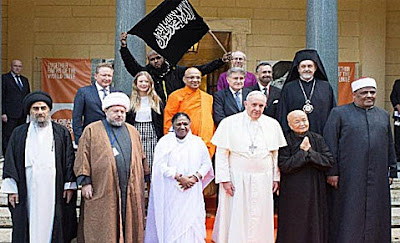 The guru called Amma has drawn 32 million people 'into her embrace'.

At the moment I am visiting Amma the Hugging Mother near Barcelona.

Amma, how real is she?

A former Amma devotee writes: "Allowing people to pray to you, kneel to you, and worship you as God Incarnate is not the behavior of someone who wants people to recognize themselves as magnificent, powerful expressions of God." Amma and the Israeli consul.

Amma is one of the 25 core leaders in the U.N.'s religion parliament.

"An email from her former joint-secretary alleged that she cooks the books, that the money she gathers for charity doesn't go to the charities she claims.

"I've read accounts by her former monks of the unexplained wealth of Amma's family, how her charity hospitals won't take the very poor because the poor don't have money enough for treatment.

"I’ve read about 'suicides' and unexplained deaths of ashram devotees.

"So many dead bodies have appeared in the waters outside the ashram that The Indian Express, New Delhi's daily newspaper, printed an account of local citizens demanding a police investigation into the matter..." 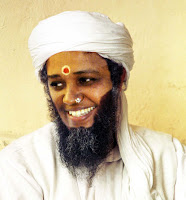 "My husband and I were with Amma from 1987 to 1993, hosted her once in our home, and held the Seattle Amma gatherings in our clinic during that time.

"We left abruptly after learning directly from Kusuma, one of her closest disciples, that Amma had used orphanage money to pay for a Mercedes, then lied to the American board of the organization about it"

"It was discovered, after a team of independent financial investigators analysed the data, that only 10% of the foreign money donated actually finds its way to real charity. That over 68% is left sitting in foreign bank accounts.

"Gail Tredwell (author of ´Holy Hell` who was 20 years personal assistant to A. till 1999) states she delivered bags of gold and cash to the relatives."