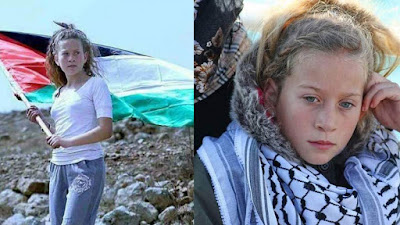 In Palestine, 17-year-old Ahed Tamimi was arrested by the Israeli military, because she opposes Israel's occupation of her land.

"It is four weeks since she was released from prison."

"Ahed, 16 and tiny, slaps and punches an Israeli soldier in full military gear standing in her front yard; the family says this happened hours after a rubber bullet hit a cousin in the head."

In Palestine, Ahed is revered.

In Israel, she is reviled.

The Financial Times has had lunch with Ahed, at the Reef Cafe in Ramallah. 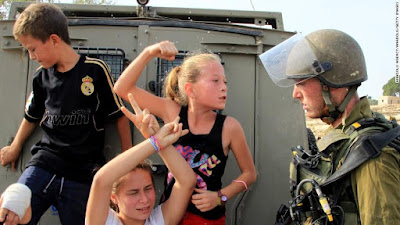 "In the West Bank, Israeli settlers now number about 400,000 and enjoy a freedom of movement that Palestinians are denied.

"Ahed’s father talks of how he spent days in a coma in 1993 after being shaken violently during a military interrogation.

"He says his sister died after being pushed down the stairs at a military court by a soldier."

Ahed's mother, Nariman, says she was beaten and repeatedly strip-searched during a detention. 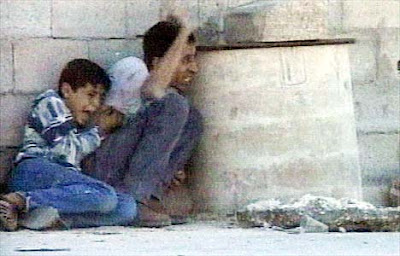 Some Israelis get a thrill from killing kids like 12-year-old Muhammad al-Durrah.

"Ahed has evoked levels of sympathy for a Palestinian unseen since the televised killing in 2000 of 12-year-old Muhammad al-Durrah..."

The Jewish settlers are targeting Ahed, calling for her to be killed.

They have posted [maps online that show] the road to Ahed's house.