Pastor Andrew Brunson knows too much about Operation Gladio? 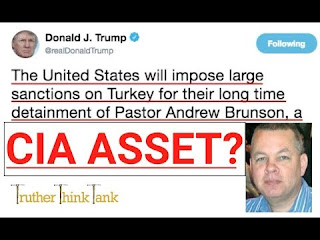 Andrew Brunson  is an American pastor in Turkey, arrested in  2016 during the purges occurring after the 2016 Turkish coup d'état attempt.

Brunson is a member of the same church as Secretary of State Mike Pompeo, formerly boss of the CIA.

US Sanctions Turkey Over the arrest of CIA Pastor Brunson

A December 14, 2016 Sabah daily news story, said to be based on an informant, claimed that Brunson, while dispensing aid among Syrian refugees, tried to divide Turkey with sermons praising Gülenism and by speaking in support of the banned Kurdistan Workers' Party (PKK).[16]

The pro-Erdogan administration newspaper Takvim alleges that Brunson was a "high-level member of the Gülen movement" and an American spy, positioned to become CIA chief in Turkey had the 2016 coup attempt succeeded.[31]

Takvim's editor-in-chief, Ergun Diler, alleged that Brunson fended off an assassinaition attempt thanks to his intelligence agency training, further claiming that Brunson was influential all over the region.

Diler speculated that the CIA would assassinate Brunson in prison if it thought he would not be deported back to the U.S.[32] 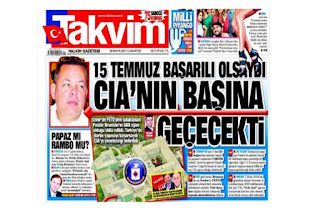 The journalist Sibel Edmonds argues that a Deep State group within the CIA intervenes whenever there is progress in the Brunson case.

She suggests that the US Deep State planned to fatally poison Brunson while he was in jail and put the blame on Turkey. 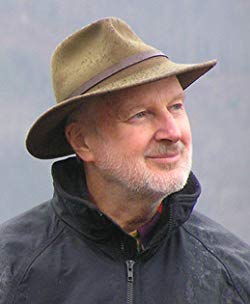 Graham Fuller - the CIA man linked to Operation Gladio's use of Moslems.

"On April 11, 2011, Brunson was injured in an armed attack by a person named Mehmet Ali Eren while he was chatting with his friend at the churchyard.

"During the incident, the attacker shouted: 'You traitors! We will bomb the church in Manisa. And Al Qaeda will claim responsibility for this.'

"After that, the same attacker became a follower of the very church led by Brunson.

"It was even reported that this person was running errands for Brunson's wife Norine Brunson." 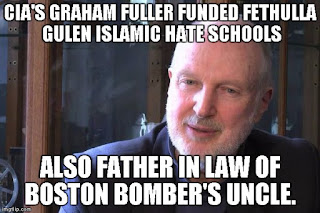 Ruslan Tsarni, known as Ruslan Tsarnaev, married the daughter of former top CIA officer Graham Fuller who, in 1986, became the Vice-Chairman of the ...

29 Apr 2013 - The Boston Bombers' relative, Graham Fuller of the CIA, is an associate ... The Tale of Uncle Tsarnaev, CIA Chief Graham Fuller and a Turkish .

12 Apr 2017 - The CIA's Graham E. Fuller, the uncle of the alleged Boston bombers, helped design the CIA policy of recruiting Moslems and using them to ...
Posted by Anon at 11:16