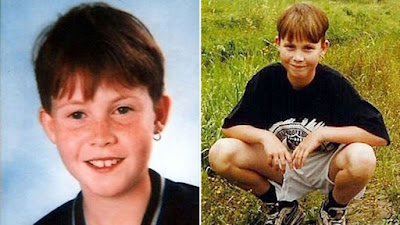 On 11 August 1998, 11-year-old Nicky Verstappen was allegedly found dead in a pine grove in the south of Holland, near Maastricht and Liege and certain NATO bases.


Nicky had been camping with a youth group.

Nicky's body was allegedly found 1,200 metres from the camp. 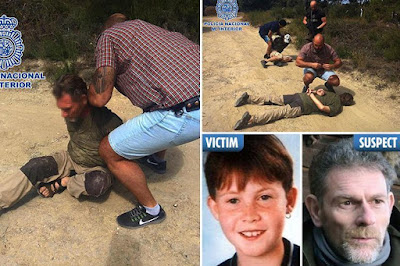 Jos Brech arrested in Spain for 1988 murder of Nicky Verstappen

Prince Bernhard of the Netherlands was the first president of the Bilderberg Group. Reportedly, as a child, Regina Louf visited his yacht Jumbo VI. Regina Louf was one of the child victims of the Dutroux pedophile gang.
1990 - 'A' contacted the National Association for Young People in Care (NAYPIC) and says that as a young teenager he was forced to film snuff movies in a warehouse in or around Amsterdam.

Before he can give testimony, he is drugged and pulled into a van. He is never heard of again.

1990, October - The UK police are informed of (1) Alan Williams trafficking boys into Amsterdam (2) a dozen tapes, produced in a house in North London with bondage room for boys, delivered to Alan Williams (3) Warwick Spinks selling a special video for £4,000 of a boy 8/9 being tortured by 2 men.

Spinks is connected to the Temse network (Belgium-Holland-Portugal) and to organized holidays which include filmed child abuse in Madeira, run by Norbert De Rijck and De Souza.

Spinks is paying trips to Robert Van Der Naeten, who is smuggling kids from Madeira to the Dutch brothels.

The 'Zandvoort File' revealed a network which dealt in the kidnapping, torture and sexual abuse of children, even infants.

(Spinks is investigated in 1992 in connection with filmed rapes, tortures and murders of at least 5 children.)

Manuel Schadwald who went missing in 1993.

Reportedly, a top politician from Holland was present when a young boy was murdered. Reportedly there are photos of the top politician, in the nude, with the boy.

Censored31 threatens to spread picture of naked SG of Justice

Spinks is suspected of involvement in the Manuel Schadwald case. He is close to Lothar Glandorf, in whose brothel Manuel was seen.

Furthermore, Spinks will talk of a boy murdered in a Dutch snuff movie who, according to his friend Frank, was nicked named “Manny” and fitted description of Manuel.

Warwick Spinks leaves Holland for England and lives in Hastings, when he was finally charged for abducting and raping two street boys from London and selling one of them to a Dutch brothel.(5yr jail)

1998 - The 'Zandvoort File' comes to light when the Belgian founder of the child support group 'Werkgroep Morkhoven', Marcel Vervloesem, provides a mountain of evidence to Dutch police indicating the operation of a network which deals in the kidnapping, torture and sexual abuse of children, even infants.

Included in this evidence are high-profile names and matching bank account details proving their involvement.

"Mr. Vervloesem's reward is to be framed for child rape and possession of child pornography. He is currently languishing in a Belgian prison."