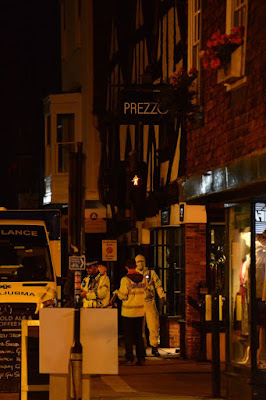 
On 16 September 2018, in a Salisbury restaurant, a 'Russian' couple fell ill with symptoms similar to Novichok poisoning.

Wiltshire Police later confirmed that "there is nothing to suggest the nerve agent is responsible".

A source said: 'The symptoms of Novichok poisoning and particular types of narcotic abuse are very similar'. 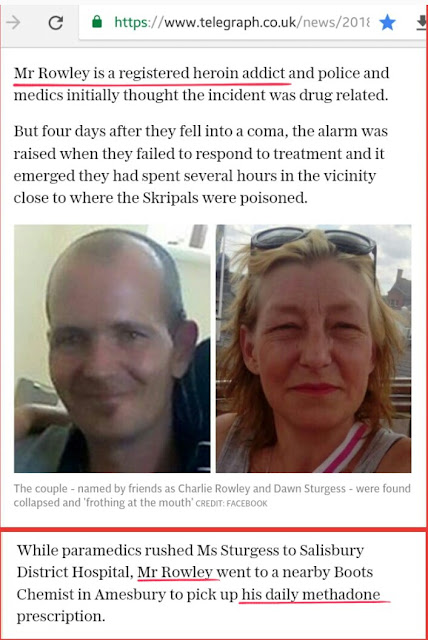 Police in Wiltshire have declared a major incident and a number of areas - including an A&E department at a hospital - have been quarantined and cordoned off, after 'exposure to an unknown substance' left two people fighting for their lives.

It is understood that police suspect fentanyl, a synthetic opiate many times stronger than heroin, may have been involved. A man and a woman are in a critical condition and up to 10 other people are involved.

'Novichok survivor' Charlie Rowley has been rushed to hospital after 'going blind' - but medics don't believe his condition is related to the nerve agent.

The 45-year-old was rushed by ambulance to Salisbury General Hospital in Wiltshire on Saturday.

He has been placed in intensive care but doctors don't believe his temporary blindness is related to his exposure to Novichok, the Sun reported.