In the mid 1960s, the CIA got the Indonesian military to put General Suharto into power in Indonesia.

Around one million Indonesian civilians were murdered by the military and the CIA's Islamists.

In 1998, the CIA got the Indonesian military to topple Indonesia's President Suharto, who had fallen out with the CIA.

The military dressed up young soldiers, and various criminals, to make them look like rioters. 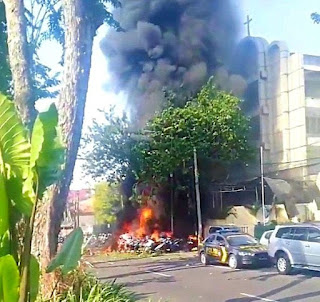 Suharto's top generals, trained in the USA, are still in power -

3. General Prabowo hopes to become the next President of Indonesia.

In Indonesia, the gap between the rich and the poor continues to grow.