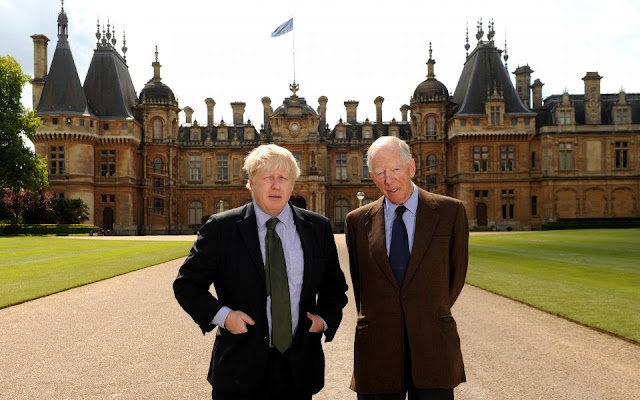 The Kosher Nostra Jews are fans of Leo Strauss, who believed that "an elite should use deception, religious fervor and perpetual war to control the credulous population."

The Israelification of British and American society..

Most of the Jews I have known are lovely, friendly, decent people. "There is one man who can properly be regarded as the father of Zionism and Nazism: Benjamin Disraeli.

"Disraeli called for an Aryan-Semitic alliance to form an organized superior 'Caucasian race' that was destined to rule the world..."

"In 1877, the British Prime Minister, Disraeli, wrote a blueprint for a Zionist state in Palestine under British rule."

Osama bin Laden at Oxford (on the right). The crypto-Jew Osama bin Laden lived for a time in London. 'Bin Laden was the financier and logistics expert for the CIA's fighters in Afghanistan. Bin Laden made commission on transactions, and this money was laundered by the Jewish Russian Mafia.' Drugs, Oil, and War

The Jews are reported to have arrived in England in 1066 with William the Conqueror.

According to From Domesday Book to Magna Carta (1951):

(The Edict of Expulsion of 1290, expelling the Jews from England):

"As usurers ... they had gained a strangle-hold on the recently founded monastic houses whose splendid buildings they had financed, and on many of the smaller aristocratic families..." 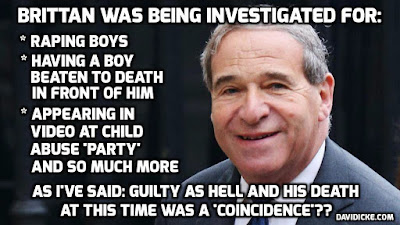 Sir Leon Brittan, a Lithuanian Jew, who was in charge of MI5.

Officially, the Jews were expelled from England in 1290 in the reign of King Edward I.


However, there is evidence of an established Jewish community in London after 1290.

(Oliver Cromwell - Cromwell and the Jews)

According to Dr John Coleman: "The Jewish Cecil family ... had controlled the British monarchy since a Cecil became the private secretary and lover of Queen Elizabeth."

Officially, the Jews were readmitted in 1656 by Cromwell.

The Amsterdam based Rabbi, Menasseh ben Israel, is credited with organising this.

(How Cromwell gave us Joan Collins and other luminaries - Telegraph)

In the late 19th century, there was mass immigration of Jews from Eastern Europe.

The UK's Archibald Ramsay was an 'extreme' right wing opponent of 'Jewish' communism and the alleged Jewish campaign for world domination.

In the 1930s, Ramsay was allied with those top people who were fans of Franco in Spain and Hitler in Germany.

Apparently, Ramsay did not realise that the top Nazis were Jewish.

The members of the Establishment who were opposed to Ramsay included influential communists and Jews. 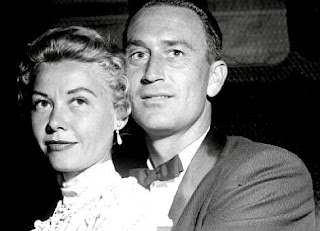 "Lord Victor Rothschild ... made Churchill's decisions, including the bombing of the food trains into the concentration camps, and the continued strafing of the inmates. Rothschild is on record as saying: 'There will be no room in the new country for shnorrers' (poor Jews)." The Truth Seeker - The Biggest Secret of World War II

The Nazi Jews are said to have put the shnorrers into concentration camps. 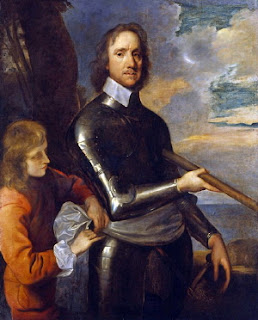 Ramsay believed that alleged Jewish manipulation of the British Establishment dated back at least to the time of Oliver Cromwell.

According to Archibald Ramsay, in his 1952 book "The Nameless War," Oliver Cromwell acted as a paid agent of certain Jews who conspired with him to topple King Charles I.

(Oliver Cromwell:Financed By The Jews)

According to an article, based on Ramsay's book, entitled: 'How the Jews stole Britain' (Cached):

When Charles I was in dispute with Parliament, a Jewish 'Money-Baron' in Holland, named Manasseh Ben Israel, had his agents contact Oliver Cromwell.

They offered him large sums of money if he would overthrow the British monarchy.

The head of 'the Jewish underground' in England at that time was a Jew named De Souze, who became Portuguese Ambassador to England.

The Jewish plotters introduced Calvinism into England to split Church and State, and divide the people. 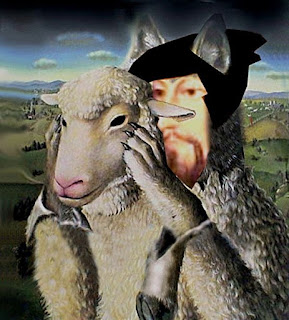 Calvin
Calvinism is of Jewish origin.
Calvin’s real name was Cohen.
When he went from Geneva to France he became known as Cauin. Then in England it became Calvin.
At the B’nai B’rith celebrations held in Paris, France, in 1936, Calvin, was enthusiastically acclaimed to have been of Jewish descent.

The Jews organized armed mobs to aggravate every situation.

He remarks that he obtained information from the records of Melchior de Salem, a Jew, who was French Envoy to the British Government at that time.

Disraeli draws attention to the similarity between the British and the French revolutions.

In an article, in the issue of 3 September 1921, he explained how his friend, L.D. Van Valckert of Amsterdam, had come into possession of a volume of records of the Synagogue of Muljeim.

"In return for financial support will advocate admission of Jews to England. This however impossible while Charles living.

"Charles cannot be executed without trial, adequate grounds for which do not at present exist.

"Therefore advise that Charles be assassinated, but will have nothing to do with arrangements for procuring an assassin, though willing to help in his escape."

In reply to this dispatch the records show E. Pratt wrote a letter dated July 12th, 1647 addressed to Oliver Cromwell.

"Will grant financial aid as soon as Charles removed, and Jews admitted.

"Charles should be given an opportunity to escape.

"His recapture will then make trial and execution possible. The support will be liberal, but useless to discuss terms until trial commences."

On November 12th 1647, Charles I was given the opportunity to escape.

The majority in Parliament, on 5 December 1648, agreed 'That the concessions offered by the king were satisfactory to a settlement.'

in favour of a settlement with the King.

The conspirators couldn’t find an English lawyer who would draw up a criminal charge against King Charles.

Carvajal instructed a Jew, Isaac Dorislaus, Manasseh Ben Israel’s Agent in England, to draw up the indictment upon which King Charles was tried.


Charles was found guilty of the charges levelled against him by the International Jewish money-lenders.
On January 30th, 1649, he was beheaded.
The Jewish money-lenders had had their revenge because Edward I had expelled the Jews from England.
Oliver Cromwell received his Blood-Money. 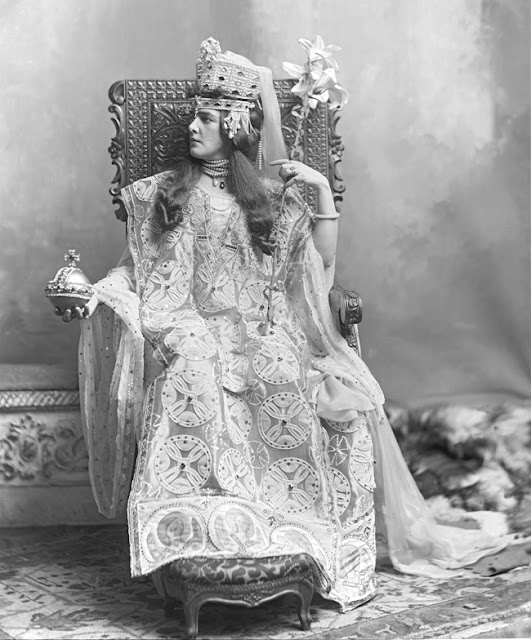 "If you’re on the biggest kind of job and are bound to get to the real boss, ten to one you are brought up against a little, white-faced Jew in a bath-chair, with an eye like a rattlesnake."

THE THIRTY NINE STEPS and JEWS

According to Suraci:
Cromwell's siege of Drogheda, in Ireland, took place in September 1649 at the beginning of Cromwell's conquest of Ireland.

According to Wikipedia, the date was 11 September 1649.

Oliver Cromwell was the typical Christian soldier-politician.
"During his lifetime, some tracts painted him as a hypocrite motivated by power [84] " (Oliver Cromwell - Wikipedia, the free encyclopedia )

Oliver Cromwell and other parliamentary leaders have been "presented as... sexual deviants, even paedophiles."
(X * The Later Seventeenth Century -- Steggle et al. 85 (1): 513 ... )

At the siege of Drogheda in September 1649, Oliver Cromwell massacred nearly 3,500 people, including civilians, after the town's capture.[29]

Drogheda in Ireland, 1649.
At the Siege of Wexford in October, another massacre took place, with up to 1,500 civilians murdered by Cromwell's men.[30]

At Drogheda, a group of defenders barricaded themselves in Millmount Fort. They negotiated a surrender, but were then disarmed and killed.

The slave trade is said to have Jewish links. (Slave Trade - Jewish Slave Ship Owners)
Cromwell sent some of the Irish to the West Indies.
Sir William Petty wrote in his The Political Anatomy of Ireland (1672)
(Politics.ie • View topic - Oliver Cromwell was a Pimp and Child ...):
"Widows and orphans... were kidnapped and transported by the slave trading merchants of Bristol..."

From the site Politics.ie • View topic - Oliver Cromwell was a Pimp and Child ..., we learn:

"Cromwell had been informed that Englishmen in the West Indies had 'only Negresses and Maroon women to solace them,' as Cromwell's son Henry put it.

"Cromwell's puritan sensibilities did not hinder him from jumping to supply the colonists lust for fresh young white flesh - and making a good profit to boot.

"A Captain John Vernon, for example, was employed by the Commissioners for Ireland to kidnap 250 Irish girls around twelve years of age and transport them to Barbados.

"Once in Barbados they were raped by their English 'masters'and, later, forced to breed with Black men - as the English officers found the Irish girls 'cold' and they needed to be whipped into submission, where 'half caste' girls, who had been trained to their perversions from childhood, were much more to the English taste.

"It's estimated that tens of thousands of Irish children, both boys and girls, were kidnapped to supply this vile trade."

In 1661, Cromwell's corpse was removed from Westminster Abbey and then dangled from a gibbet at Tyburn. His head was displayed on a spike for 20 years.
Posted by Anon at 01:23