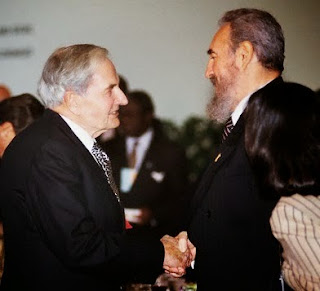 "Members of the consortium were Fidel Castro, David Rockefeller, Henry Kissinger and the IMF, plus a number of major banks and the US State Department.

"Fidel Castro got a dope empire worth more than $35 billion a year." 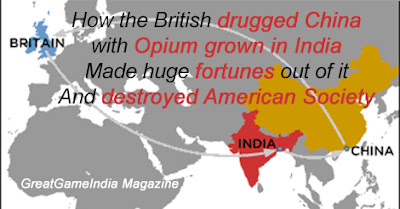 'The shameful opium trade in China, into which the easily corrupted Brits were drawn by Rothschild money, was in fact the brainchild of a British sephardic Jew, Elias David Sassoon.' China and the Jews – Darkmoon.

"The British East India Company ... had the monopoly on the opium trade to China... 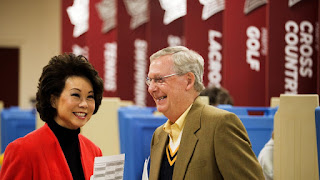 "The trail of drugs trafficking ... leads to Elaine L. Chao and back to Donald Trump, George Bush and the Clintons."

"In August 2014, the ship 'Ping May' of the Foremost Maritime Corporation of daddy Chao was in Santa Marta en route to the Netherlands.

"Before it could leave the port, Colombian inspectors discovered, amidst its load of coal, approximately 40 kilograms (about ninety pounds) of cocaine in 40 separate packages

According to the UN, drugs account for 70 per cent of organised criminal activity.

Reportedly, Afghan heroin is transported by the US Air Force to Kosovo.

Reportedly, Haçim Thaçi distributes the drugs in Europe and America.

William Colby was an officer of the Nugan Hand Bank, 'which was a CIA bank in all but name'. Reportedly, the bank financed drug trafficking, money laundering and international arms dealings.

The late Iqbal Mirchi lived in Hornchurch, in England.

He was allegedly among the top 50 global drug barons.

According to the US authorities he was the right-hand man of Dawood Ibrahim, head of the 'D' company, a worldwide mafia.

Dawood Ibrahim is said to be protected by the CIA.

'US showed lack of interest in Dawood's deportation'

He was once the leader of the Conservative Party.

The family name Hecht was anglicised to Howard.[1] 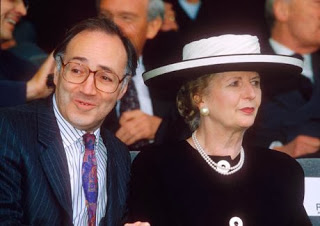 There are allegations that 'Drug Lords' John Haase and Paul Bennett were released from prison after paying a bribe to one of Michael Howard's relatives.

"Career criminal John Haase told a Labour MP that he was released from prison early after making the payment via one of Mr Howard's relatives."

Bakerman was released from prison on the day Howard became leader of the Conservative Party in November 2003.

According to the Guardian, members of an international crime gang were allowed to come to Britain because their leader had links to Customs & Excise.

The evidence for this came out at an immigration appeals tribunal.

The Baybasin Cartel, a Turkish-Kurdish gang, controlled up to 90% of the heroin which entered the UK.

Gang members were involved in protection rackets and extortion in the UK, and were linked to up to 25 murders.

The gang's members were allowed to move from Turkey to London, allegedly after their leader, Huseyin Baybasin, agreed to tell Customs investigators what he knew about the involvement of senior Turkish politicians and officials in the international heroin trade.

Reportedly, Baybasin was encouraged by Customs to come to the UK and arrived via Gibraltar in either late 1994 or early 1995.

Having come to the UK, the Baybasin Cartel ran their vast drug trafficking operation from London.

They and their relatives persuaded a number of politicians to support their attempts to obtain British travel documents.

Among those who agreed to help was Tony McNulty, a former immigration minister, who wrote a number of letters on behalf of Baybasin's wife after her husband was arrested in the Netherlands.

Baybasin, 49, is now serving a life sentence in a Dutch jail.

His brother, Abdullah, 45, who took the helm after his conviction, has now been convicted of conspiracy to supply heroin.

It was at Abdullah Baybasin's asylum hearings that the alleged deal with Customs & Excise was disclosed.

Abdullah was given indefinite leave to remain in the UK last year.

Several other relatives also remain in the UK.

The former UK government minister Dr John Reid has a son called Mark who is married to the daughter of Ronnie Campbell who reportedly is a top drugs gangster.

Sunday Mail - Fugitive and the minister