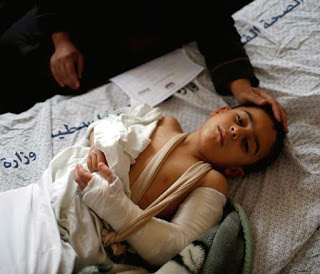 Palestinian Child injured by the Israelis on 30 March 2018.

The Israelis have a long history of torturing and killing children. 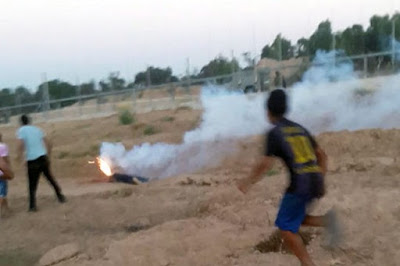 On 31 March 2018, Donald Trump's 'Kosher Nostra' regime blocked a draft UN Security Council statement urging restraint in Palestine and calling for an investigation of the massacre of civilians in Palestine on 30 March 2018.

US blocks UN resolution condemning Israel for deaths in Gaza 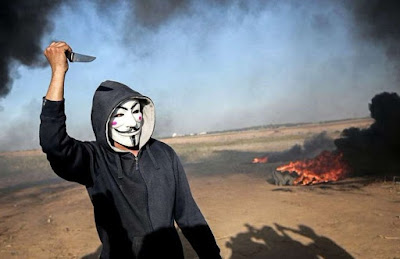 A masked member of the Israeli security services at the protests in Gaza on 30 March 2018?

In this False Flag on 30 March 2018, the Israeli security services appear to have infiltrated the protesters. 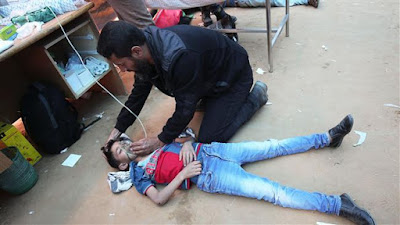 Hamas, which is reportedly run by Mossad, organised the protests. 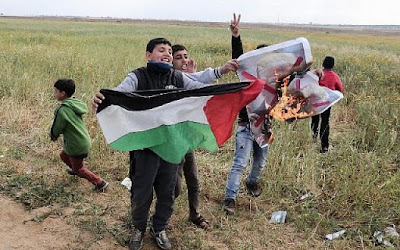 The Palestinians were protesting about their land being stolen by the Israeli Jews.

The Israeli 'Jews' are said to be mainly Khazars who converted to the Jewish religion and so they are not descendents of the people of the Old Testament.

Israel, Palestine invaded by gangsters from New York and Russia.

The Khazars, a warlike Turkic people, reportedly converted to Judaism.

"In 2014, a team of scholars from leading research institutions and museums issued a secret report to the Israeli government, acknowledging that European Jews are in fact Khazars.

"In 2012, Israeli researcher Eran Elhaik published a study showing that Khazar ancestry is the single largest element in the Ashkenazi-Jewish gene pool."


However, some people dispute the Khazar Theory -

Twelve DNA Studies are said to disprove the Khazar Theory.

"The Talmud, the books of Jewish law promoting Jewish extremist supremacism and hatred against all non-Jews, was written hundreds of years before any alleged Khazar conversion."

Why Should the Kosher Nostra Have a Homeland? .

These 'terrorist gangsters' continue to carry out criminal and terrorist activity throughout the world. 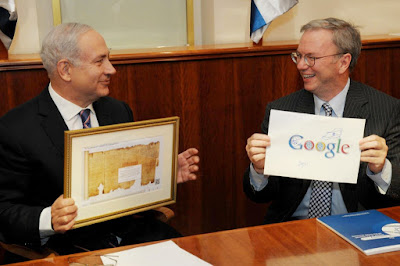 Google associates with Netanyahu, Trump and other alleged Jews. Google has created Doodles for holidays such as Tu B'Av, a Jewish holiday. 'But, They loathe Christians': Google is accused of ignoring Easter

The mainstream media in the West 'is controlled by the Nazi Jews'.

NATO 'is increasingly run by the Nazi Jews'. 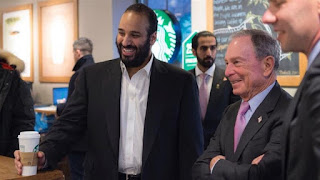 Crown Prince Mohammed, the boss in Saudi Arabia, has been on a US tour to woo US politicians and celebrities.

Saudi Arabia announced on 29 March 2018 that the crown prince had met with three Jewish rabbis in New York.

Al Qaeda and ISIS are also run by the Israelis and their friends.

The Electronic Intifada provides some truth in the Palestine conflict.


The rich elite have a tendency to treat 'lower mortals' with contempt.

The mainstream media tries to hide this fact.

Since 1948, the Zionists have been using TERRORISM to drive the Palestinians off their land. 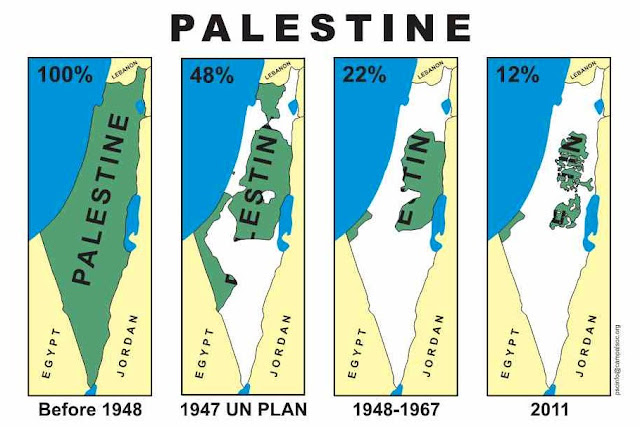 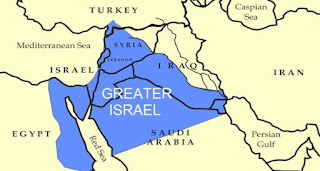 At the Huffington Post, James Dorsey asks Is Zion in Saudi Arabia?