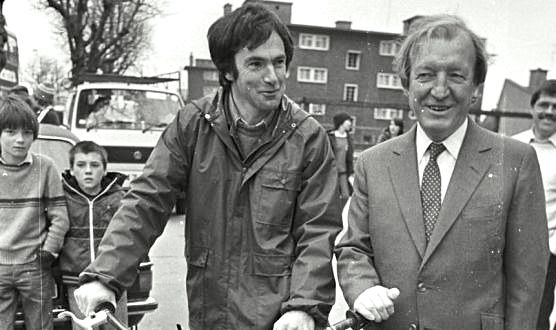 The novelist Frederick Forsyth, who has been linked to MI6, wrote of his friend Charles Haughey:

"A few days later, I had one last call from him.

"It was to give me his word that not a single IRA man in the country would dare raise his hand against me or my family.

"The only way he could have known that was if he had given a flat order to the army council of the IRA.

"Not many men could do that." 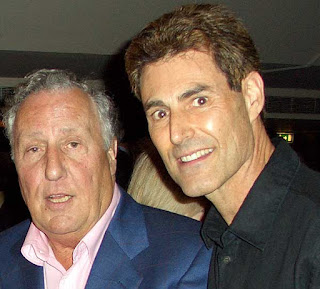 Frederick Forsyth above left with the CIA-Mossad-linked Yuri Geller.

Forsyth is believed to be Jewish. 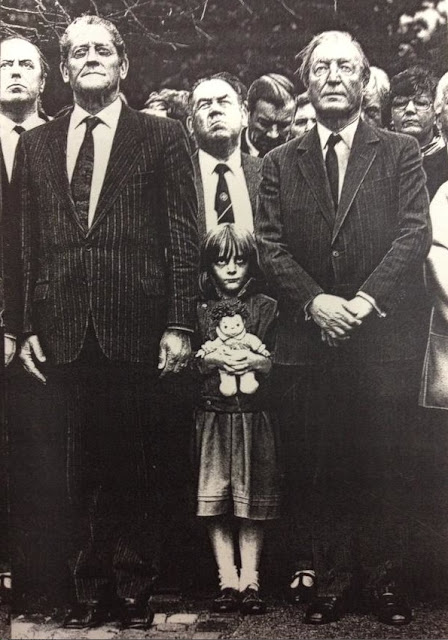 Charles Haughey, the former Prime Minister of Ireland, introduced Jimmy Savile to his daughter Eimear when she was a young teen.

Savile was a regular visitor to the Haughey home in Dublin.

Savile is believed to have visited Dublin for 15 years from the mid-1970s to lead charity walks for the CRC (Central Remedial Clinic) co-founded by Valerie Goulding.

My meeting with Savile - Haughey girl 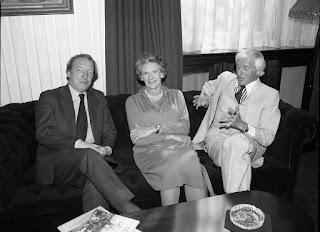 Records from his office while he was 'taoiseach' in 1987 reveal that the UVF, the Protestant terror group, wrote to him as follows:

"In 1985 we were approached by a MI5 officer attached to the NIO (Northern Ireland Office) and based in Lisburn, Alex Jones was his supposed name.

"He asked us to execute you."

According to the letter, on UVF headed paper, the MI5 operative gave details of Haughey's cars, his home, his island, and his yacht, Celtic Mist.

Savile is believed to have been used by the security services to control both sides in the Northern Ireland conflict.