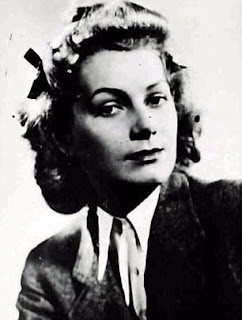 Gisela Kline, who became Gisela Winegard, was a Nazi spy.

The UK's Home Office in 1938 reported that Gisela was "on intimate terms with the German Military Attache in Paris".

Gisela was a German intelligence officer's mistress, having a child with him, and also became close to a German general.

An MI6 file reveals that Gisela had "engaged in blackmail activities."

Klein is a common Jewish surname.

Winegard is a common Jewish surname. 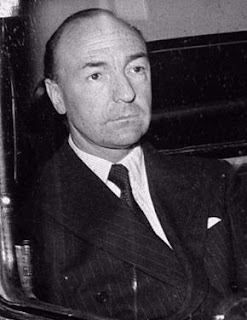 In the 1960s, John Profumo, the UK War Minister, had an affair with Gisela Klein/Winegard.

John Profumo also had an affair with Christeen Keeler who was linked to the KGB.

The Profumo Affair has been linked to the assassination of John F Kennedy.

There is a belief that the top people, on the Left and on the Right, all work for the Kosher Nostra.

Profumo first met Gisela Winegard/Klein at Oxford in the 1930s and his affair with her lasted until at least the 1950s.

Henry Kissinger's friend Victor Louis who reportedly knew all about the Profumo Affair and the assassination of JFK. VICTOR LOUIS, JFK, KOSHER NOSTRA

Towards the end of World War II, Gisela was captured and imprisoned in Paris by the Allies.

Edward Winegard, an American military officer of German origin, was in charge of the prison.

Edward Winegard quickly obtained the release of Gisela and then married her.

Sometime in 1947-8, while they were living in the south of France, the Winegards fell out with elements of the American Intelligence Service 'for having harboured one of the Chiefs of a German spy ring'. 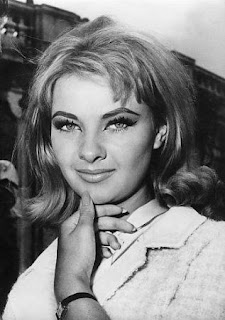 
The Winegards moved to Tangier in Morocco, where they worked for the CIA's 'Voice of America' radio station.

In 1950, she was sacked 'when it was discovered that she had worked for the Germans during the war and was 100 per cent pro-German'.

There are Nazi Jews and there are liberal Jews.

Hitler came to power in 1933 and he had the support of Zionist Jews.

It has been argued that Hitler may have been Jewish.

The World Zionist Organization 'became the principal distributor of Nazi goods throughout the Middle East and Northern Europe'.

Both Hitler and the Zionists believed:

1. There should be a homeland for the Jews

Many German Jews disagreed with the Nazis and the Zionists.

Many German Jews were liberals and they wanted to stay in Germany.

Heydrich, a leading Nazi, supported the idea of a homeland for the Jews.

Heydrich may have been Jewish

(Reinhard Heydrich who masterminded the Holocaust ).

In May 1935, Reinhardt Heydrich wrote an article, 'The Visible Enemy', for Das Schwarze Korps, the SS official organ.

"The time cannot be far distant when Palestine will again be able to accept its sons who have been lost to it for over a thousand years. Our good wishes together with our official good will go with them."

(Karl Schleunes, The Twisted Road to Auschwitz, pp. 193-4 - A NAZI TRAVELS T0 PALESTINE AND TELLS ABOUT IT IN THE ASSAULT ...)

Von Mildenstein wrote a series of articles for the Berlin daily Der Angriff that were printed in 1934 under the heading "A Nazi Travels to Palestine."

The articles praised the pioneering spirit and achievements of the Jews who had left Europe and settled in Palestine.

Der Angriff issued a medal, with a Swastika on one side and a Star of David on the other, to commemorate the joint SS-Zionist visit.

The official SS newspaper, Das Schwarze Korps, proclaimed its support for Zionism in a May 1935 front-page editorial:

"The time may not be too far off when Palestine will again be able to receive its sons who have been lost to it for more than a thousand years. Our good wishes, together with official goodwill, go with them."

In his book The Order of the SS (1981), Professor Frederic Reider explains how the Nazi Third Reich and Zionist Haganah worked together to encourage Jews to move to Palestine.

"At the time when Eichmann took over the Sub-department IV B4 in the R.S.H.A., which had been established to settle the Jewish question, he (Eichmann) was not himself anti-Semitic.

"His functions led him to collaborate closely with the World Zionist Organisation and to make contact with the leaders of the secret Zionist organisation, Haganah.

"He even went himself to Palestine in 1937, in the company of Oberscharfuhrer S.S. Sergeant Hagen, the successor to Leopold von Midenstein, to examine the problem....

"By the end of 1939, 150,000 Austrian Jews had left, by choice, to go to live in Palestine, as had also 120,000 German Jews and 78,000 from Bohemia/Moravia. This emigration had been organised by the S.D., with Haganah’s approval, and was carried out clandestinely by boat, despite the draconian measures taken by Britain to stop it..."

Eichman also had the Madagascar Plan, whereby a national Jewish homeland would be set up in Madagascar.

Himmler and Heydrich approved, and on 18th June 1940 Hitler himself told Mussolini 'an Israeli state might be set up in Madagascar'.

The project came to nothing.

(eichmann was jewish hurricane katrina was a regional)