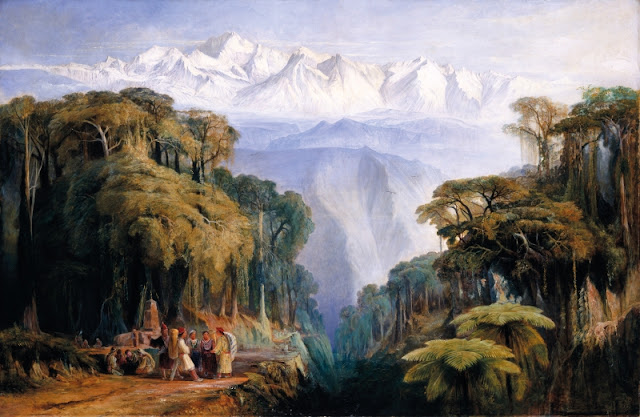 Kinchenjunga from Darjeeling (1877) by Edward Lear.

He was a friend to everyone: Lord Tennyson, Wilkie Collins, Robert Browning, Queen Victoria...

"Holman Hunt called him 'beyond doubt the most considerately kind and good-natured man alive'.

"On his travels around the world, he kept in touch with up to 400 different correspondents."

Lear wrote 'The Owl and the Pussycat': 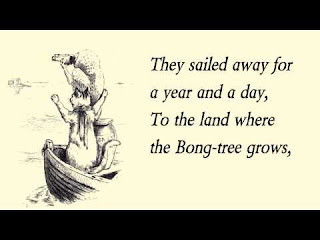 They dined on mince, and slices of quince
Which they ate with a runcible spoon;

And hand in hand, on the edge of the sand,
They danced by the light of the moon,

The moon,
The moon,

They danced by the light of the moon ... 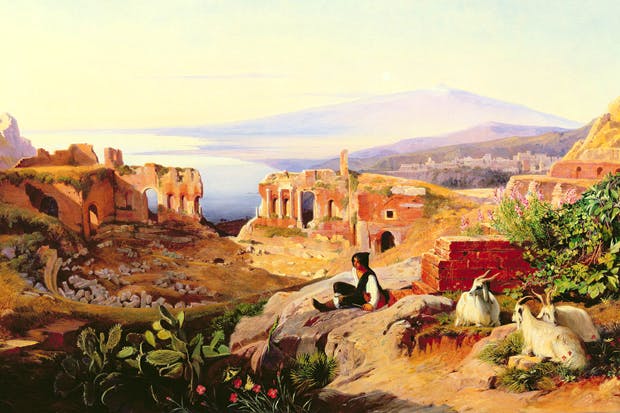 Taormina, with Mount Etna in the background, by Edward Lear

"Born in 1812, Edward Lear was the youngest of his mother’s 21 children, and the 13th to survive infancy.

"Throughout his life he suffered from epilepsy, often enduring several fits a day."

In Lear's time epilepsy was believed to be associated with demonic possession. 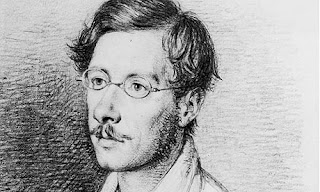 "Edward Lear's asthma and epilepsy did not endear him to his mother."

When Edward Lear was four, his mother handed him over to her eldest daughter, Ann, aged 25.

This sister became, in effect, a mother.

"He told Ann later that he didn't know what would have become of him had she not taken him on. But the hurt of abandonment remained."

"For a while, Edward Lear shared a room with a sister, Harriett, who undertook to police him.

"Shortly before his tenth birthday, a cousin did him an 'evil' – too bad to name and taken to be sexual abuse." 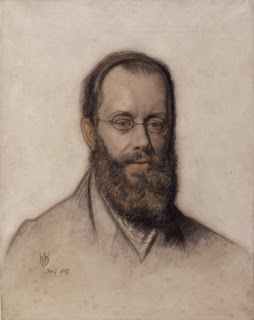 "Edward Lear's father, a stockbroker of Danish origins, was sent to debtor's prison when Lear was thirteen and the young Lear was forced to earn a living.

"In 1832 Edward lear was hired by the London Zoological Society to execute illustrations of birds.

"In the same year, Edward Smith-Stanley, 13th Earl of Derby, invited Lear to reside at his estate; Lear ended up staying on until 1836."

"Where Lewis Carroll had Alice and the Liddell family, Lear had the Knowsley nursery, where the Stanley children, their friends and nursemaids, kept riotous company."

Mr Lear: A Life of Art and Nonsense

Edward Lear was a closeted gay.

"Lear's most fervent and painful friendship was with Franklin Lushington." 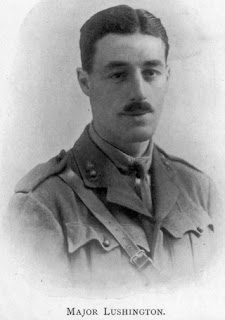 Lear met the young barrister Edward Lushington in Malta in 1849 and then toured southern Greece with him.

"Lear developed an infatuation for him that Lushington did not wholly reciprocate."

"In the early 1870s, Edward Lear eventually settled in San Remo, in Italy.

"His later years were blessed by the companionship of Giorgio Kokali, his faithful servant-cum-companion, who, among the many services he performed, helped Lear reduce his dependency on alcohol.

"Initially, when they came together, Giorgio had shocked Lear by revealing that he was married and had children, but later Lear took Giorgio's son as his servant."