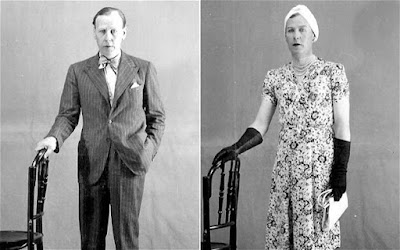 One of the founders of the SAS, in 1941, was a cross-dressing colonel called Dudley Clarke. 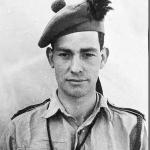 One of the key officers in the early SAS was Bill Fraser, a homosexual. 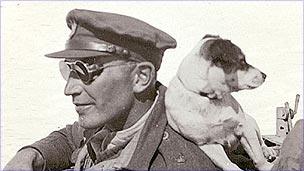 One of the founders of the SAS was Paddy Mayne, who had a serious alcohol problem and who was 'probably gay'.


A cowboy, a one-eyed boxer and a parachuting priest. 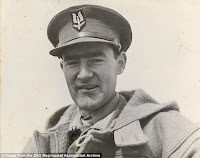 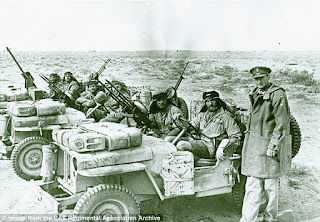 There is a belief that the military is run by extreme right-wing sadistic homosexuals.

Does the UK have an army of sadistic homosexual child rapists? / UK MILITARY / Most Military Leaders are Sadistic Gays? / NAZIS 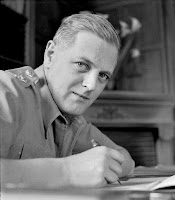 Randolph Churchill was an early member of the SAS.

Jock Lewes, the SAS co-founder, was a Nazi sympathiser. 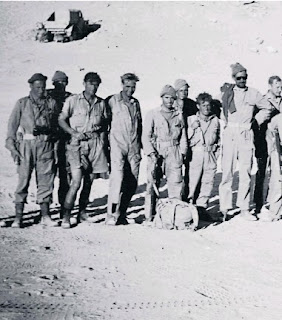 Of the 56 who parachuted into the desert in the midst of a storm, only 21 came back.

"Some died on landing, while others, unable to unclip their parachutes in the gale, were scraped to death along the jagged desert floor.

"Several were too badly injured to walk and were left to die of thirst."

In 1943, the leader of the SAS, Colonel David Stirling, was captured  and sent to Colditz.

The SAS has been linked to the 1984 shooting of WPC Yvonne Fletcher outside the Libyan Embassy.


Greater Britain 1975 was said to have planned to topple the government. 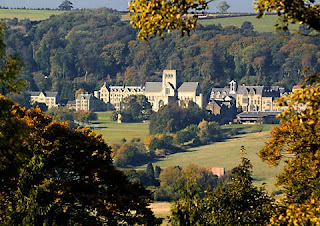 David Stirling "was so lazy his comrades nicknamed him 'the Giant Sloth'.

"He was impertinent, indolent and often half asleep after nights spent drinking, gambling and playing billiards in smart London clubs.

"The hospital nurses knew him well, for he frequently popped in during the morning, whey-faced and liverish, to request a blast from the oxygen bottle to cure his hangover.

"Since being posted to Egypt with the British Commandos, he had spent much of his time in Cairo’s bars and clubs, or gambling at the racecourse...

"Senior commanders thought him incompetent and profoundly irritating. A cowboy of a soldier, he was under investigation for malingering." 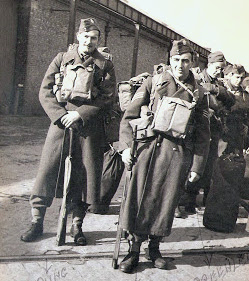 (Left) Colonel Sir Archibald David Stirling who founded the SAS. (Right) Stirling's cousin, the boy-loving Gavin Maxwell. The Stirlings, the Frasers (Lovat) and the Maxwells are all related. Website for this image

"In a short life, the aristocratic David Stirling had tried and failed at being an artist, architect, cowboy and mountaineer...

"His mother was the daughter of Lord Lovat, the chief of Clan Fraser, and his father a distinguished general, an MP and master of a 15,000-acre estate...

"He was sent down from Cambridge after misbehaving on a lavish scale and spending more time at Newmarket racecourse than on his studies.

"Stirling went to Paris to become an artist... but displayed little talent for painting.

"The same went for architecture, his next choice of profession, as well as his ambition to be the first person to climb Mount Everest, even though he suffered from vertigo...

"He relaxed only among men... 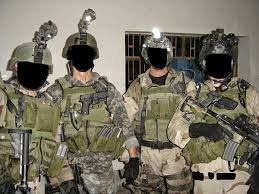 "The first SAS operation in November 1941, code-named Squatter, ought never to have taken place, given that 30-knot winds were predicted - twice the maximum speed for safe parachuting.

"But Stirling himself took the decision to go anyway...

"Operation Squatter had been an unmitigated disaster.

"Of the 55 men who had parachuted into the gale on November 16, 1941, just 21 had returned. The rest were dead or injured, missing or captured.

"What was really devastating was that the SAS had lost most of its strength without firing a shot, attacking the enemy or detonating a single bomb.

The SAS helped the Khmer Rouge.

How the SAS gave Pol Pot a hand - New Statesman.

"Every account of the British army and the SAS in particular will not mention the torture mass rape and pillage in Kenya which included roasting people alive over open fires.

"Also missing will be accurate accounts of the terror used to deny democracy and support slavery in Aden."