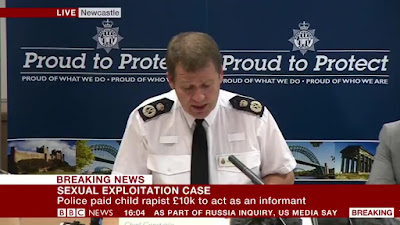 Who PROTECTS the child abuse gangs? Who protected Jimmy Savile?

A 13-year-old, who was in local authority care, was regularly supplied with cash and drugs in exchange for sex.

She would be picked up in a Mercedes from the children's home where she was living and taken to flats in Newcastle to be abused.

On one occasion the girl was taken to a party at a flat where there was a group of seven men in a room with a Kurdish flag on the wall. 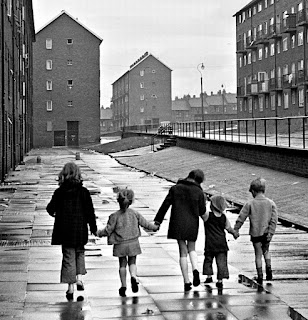 The police were eventually forced to act.

"Operation Sanctuary identified more than 700 victims of abuse that spanned four years in the region, in a similar pattern seen in Rotherham and Rochdale."

As a result of Operation Sanctuary, 17 non-White men and one woman have now been convicted of offences including rape, sexual assault, drug crime and trafficking for sexual exploitation.

A poster by the UKIP political party in the UK. Most of the political parties been linked to the child abuse rings that have operated throughout the UK.

An investigation has now found that, in the town of Rotherham in Yorkshire in the UK, at least 1,400 children were sexually abused over a period of 16 years, between 1997 and 2013.

Child abuse in Rotherham was raised "at the highest level" as far back as 2002 "but officials apparently pressured a researcher to change her report."

The then chief constable Mike Hedges, and Rotherham's's director of education Di Billups, were among those reportedly informed about the child rapes.

The researcher says that there was a "raid" on her office the weekend after she submitted the evidence.

"All of the data relating to the Home Office work had been removed from filing cabinets. Documents on the office computer had been deleted, while others were created detailing the minutes of meetings."


Rotherham is in Yorkshire.

Yorkshire in the UK, has links to the military, false flag terrorism and child abuse rings.

The investigation in the town of Rotherham in Yorkshire in the UK, found that at least 1,400 children were sexually abused over a period of 16 years.