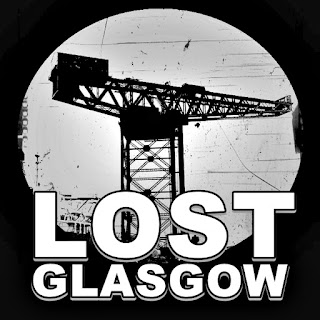 'Lost Glasgow' has many photos of old Glasgow. 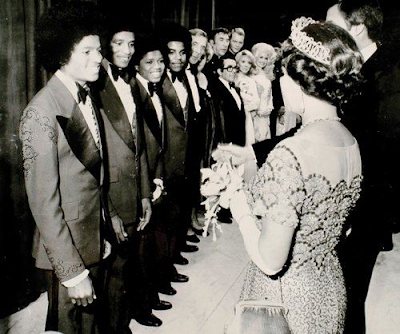 Above, we see Michael Jackson at the Glasgow King's Theatre - Lost Glasgow.

When we met a former Jacksons road manager, he said that Joe Jackson, Michael's father, was not necessarily his favourite person. 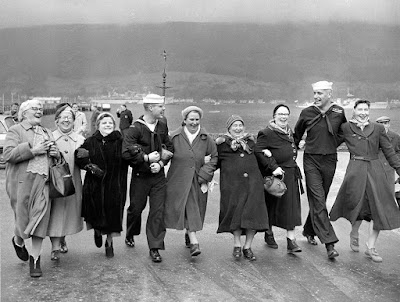 The American navy brought nuclear weapons of mass destruction to Faslane, near Glasgow. 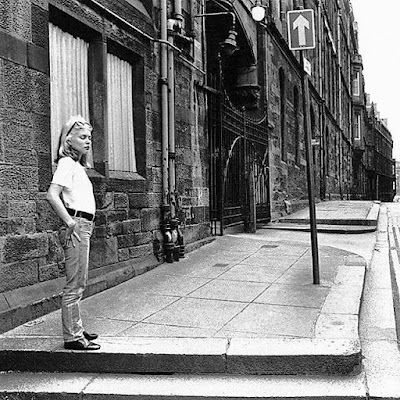 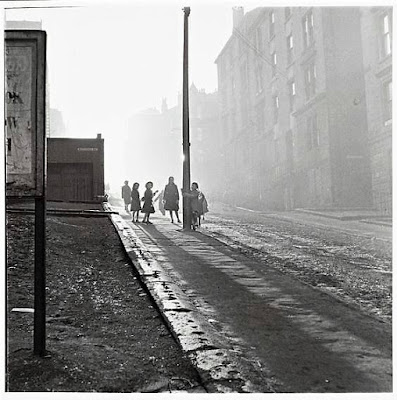 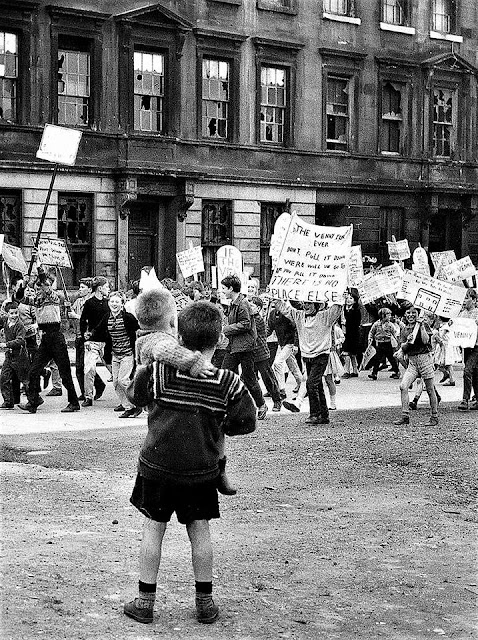 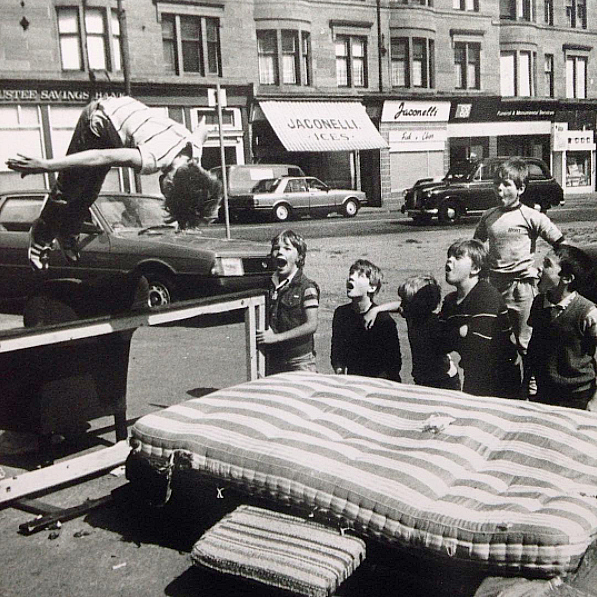 "MI5 then told him he could pretty much start the drugs trade in Glasgow."

JIMMY SAVILE, THE KRAY TWINS and IAN BRADY have connections to Glasgow. 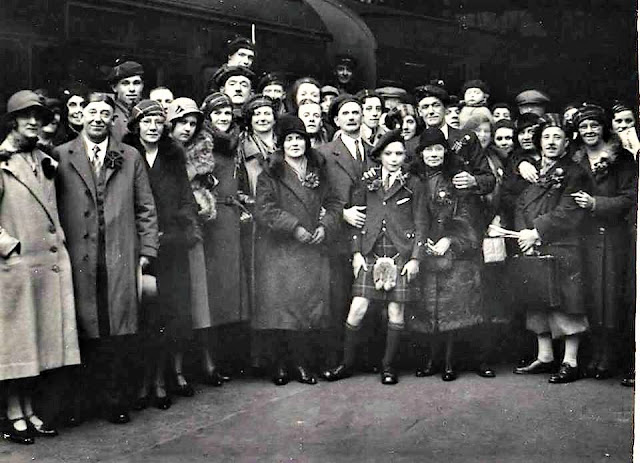 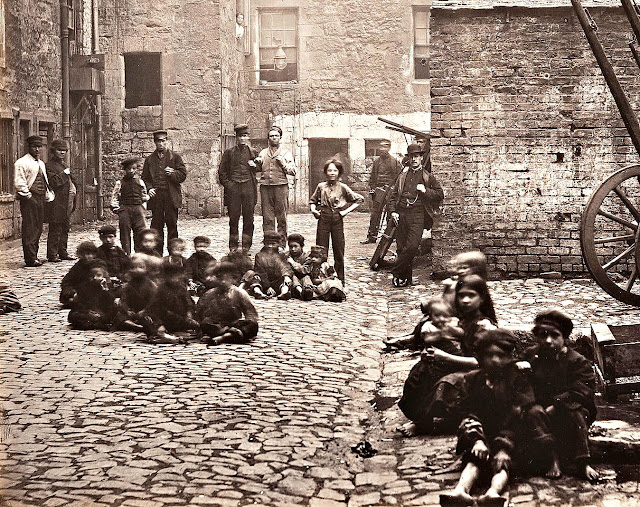 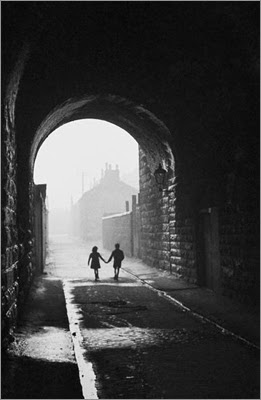 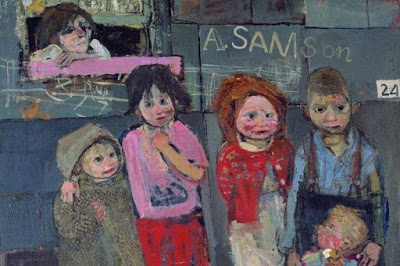 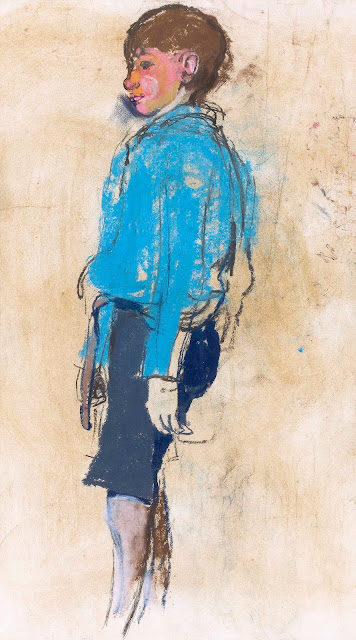 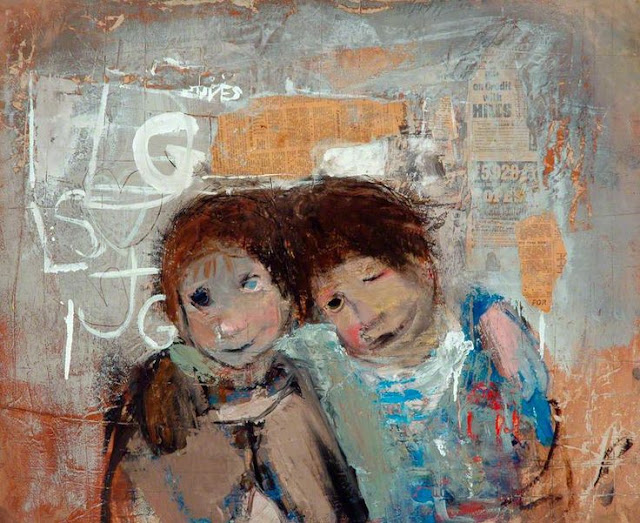 When we met Ralph Glasser, he mentioned his most famous book Growing Up in the Gorbals.

We decided to buy the book and found it to be stunningly good. 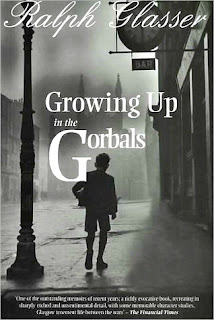 Ralph lived in the Gorbals, a Glasgow slum of the sort that can be found in Calcutta.

In the Gorbals many children suffered from rickets and went about barefoot.

Shared toilets in the Gorbals often overflowed. "Rats and mice moved about freely, seeming to share the accomodation with us grudgingly..."

At the age of eight, Ralph was in tears when he learnt that his little friend Charlie was leaving Glasgow and going off to live in Russia.

The Russia of 1927 was supposed to be some kind of Utopia.

But Ralph was not a believer in Utopias.

Ralph's mother had died of cancer.

Gorbals by Bert Hardy. "The streets were slippery with refuse and often with drunken vomit. It was a place of grime and poverty"

Ralph went to the station to see Charlie off.

"Ralph's eyes were so full of tears that he could see Charlie only dimly through them...

Ralph wrote to Charlie many times.

Ralph was not a believer in Utopias.

Ralph Glasser, one of the greatest writers of the 20th century, has been compared to Zola and Gorky.

Ralph Glasser won a scholarship to Oxford and became a writer, an economist, a psychologist and an adviser to developing countries.

Ralph Glasser's memoirs "tackle the Big Questions, from the meaning of life to the travails of love: rhetorical questions abound, as do capitalised references to Destiny and Providence."

Gorbals. "The Victorian building, in red sandstone blackened by smoke…was in decay. Splintered and broken floorboards sometimes gave way under your feet. Interior walls carried patches of stain from a long succession of burst pipes."

Ralph lived on the top floor of a three-storey tenement in Warwick Street.

"The lavatory on the landing, shared with several other families, frequently overflowed, and young Ralph shared a bed with his parents in an alcove off the kitchen.

"His mother died when he was six, his two older sisters decamped as soon as they could, and Ralph was left alone with his father, whose addiction to gambling made life still more perilous."

Ralph left school at 14 and went to work as a "soap boy" in a barber's shop, and then as a presser in a garment factory.

Ralph spent his evenings in the public library and at night school. 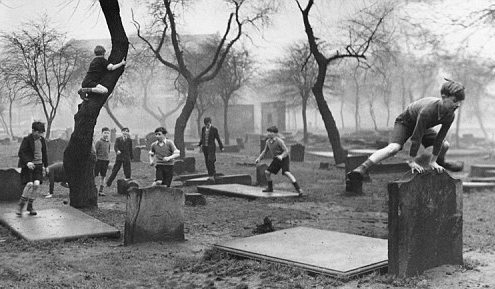 At the end of the 1930s Ralph won a scholarship to Oxford.

Ralph could not afford the train fare from Glasgow to Oxford. 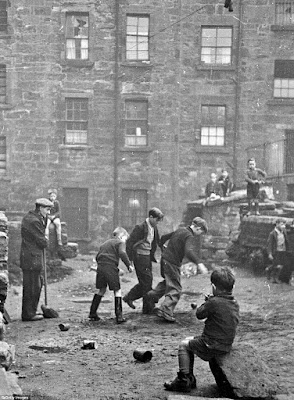 Philip Toynbee tried, without success, to enroll Ralph in the Communist Party.

Ralph Glasser was the son of Russian Jewish immigrants.

Ralph Glasser The Gorbals boy who cycled to Oxford University