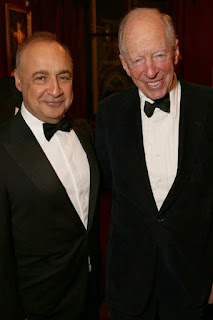 Think of knights and you may think of Sir Jimmy Savile, Sir Leon Brittan or Sir Len Blavatnik.

Weidenfeld was in Bilderberg.

Leonid Blavatnik is worth 19 billion USD, making him the richest man in the UK.

He has been very charitable towards israel.

After the fall of communism he was able to buy up companies in Russia very cheaply.

On 6 January 2009, the U.S. operations of Blavatnik's LyondellBasell Industries filed for bankruptcy.

"Of the £2.5 billion loaned to Leonid Blavatnik, the bank has suggested that it might write-off as much as £1 billion."

RBS to write off £1bn loan to Russian oligarch

And, Blavatnik was Sued for $2 Billion Over TNK Energy Sale

It is said that people like Blatnavik (above) and Abramovich are nothing more then FRONTS for other Jews like the Rothschilds.

Leonard Blavatnik was born in the Ukraine, when it was part of Russia.

He joined with Mikhail Fridman's Alfa Group to form Access.[7] 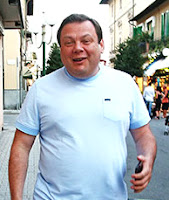 Trump has been linked to the Israeli billionaire Mikhail Fridman (above). Is a Russian-Israeli Oligarch Running a Covert Cybe-Channel Between Trump and Russia? Mikhail Fridman "is closely tied into the Muscovite Solntsevo (Solntsevskaya) Organization, one of Russia's largest and most powerful organized crime associations, via funding from Alfa." Institute for the Study of Globalization. TRUMP AND FRIENDS EXPOSED - 'ROTHSCHILD CONNECTION.

Blavatnik  has links to Chabad 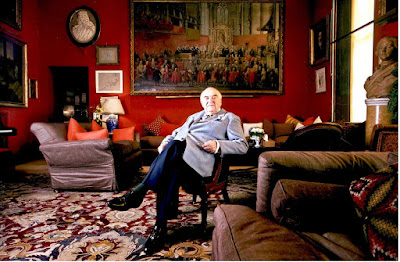 At the start of World War II, George Weidenfeld (above), an Austrian Jew, went to work for the BBC.

George Weidenfeld was a friend of Flora Solomon, the daughter of the Jewish Russian gold tycoon Grigori Benenson, related to the Rothschild family.

Flora Solomon was a long-time friend of the British intelligence officer Kim Philby, who was a close friend of Lord Victor Rothschild.

There is a suspicion that George Weidenfeld worked for the Rothschilds.

After the war, Flora Solomon got George Weidenfeld a job with Chaim Weizmann.

In 1949, George Weidenfeld was the political adviser and Chief of Cabinet for Chaim Weizmann (above), the first President of Israel.


Later, George Weidenfeld was chairman of the Ben Gurion University of the Negev. 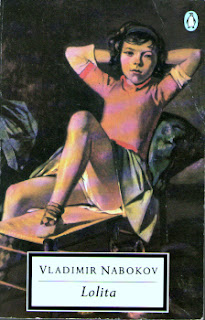 Lolita is about a boy. Nabokov, Lolita and Pale Fire

At one time Weidenfeld shared a flat with the gay Cyril Connolly.

Weidenfeld's parties in London were attended by such people as Henry Kissinger.

Weidenfeld was a regular guest of Pope John Paul II.

Weidenfeld was a friend of the spooky Isaiah Berlin of the THE KOSHER NOSTRA.

On behalf of UK Prime Minister Harold Wilson, George Weidenfeld went on a secret mission to Washington to meet George HW Bush of the CIA to find out about right-wing plots in the UK.