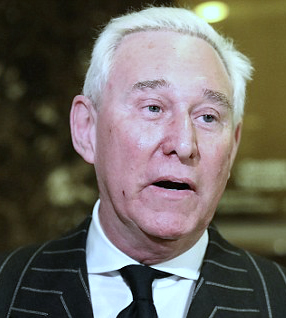 Stone has been accused by the Obama administration of having prior knowledge that Putin was planning to hack the US election.

Roger Stone now claims that he was poisoned by members of the Deep State who wanted to kill him.

Stone says they wanted to kill him so that he could not 'debunk' their 'lie' that he knew Russians would hack the US election.

Stone claims that doctors have told him that a mysterious virus he was had in December 2016 was probably polonium poisoning.

On Alex Jones's Info Wars, he said: "I had lesions on my chest and my face..."

During a visit to Trump Tower on 6 December 2016, Stone had several small cuts to his face and neck.

Roger Stone is currently trying to promote his latest book. 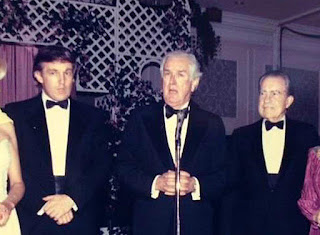 Some people mistakenly believe that Trump is opposed to the Deep State.

The Donald and The Deep State

Trump's team is made up of Bankers, Bilderbergers and other Deep State actors. 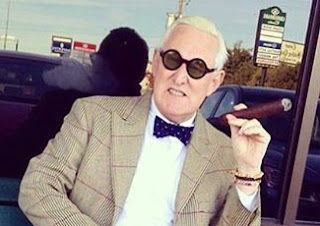 The very Jewish ROGER STONE had the job of concocting Pizzagate for Trump?

1. Pizzagate was designed to distract people from Trump's promises reversal, and, his Zionist manoeuvrings.

2. In October 2016, John Podesta's emails were published on Wikileaks, a suspected CIA/Mossad front.

Clinton campaign chairman John Podesta told reporters that Republican dirty trickster Roger Stone may have had advanced knowledge of the breach and the subsequent publishing of the emails on Wikileaks.[i]

Podesta referred to an August 21, 2016 tweet by Stone in which he wrote: "Trust me, it will soon be Podesta’s time in the barrel."

3. A lot of Roger Stone's skills were learned from his mentor, Roy Cohn. 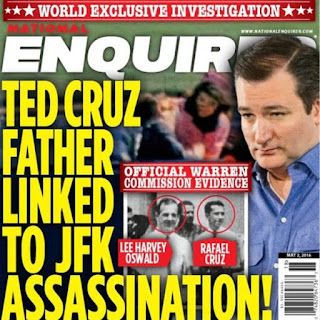 5. In 1972, Stone went to work for Nixon and entrapped Richard Nixon's opponent for the Republican nomination Paul McCloskey.

Using the fake name 'Jason Rainier', Stone donated funds to McCloskey pretending it was on behalf of the Young Socialist Alliance. 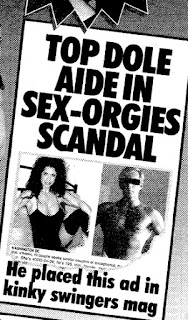