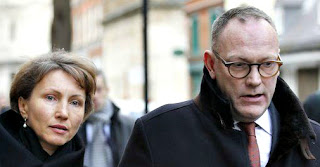 
There is currently a big child abuse inquiry in the UK, chaired by Professor Alexis Jay.

Allegedly, many of the top people in the UK have been involved in child abuse, organised by the security services.

Three chairwomen (Baroness Butler-Sloss, Fiona Woolf, Dame Lowell Goddard) resigned as chairs of the inquiry, prior to Jay's appointment as chair of the inquiry.

In 2015, the original advisory panel of abuse 'survivors' was disbanded. 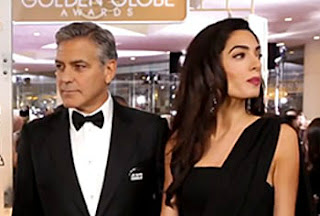 Cherie Blair and Derry Irvine. THE REAL BLAIRS/ TONY BLAIR AND FAMILY; VARIOUS SPOOKS / WHO MIGHT HAVE RECRUITED TONY BLAIR / CHERIE BLAIR BRAINWASHED BY THE CIA?.

In 2011, Emmerson and Amal Alamuddin represented WikiLeaks' founder Julian Assange in his fight against extradition to Sweden to face charges of rape and sexual assault.

Emmerson's father was the finance controller of the London Stock Exchange.

Emmerson was educated, as a boarder, at the Douai School in Berkshire which was run by the adjacent Benedictine Abbey.

A number of the school's former staff were later convicted of child sex abuse offences, and it closed in 1999.

Emmerson is married to Anne Shamash, an immigration judge, who is believed to be Jewish.

In 1999, Emmerson was named Human Rights Lawyer of the Year, nominated by Lord Irvine of Lairg, who may or may not work for the security services.

In 2012, Emmerson became a judge at the International Criminal Tribunal.

The UK's child abuse inquiry originally had an advisory panel of abuse 'survivors'.

Sharon Evans, an abuse survivor and member of the advisory panel, told the Commons Home Affairs Select Committee that Emmerson had bullied her.

The panel was disbanded.

Who is George Clooney?

How much does George Clooney know?

Who are Clooney's friends?

'George has really taken David (Beckham) under his wing since the transfer trouble started. At the house, David is able to get away from everything, relax and switch off in private.' [Daily Mail]

Beckham and Clooney Sitting on a Tree? 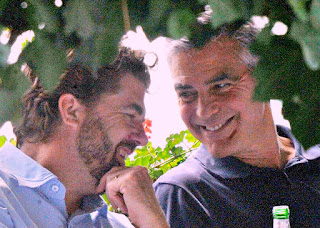 Where do the Blairs fit in?