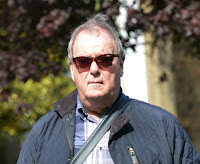 In August 2016, we learn that Geoffrey Shoesmith has been given a suspended 16-month jail term after he admitted making and possessing indecent images of children.

Geoffrey Shoesmith was, until recently, married to Sharon Shoesmith.

Sharon Shoesmith, the former boss of Haringey Children's Services department, was eventually sacked in 2008 after refusing to step down over the BABY P scandal.

Baby P was 17 months old when he was killed by Steven Barker, the partner of Baby P's mother, and Barker's child abusing brother Jason Owen. 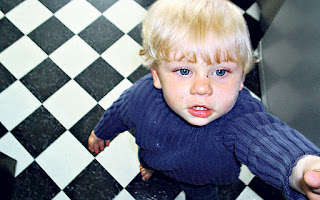 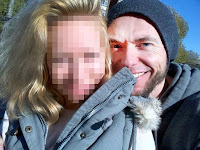 The police regarded Jason Owen as the most dangerous of the killers of Baby P.

...
In the UK, a Channel 4 Dispatches investigation has uncovered evidence of rabbis covering up the sexual abuse of children.
Rabbi Ephraim Padwa, who leads the Charedi community in north London's Stamford Hill, was secretly filmed speaking to an alleged victim of child sex abuse.
Dispatches secretly filmed the top rabbi telling the victim not to involve the police.

The documentary, Britain's Hidden Child Abuse, shows how some rabbis forbid victims from reporting crimes committed against them.

During the investigation, reporters uncovered 19 alleged cases of child sex abuse. None had been reported to the police.

Stamford Hill is right next door to Haringey.

1. According to someone who grew up in Haringey (October 2007 Cached):

"Several of Haringey's councillors are paedophiles.

"Corruption is rife across every aspect.

"Through all of this Haringey has over 50 brothels, crack houses and safe areas for drug purchasing.

"And many cases of child abuse within Haringey's own children's homes by it's own staff."

Baby P was tortured to death

"An investigation into an alleged paedophile ring operating in Haringey more than 20 years ago has been shut down due to lack of evidence.

"But Lib Dem social services spokesman Ron Aitken says he is dismayed the inquiry has been closed, and is calling for an independent investigation.

"He said: 'I first became aware of allegations in the late 1980s. There were a number of people working for Haringey Council who were convicted or charged with specific offences against children.'"

3. More on Operation Tempsford (Cached) from the Liberal Democrat party

"Operation Tempsford ... was brought to an abrupt halt in Autumn 2005 on the orders of Haringey’s Chief Executive David Warwick, after he applied what the Councillor describes as 'undue pressure' in a letter to Mr Aitken...

The supposed ringleader of the Liquid Bomb plot appears to have been protected by people in government?

In 2005, the UK security services were carrying out surveillance of Abdulla Ahmed Ali, said to be the ringleader of the 2006 Liquid Bomb transatlantic aircraft plot in the United Kingdom.

A secret bug was used by the security services to spy on him. (Ahmed Abdullah Ali - Wikipedia, the free encyclopedia)

Ali lived with relatives, who had been approved as foster carers by Haringey Council.

The child was living with Ali's family when Ali was arrested in August 2006.

Haringey Council was at the centre of the 2007 Baby P scandal.

Baby Peter died in August 2007. He had suffered more than 50 injuries over an eight-month period, during which he was repeatedly seen by social services.

The police were also aware of the case at an early stage.

In the house where Ali lived, extremist literature was found hidden inside a baby's cot, according to the London Evening Standard.

The council may have "supplied Ali with an element of camouflage for the plot."

Ali's family was approved for fostering, despite Ali having a poor employment record.

Ali was also under police surveillance.

He reportedly had a record of fundamentalist Islamic views.

Eileen Fairweather, in the Mail on Sunday, has linked Haringey to Islington and Jersey ('I have known about Jersey paedophiles for 15 years,' says award-winning journalist.)

Baby P. from Labour-run Haringey in London, was tortured to death by a satanist.

On 16 November 2008, the Mail on Sunday tells us How a close male relative of Baby P is linked to a big paedophile ring.

This child-abuse ring operated in Labour-run Islington, the part of London where Tony Blair once lived.

The close male relative of Baby P reportedly recruited boys from children's homes in Islington for the child-abuse ring, according to a secret report seen by The Mail on Sunday.

In the early 1990s, the relative, as a boy, was put in a children's home, in Labour-run Islington, in London.

All 12 of the children's homes in Islington were being used by the child-abuse ring, which reportedly had links to top people.

Reportedly, the relative, then aged 13, was persuaded, by money, drugs and threats, to supply the pimps with young boys.

The relative tried to blow the whistle.

Reportedly, the relative told social workers the names of boys who were being ferried from the children's homes to various parts of London (Manor Park, Tottenham, Soho and Westminster) to ‘be buggered by old men’.

Reportedly, none of the men were put under surveillance or questioned.

Whistleblowing Social worker Neville Mighty, who had received death threats, named the relative in a report.

Neville Mighty contacted Islington’s then director of children’s services, Lyn Cusack, who is married to a senior policeman.

'We got too close. There were too many powerful people involved.

In 1994, an independent report criticised the failure of police and social workers to help the relative.