GERALD DURRELL - MY FAMILY AND OTHER ANIMALS 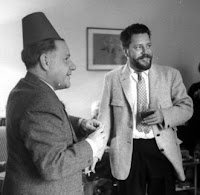 Gerald Durrel's brother Lawrence may have been a spy.

Lawrence Durrell spent several years in the service of the Foreign Office, which runs MI6.

During World War Two, Lawrence Durrell served as a press attaché to the British Embassies in Cairo and then Alexandria. In 1948, Durrell was posted to Belgrade, Yugoslavia. This gave him material for his spy novel White Eagles over Serbia (1957). 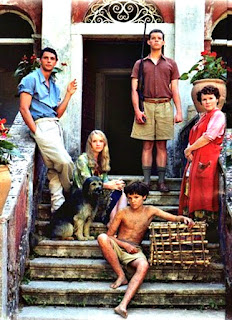 TV drama - My Family and Other Animals.

Gerald Durrell was born in India in 1925.

Gerald's father was Lawrence Samuel Durrell who died in India in 1928.

Gerald's mother was Louisa Florence Dixie, who died in 1964.

In 1935, Louisa and her children - Lawrence, Leslie, Margo, and Gerald - emigrated to Corfu.

The family lived on Corfu until 1939.

Gerald wrote My Family and Other Animals about his time on Corfu.

Durrell admits that the book is largely fiction. 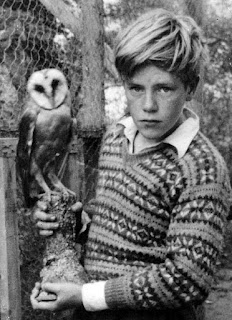 Gerald stayed at home with his mother.

They were very close. 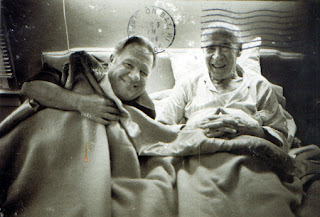 When Gerald was ten years old, Louisa had a nervous breakdown and went into a clinic.

Gerald was looked after by a governess.

The governess locked Gerald in his room at night without a bed pan.

Gerald's spaniel, his only friend, was run over by a car.

In 1931, Louisa and Gerald moved to Bournemouth.

Gerald was sent to Wychwood Prep School, which he hated. 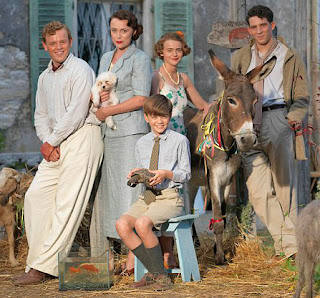 Meanwhile, Gerald's brother Lawrence was living in London where he spent time 'whoring and drinking'.

When Lawrence and and his first wife Nancy moved to Corfu, Louisa and the whole family followed them. 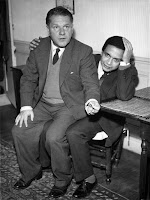 Lawrence was a writer.

Their daughter Sapho killed herself in 1985. 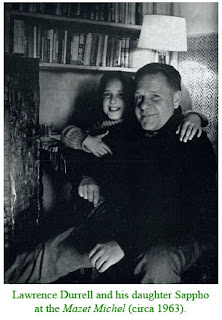 Sappho's journals relate that Sapho had a sexual relationship with her father. 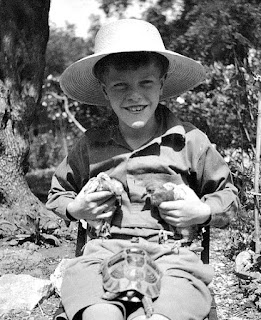 Leslie was the one who loved guns and hunting.

He had a baby with his mother's Greek maid.

The maid was dumped in a home for fallen women.

The child never got to know his father.

Leslie bought a fishing boat, which sank in Poole harbour before its maiden voyage.

None of Lelie's siblings attended his funeral. 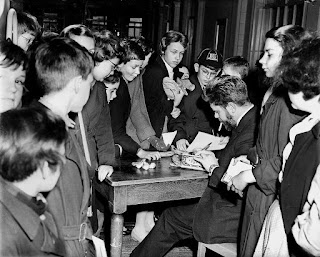 Gerald Durrell surrounded by kids, on the Island of Jersey.

In 1964, Gerald opened the Durrell Wildlife Park on the island of Jersey, an island linked to child abuse rings.

By 1978, Gerald and Jacquie were divorced.

Lee could not stop Gerald from drinking, and he died, aged 70. 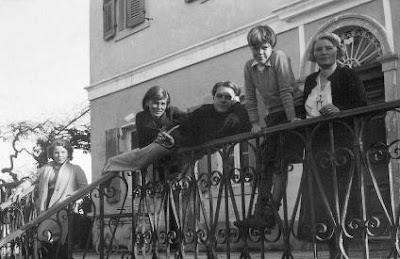 After the suicide of her first husband, William Durrell, Mahala gave birth to 'an illegitimate son'.

The biological father of this illegitimate son was Samuel Stearne.

Gerald, the auther of My Family and Other Animals, was thus descended from Samuel Stearne.

Gerald Durrell - The New York Times.
Posted by Anon at 00:30