Brabantian sees all of the following as CIA scams: 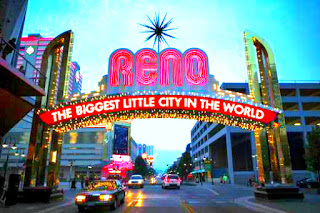 The Panama Papers psy-op will encourage the elite to move their money to the USA.

Rothschild has a trust company in Reno, Nevada.

Rothschild has been moving the elite's money out of offshore havens such as Bermuda, which are subject to the new international disclosure requirements, and into Rothschild-run trusts in Nevada, which are exempt.

Trident Trust Co., one of the world's biggest providers of offshore trusts, has moved accounts out of Switzerland, Grand Cayman, and other such places and into Sioux Falls, South Dakota.

The World's Favorite New Tax Haven Is the United States 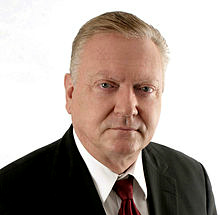 Jürgen Mossack (above) runs the Panama firm which helps the elite to avoid tax.

Jürgen is the son of the late Erhard Mossack who worked for the CIA.

During World War II, Erhard was an officer in the Nazi SS.

Erhard may have been recruited for the CIA's Operation Gladio which carried out acts of terrorism in Europe.

There is a belief that the CIA is run by an alliance of Nazis, Zionists and the Mob.

There is a belief that the leak of the Panama Papers is designed to assist Soros, Rockefeller and the American banks against their enemies such as the Swiss banks, British banks, Putin and Assad.

Credit Suisse pares back on investment banking. / Morgan Stanley swings back to profit 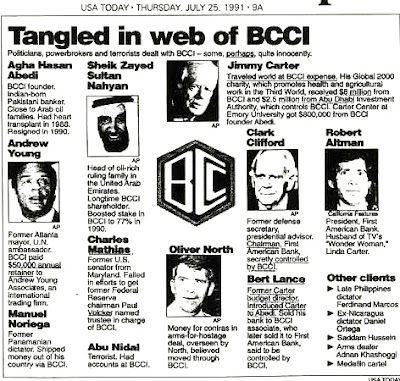 The CIA makes full use of dodgy banks?

Osama bin Laden had an account at the bank that was known as BCCI, which was 'run by the CIA'. 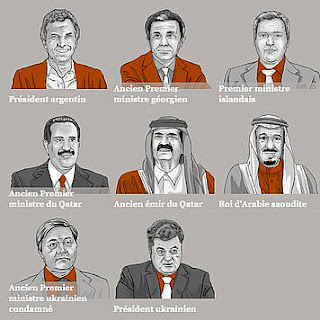 A 'massive' leak of files, from a firm called Mossack Fonseca in Panama, has exposed the use of offshore companies, allegedly for tax-avoidance and money laundering, by a number of politicians.

There is nothing unlawful about using offshore companies.

The leaked records were obtained from an anonymous source by the German newspaper Süddeutsche Zeitung.

The leaks may be designed to embarrass countries which the CIA wishes to destabilise.

The leaks appear to be being used to attack Assad of Syria, Putin of Russia and other enemies of the CIA and mossad.

The U.S. "has had a big hand in shaping Panama's destiny." 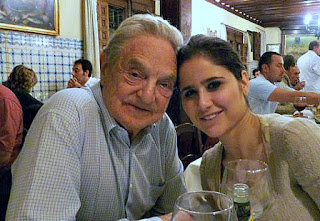 "There is no mention at all of use of Mossack Fonseca by massive western corporations or western billionaires – the main customers.

"And the Guardian is quick to reassure that 'much of the leaked material will remain private.'

"What do you expect? The leak is being managed by the grandly but laughably named 'International Consortium of Investigative Journalists', which is funded and organised entirely by the USA’s Center for Public Integrity. Their funders include

Among those listed in the leaked files are:

Macri - who has vowed to fight corruption - is listed as a director of Fleg Trading Ltd., incorporated in the Bahamas in 1998, a financial connection Macri didn't disclose on asset declarations when he was mayor of Buenos Aires.

Gunnlaugsson led the Progressive Party to victory after the financial crisis of 2008.

He failed to declare his ownership of Wintris on entering the Parliament in 2009.

Through a series of British Virgin Islands shell companies, the Saudi king appears to have taken out several luxury mortgages for houses in London and held “a luxury yacht the length of a football field.” 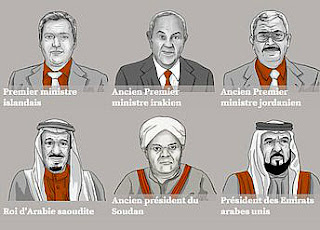 They appear to have used multiple offshore accounts to avoid freezes on their assets.

"Involved in everything from investing in a major pipeline construction company… to buying equipment for the construction of an Italian villa in Tuscany for Arkady’s son."

Has links to offshore accounts

NATIONAL LEADERS NAMED IN THE LEAK

The most successful CIA deceptions involve fake 'leaks' & fake 'dissidents' ... so successful they dupe 'alternative' media, as well as the general public yearning for 'opposition heroes' ... who are dutifully supplied by the CIA & CIA media

5 major fake 'leaks' / 'dissident heroes' all used similar techniques ... all of them CIA frauds (more detail on the below in part 2 below)

Common elements in all these CIA scams

- The fake 'leakers - dissidents' are NOT interested even in facts connected with their own situations (Assange & Snowden shun evidence of US judge corruption, re the exact USA judge group who would in theory put them 'on trial')

- The fake 'leakers - dissidents' are NOT interested in connecting their media pumpers to more real dissidents, & stay focused upon their own CIA-tied colleagues & media

- The fake 'leakers - dissidents' set up 'rat-traps', encouraging genuine whistle-blowers to contact the fake 'brave' but really CIA media figures, so that the real dissidents are identified, harassed, & perhaps silenced & killed after that contact