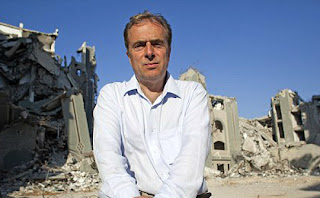 Peter Hitchens in the Gaza Strip.

Let us look at two news media people who tell us 'the truth' - about ISIS, child abusers and Reagan-Thatcher.

Ian Cutler tells us about journalists who sexually abuse children.

Peter Hitchens tells us about how Reagan and Thatcher damaged their own countries.

Peter Hitchens suggests that ISIS may be working for the USA and UK.

1. Peter Hitchens, in theUK's Mail, wonders if ISIS is secretly supported by the West:

"When the Syrian army, backed by Russian air power, succeeded in driving the fanatics out of Palmyra, the media could hardly bring themselves to put it anywhere further forward than page 94...

"It's this kind of thing that makes me wonder whether the alleged hostility of the West to IS is genuine, or a pose." 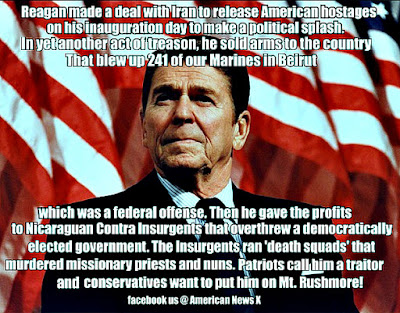 2.  Peter Hitchens, in the Mail, writes

"I am so sorry now that I fell for the great Thatcher-Reagan promise.

"I believed all that stuff about privatisation...

"I think anyone who has ever tried to contact BT (main privatised phone company in the UK) when things go wrong would now happily go back to the days of nationalisation...

"Why are the drug-dealers so busy in our new factory-free industrial areas? ...

"Why are the few factories that do exist almost always foreign-owned? ...

"And why is our current-account deficit with the rest of the world the worst it's ever been in peacetime, and nearly as bad as it was during the Great War that first bankrupted this country a century ago? ...

"The essentials of life are harder to find than ever: a good life and an honest place; a solid, modest home big enough to house a small family in a peaceful, orderly landscape; good local schools open to all who need them; reasonably paid secure work for this generation and the next; competent government and wise laws.

"These have become luxuries, unattainable for millions who once took them for granted." 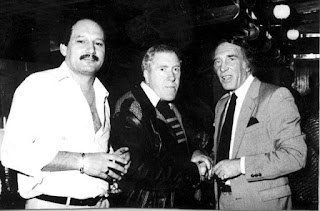 From left to right: Ian Cutler with Par Flannigan and Charlie Kray - 'Friends of Rupert Murdoch'

It was founded and edited by Simon Regan and Ian Cutler. 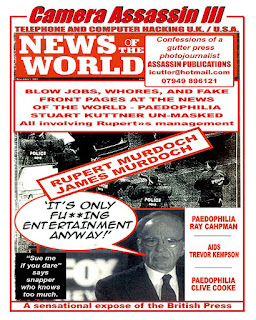 Ian Cutler  has written "The Camera Assassin - Confessions of a gutter press photojournalist". 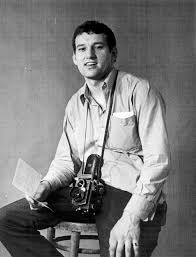 Ian Cutler as a young photographer

1. Barry Askew, who became editor of Rupert Murdoch's News of the World in 1981, was given a blow job by Sonia Sutcliffe, the wife of Peter Sutcliffe, the Yorkshire Ripper (serial killer).

3. Trevor Kempson, former chief Features Writer for News of the World, was a fan of Bondage and died of AIDS, contracted from a prostitute in a brothel he was exposing in a press story!

4. Journalists Ray Chapman and Clive Cooke had sex with some of the young girls and boys in their stories. 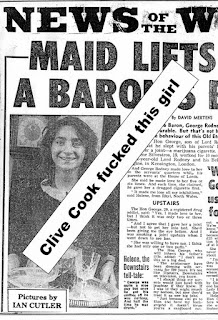 Clive Cook followed up a lead about a gang of paedophiles. During the investigations Cook had sex with a 13 year old boy. 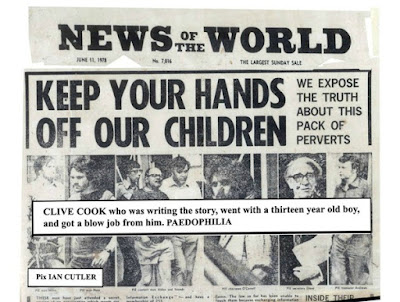 One of the girls was only 15 and Chapman had sex with her. 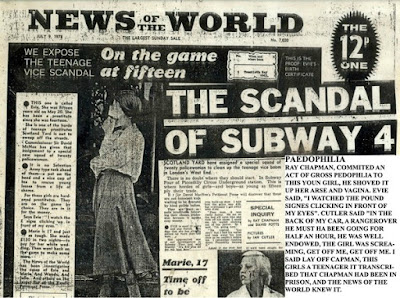 Ian Cutler visited Bethlehem in 1979 to photograph aid workers who were caring for children injured in the Israeli Occupation.

Rupert Murdoch refused to run the story in the News of the World.

Murdoch said: "Get out there and photograph more cunt Cutler".

The Bethlehem story was published in the Sun. 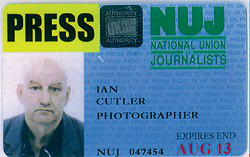 Ian Cutler discovered that a senior police officer was a drug addict and was also involved with the underworld in drug dealing. 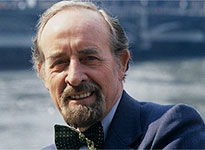 Ian Cutler's cousin was Sir Horace Cutler, one time Leader of the Greater London Council, 'who married a former prostitute a quarter of his age'.