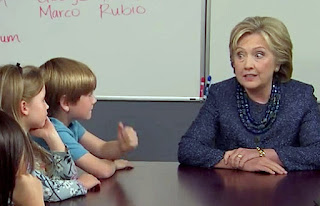 Denmark's Saxo Bank has made its 'Outrageous Predictions' for 2016.

1. The dollar will eventually weaken and the Euro will strengthen.

(Nobody looks at the annoying adverts which pollute so many websites. Companies will switch their adverts elsewhere. - Aangirfan)

4. Emerging markets will do well.

"Stabilisation, investment spending on the Olympics, and modest reforms will see sentiment rebound in Brazil, with EM exports helped by cheaper local currencies."

5. 'The Democrats will win the presidential election and retake Congress' (unless the vote is rigged).

The Republicans are divided and voters will opt for a united Democrat party.

(Moody’s forecasts that oil prices will be about $55 a barrel next year, and that gas prices will be about $2.75 (counting premium gas)...The firm also predicts a continued pickup in home prices, with a 2.5% gain in the year before the election. 'These are the most effective [variables] at predicting elections.'

(And, in the most controversial part of its forecast, Moody’s sees wage growth accelerating faster next year than most other forecasters, with real incomes rising 4%, including a 5% gain in inflation-adjusted wages, salaries and bonuses. Why Democrats look set to keep the White House in 2016)

This is because OPEC will reduce oil production.

7. Silver will rise in price.

"The political drive towards reducing carbon dioxide emissions by supporting renewable energy will add to increased industrial demand for the metal, given its use in solar cells.

"As such, silver will rally by a third, leaving other metals behind."

The US Federal Reserve, in late 2016, will produce a series of 'aggressive rate hikes'.

As European governments worry more about inequality, more will be done to transfer money from the rich to the ordinary citizens. 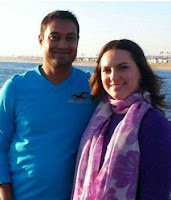 Tashfeen Malik (right) and her husband.The FBI says the San Bernardino alleged shooters did NOT post support for jihad on social media