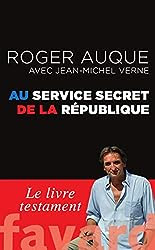 Was the French election rigged?

In the small villages around Toucy, up to 55% of local voters voted for Le Pen’s party in the first round.

"There are no jobs, but you can't start your own business because there’s little investment in public transport and communications like mobile phone and internet networks. It's a second-class zone."

Marine Le Pen made the big mistake of allying with the Israelis and blaming the false flag attacks in France on the enemies of Israel.