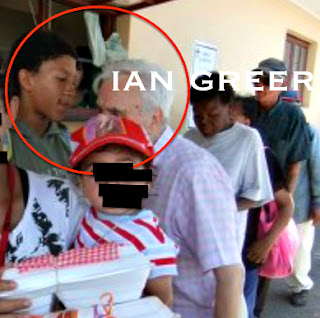 The UK Conservative politician Ian Greer (above with a boy), whose company reportedly supplied young boys to UK Members of Parliament, died on 4 November 2015.

Meanwhile, a whistleblower says that the UK Conservative Mark Clarke recently provided young lads and lasses to Conservative Members of Parliament for sex.


The whistleblower says that Mark Clarke assaulted her, and threatened her when she complained,

The female whistleblower says of Clarke: "He protected himself by having dirt on everybody...

"He wanted to become an MP and then rise to the top of the party."

"I variously observed a number of MPs being 'provided with' young men and women...

"Mark would arrange to film whatever encounters ensued...

"I overheard Mark and his friends discussing plans to ... spike drinks and take intimate pictures..."

On one trip to Robert Halfon's constituency of Harlow "I walked into the ladies toilet to find Mark (and two female friends) snorting lines of cocaine from the surface top." 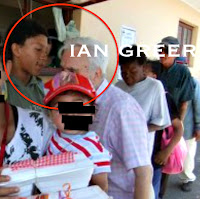 Ian Greer's obituary tells us that Greer was the top political lobbyists until 1996 "when his career and reputation collapsed following allegations that he had paid MPs to table questions in the House of Commons."

In 1992, half of the UK Cabinet, including the Prime Minister John Major, attended IGA's 10th anniversary celebrations.

Tony Blair "neglected to register a free trip on Concorde to the United States in 1986, paid for by one of Greer's clients.

After IGA went bust, Greer moved to South Africa where he set up a soup kitchen for homeless children.

In 2013 Greer returned to London and married Clive Ferreira. 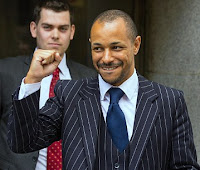 The former child actor Ben Fellows (above) declared that, in 1994, in Ian Greer's office, he was groped bt the powerful Conservative politician Kenneth Clarke. KEN CLARKE - CLAIMS OF CHILD ABUSE.

In 1966, Sir Evelyn Rothschild agreed to Greer becoming National Director of the the Mental Health Trust.

Greer joined forces with Peter Righton on the Study Project.

"He was blatantly, almost gloriously, a raging poofta who wore make-up and regularly hosted notorious gay parties in which he dressed up in exotic silk clothes, sometimes of Eastern origin.

"Not only that, he ran the world's most successful 'boys for questions' agency to first woo and then exploit many of the hundred or so homosexuals on the Tory benches.

(Source: Matthew Parris, himself a former Conservative MP, now a celebrated Times parliamentary columnist who has "come out" and has said in print that there were at least 100 gays in the parliamentary Tory party). 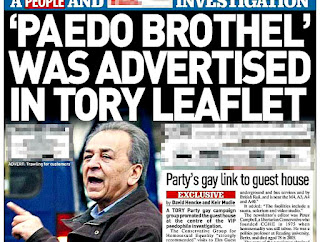 "Greer's now scandalous Christmas parties were virtually all-male shindigs to which many of the gay MPs were invited to dance with a whole bevy of handpicked rent boys.

"But during the rest of the year he would also regularly throw wild and very exclusive gay parties for MPs, either at his elegant Pimlico flat, or at a suit his company hired permanently in Dolphin Square.

"This only came to light when Scallywag and others obtained affidavits from young men (young boys) who had been recruited from children's homes in North Wales - a sordid, ghastly, paedophile network which, after years of wild rumour and several successful prosecutions, is only just being fully investigated in a year-long judicial probe. 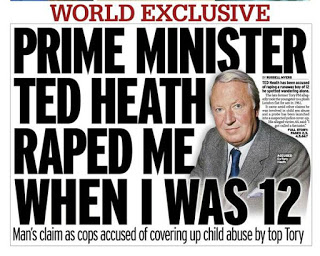 "If the inquiries are allowed to go the whole way, then the path will lead directly to Pimlico where, we alleged, Lord McAlpine among many others, was a regular visitor.

"Apart from his live-in lover, the two of them enjoy the company of a queer butler and two highly active poodles.

"Naturally, it is not known how many times Greer Associates exploited the situation when his guests got back to Parliament.

"The scam was that he charged his clients exorbitant fees to pay MP's but pocketed the money himself and paid out only the modest fees for rent boys."