ATHENE'S THEORY OF EVERYTHING - PART ONE 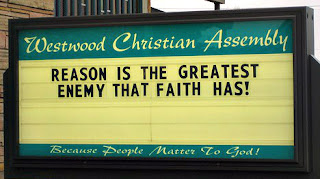 Imagine that one of your colleagues tells you that you have got it wrong about your beloved partner, your religion and your politics.

According to Chiren Boumaaza, your brain may then enter a 'defensive state'.

(Bachir Boumaaza was born in Belgium to a Moroccan father and a Belgian mother.)

The chemicals that are released in your brain are the same ones that try to ensure your survival in dangerous situations, such as being chased by wild animals.

It is the 'primitive' part of your brain that comes to the fore.

When in the defensive state, you are in a fighting mood, or an escaping mood, and the part of the brain involved in cool 'rational thinking' does not work so well.

Imagine trying to tell a fundamentalist Moslem, or Christian or Conservative that they have got it wrong.

The fundamentalist goes into the defensive mode and appears to be incapable of understanding your arguments. 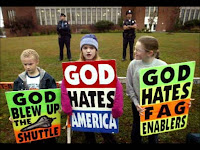 Now, imagine that you give people your opinion on politics, or religion, and your views are appreciated.

The 'reward chemicals' in the brain are activated and the 'defense chemicals' decrease.

Our body chemistry is affected by our mood.

This is why placebos can be effective.

When we feel that both we, and our beliefs, are not appreciated, we can be depressed and angry.

Ideally, everyone is flexible and open minded in their thinking.

When we are in the right frame of mind, this "allows us to let go of emotional fixations and become self-aware more easily."


Chiren Boumaaza, aka 'Athene', has a 'Theory of Everything'.

1. Someone who trains to be a musician will create stronger nerve cell connections that make the person more musical.

The human brain is a network of approximately one hundred billion nerve cells (neurons).

And depending on which neurons get stimulated, certain connections become stronger and more efficient, while others may become weaker.

Rudiger Gamm who was a self-admitted 'hopeless student', used to fail at basic maths and went on to train his abilities and became a famous 'human calculator', capable of performing extremely complex mathematics.

These are neural connections that can be strengthened.

Whatever you are doing any time, you are physically modifying your brain to become better at it.

Since this is such a foundational mechanism of the brain, being self-aware can greatly enrich our life experience.

2. Specific nerve cells, and the chemicals which allow the transmission of signals from one nerve cell to the next, trigger a defensive state when we feel that our thoughts have to be protected from the influence of others.

In this defensive state, the more primitive part of the brain interferes with rational thinking and the nerves and networks in the brain concerned with instinct and mood can cause 'narrow-mindedness'.

We see this in the politics of fear (the Strategy of Tension).

No matter how valuable an idea is, the brain has trouble processing it when it is in such a state.