In the UK, Detective Chief Inspector Paul Settle (above) has said that interviewing or arresting Lord Brittan on suspicion of rape would have been a "baseless witch hunt". 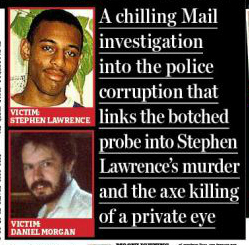 "Before Settle was appointed to the paedophile unit, he had been a staff officer to John Yates, who oversaw one of the operations revisiting the murder of private investigator, Daniel Morgan...

"Settle, then a detective sergeant, was also an investigating officer on Operation Abelard II, which probed the axe murder of Daniel Morgan.

"The handling of the murder case by the police and press is now being investigated by an independent panel set up by the Home Office." 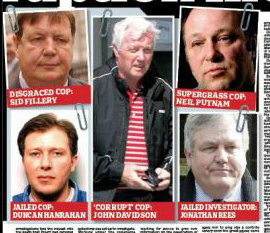 spidercatweb's Blog.
Posted by Anon at 07:32