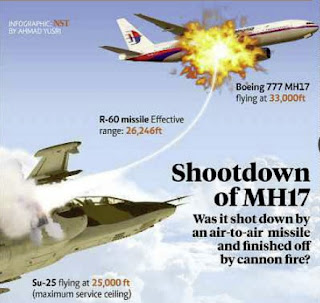 It appears that it was an Israeli missile which downed the Malaysian plane MH17 over Ukraine in 2014.


This is according to a group of aviation security experts.

The missile concerned is an Israeli Python air-to-air missile.

The authors of the investigative report have calculated the detonation point of the missile and the number and weight of strike elements, which in turn designated the type and manufacturer of the weapon.