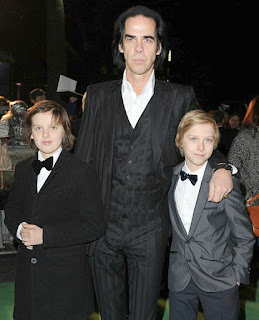 Nick Cave has been described as rock's 'Prince of Parkness'.

Cave is the godfather of Paula Yates daughter, Tiger Lily. 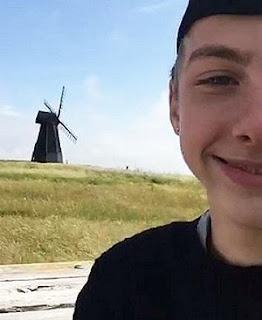 Arthur took this selfie photograph about ninety minutes before 'he fell'.

Arthur's body was found on a coastal path in Brighton, Englands gay capital.

Arthur had taken a selfie photograph about ninety minutes before 'he fell'.

In the photo, 'he looks relaxed and happy'.

Arthur had just finished year 10 at the private St Bede's School near Brighton.

Until October 2014, Arthur was a student at Lancing College, an independent boarding and day school in Brighton.

"Nick Cave has written very many Murder Ballads...
"They drip with such verisimilitude that they may well be autobiographical.
"Check out the sheer detail in the song O’Malley’s Bar and you’ll see what I mean about more than a ring of truth."
Posted by Anon at 10:19