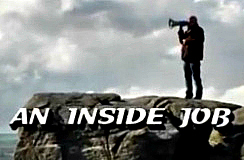 In Tunisia, armed policemen allowed the gunmen to freely massacre British tourists for more than half an hour, witnesses claim.


Police officers did arrive at the scene within minutes.

In the Norway attacks, 'it was clear that certain Norwegian police and military were helping the shooters.'

Seifeddine Yacoubi (Rezgui), who has been linked to MI5.

The Daily Mail has linked Seifeddine Yacoubi (above) to a top MI5 asset.

This MI5 asset acted as an informer for MI5 and was protected by the UK police and MI5.

The MI5 asset is Abu Qatada.

TIME magazine cited "senior European intelligence officials" revealing that Qatada had been "tucked away in a safe house" where he and his family were "lodged, fed and clothed by British intelligence services." 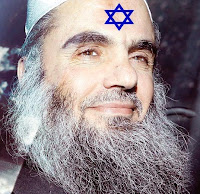 Seifeddine was most likely the innocent patsy.

The real killers were a team working for the security services.

Reportedly, the CIA has a secret prison near Bizerte, 65km north of Tunis, in Tunisia.

In 2002, 14 German tourists, five Tunisians and two French nationals were murdered on the island of Djerba, in Tunisia.

The CIA and Mossad are suspected of having carried out the Djerba Bombing.

The security services of Tunisia are possibly controlled by the CIA and Mossad.

Habib Essid, born in Sousse, was educated at Minnesota University in the US.

Ben Ali was toppled by the CIA and by traitors within his own government and military.

In other words, Essid has ties to the CIA's Islamists.

Seifeddine Jacoubi is like the innocent patsy Ajmal Kasab.

Kasab was hanged in connection with the Mumbai attacks of 2008.

We were told that the gunmen at the railway station and elsewhere were white men.

There were reports that one of Kasab's fellow gunmen was arrested at Cana Hospital and reports suggesting that nobody was arrested there.


Ajmal Kasab said he was framed by the Israelis.

And by India's secret service (RAW).

Ajmal Kasab alleged that the TV footage recorded by a Pakistani channel GeoTV (which was shown in the special court) "was made at the behest of RAW and Israeli officials."

Kasab said he learnt this from some crime branch officials. (Kasab now claims RAW accused him of spying )

On 25 December 2010, The Washington Post reported that Mumbai suspect Ajmal Kasab "told the judge he came to Mumbai as a tourist and was arrested 20 days before the siege began.

"On the day the attacks started, Kasab said police took him from his cell because he resembled one of the gunmen.

"They then shot him to make it look as if he had been involved in the attacks and re-arrested him..." 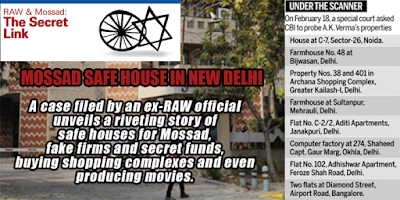 Ajmal Kasab claimed that the the Indian secret service, RAW, took him into custody on 6 November 2008, and later handed him over to the Mumbai police.

The Mumbai attacks were on 26 November 2008. (Kasab claims RAW custody )

"The Daily Mail’s investigations indicate that RAW, for the past many years is following the policies of Israeli intelligence agency Mossaad...

"Mossad has managed to create many fake terrorists out of the innocent Palestinians and made them to confess the crimes they never committed.

"The Daily Mail’s finding indicate that these tactic were adopted by RAW in the late 90s and suddenly the number of Pakistanis, arrested in India with terror charges started increasing dramatically by the late 90s while Ajmal Kasab being the latest in the series."

(The Daily Mail - from Pakistan) 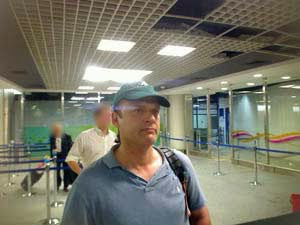 .
The American 'crypto-Jew' David Headley who organised the Mumbai attacks and who admitted that he worked for the CIA.

Ajmal Kasab said that the American David Headley, who is reported to be the CIA agent who organised the Mumbai attacks, interrogated him, with four whitemen, in his cell at the Mumbai police custody after he was captured.

Kasab claims he was interrogated by FBI officials and that David Headley was one of them.