TALHA ASMAL AND OTHER 'VICTIMS OF THE CIA AND ITS FRIENDS' 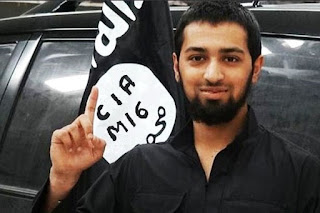 The CIA and its friends recruit the teenagers who are to be murdered in false flag operations, reportedly.

Talha Asmal (above), 17, from Dewsbury in West Yorkshire in the UK is described as being "a loving, kind, caring and affable teenager, who never harboured any ill will against anybody."

Talha Asmal is believed have been forced by ISIS to blow himself up in the northern Iraqi town of Baiji. 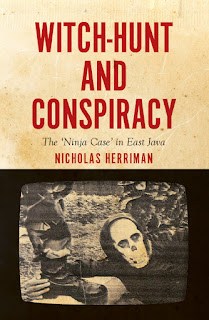 In 1998, the CIA used its friends in the Indonesian military to topple President Suharto, reportedly.

In 1998, black-clad ninjas murdered hundreds of innocent people in East Java, in Indonesia.

Many of the victims were mentally handicapped teenagers, easy targets.

Bloody decapitated heads were paraded around the streets. 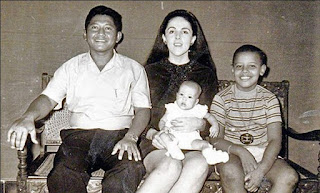 In 1998, as in 1965, there was the distribution of death lists to terrify the public, the arrival of assassins in trucks, mutilation of corpses and display of body parts in public places.

Some observers believed that a faction of the US-trained army was fomenting the terror.

Army members were arrested by local authorities for the killings, and then mysteriously released.

Pro-democracy activists in Jakarta pointed out that 'Ninja' is the term popularly used to designate the Army Special Forces (Kopassus) in disguise.

Kopassus works closely with Mossad and the CIA. 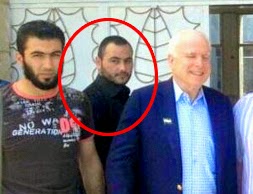 John McCain and the leader of ISIS.

Some people believe that Talha Asmal, from Dewsbury, was recruited and mind-controlled by the western security services.

Khan is believed to have been working for the UK securitry services.

Talha Asmal was a friend of the former Labour MP for Dewsbury Shahid Malik.

Malik said: 'Talha was a truly sweet natured, helpful, respectful and friendly kid. It is incredibly difficult to reconcile this Talha with the suicide bomber at an Iraqi oil installation.'

Above we see Richard Dart, who is white and middle-class.
Allegedly Richard Dart became a Moslem and plotted to attack soldiers in Royal Wootton Bassett in the UK.
It is assumed, by some, that he was mind-controlled by MI5, and that his role was to make Moslems look bad.
RICHARD DART

Above we see David Shayler who worked for MI5 and who then became a whistleblower.

It is assumed that he has been mind-controlled by MI5.

David Shayler has claimed that he is the messiah.

Khalid Yasin was raised as a Christian in Harlem, New York.

He lived in various foster homes.

He 'became a member of a gang' and then 'converted to Islam'.

Exclusive: How MI5 blackmails British Muslims / RECRUITMENT BY THE SPOOKS

It is assumed that Khalid Yasin works for the CIA and its friends?

The plan by Mossad and its friends is to use mind-controlled Moslem and Christian assets to destroy the Moslem world.

It is assumed that Khalid Yassin's role is to make Moslems look bad and to stir up Moslems in countries such as Russia?

He now reportedly lives in Manchester in the UK.

Michael Adebolajo, brought up as a Christian.

Adebolajo, who was once a gang member, may have been working for the security services.

ADEBOLAJO WAS PAID BY MI6

Michael Adebowale is the person who allegedly killed soldier Lee Rigby in Woolwich in London.

Adebolajo has been associated with the Moslem preacher Anjem Choudary, who reportedly recruits Moslems for MI5 and MI6.

Adebolajo has also been associated with Anwar Al Awlaki, who reportedly was recruited by the CIA.

Annie Machon, who once worked for MI5, has revealed that MI5 has been in the habit of telling lies in order to send innocent people to jail.

To sum up, the mad Moslems and Christians that we read about may have been 'forced' to work for the CIA, Mossad and MI6?

Some people believe that the spy services such as MI5 and the CIA work for the global elite, including the Rockefellers, the Rothschilds, and the Bush family.

Moslems working for the CIA to destabilise Russia?

Would the CIA and its friends use Moslems to destabilise rival countries such as Russia?

1. In the 1960s, Islamic guerrillas were being supported and used by Britain's MI6.

According to The Independent (UK):

According to Killing Hope: US Military and CIA Interventions Since World War II by William Blum:

"In the early months of 1958, rebellion began to break out in one part of the Indonesian island chain, then another."

CIA pilots took to the air to carry out bombing and strafing missions in support of the rebels.

"On 15 May, a CIA plane bombed the Ambon marketplace, killing a large number of civilians on their way to church on Ascension Thursday...

"Three days later, during another bombing run over Ambon, a CIA pilot, Allen Lawrence Pope, was shot down and captured."

2. In The Age, Dr Damien Kingsbury, of Deakin University, wrote about Moslem militants in Indonesia and their links to the American-trained military.

(We must not get back in bed with Kopassus - theage.com.au)

Kingsbury points out that Komando Jihad, which became Jemaah Islamiah, was set up by (American trained) Indonesian generals.

(Omar Al-Faruq Recruited by The CIA)

Al-Faruq was handed over to the Americans.

In 2005, a Pentagon official in Washington confirmed that al-Faruq had escaped from a U.S. detention facility.

4. Rashid Rauf, British 'terrorist mastermind' of the alleged plot to blow up at least 10 transatlantic airliners, managed to escaped from custody.

5. Jamal al-Badawi was convicted in 2004 of planning and carrying out the USS Cole bombing.

6. Haroon Rashid Aswat was described as being the mastermind of the 7 July London bombings.

The CIA and its friends are in bed with the Islamic extremists.

Both the the CIA and the Islamists support fascism and the feudal system.
Posted by Anon at 00:56