On 1 October1938, less than a year before the outbreak of the Second World War, Lord Victor Rothschild's friend, the 'Soviet spy' Guy Burgess, met Winston Churchill. 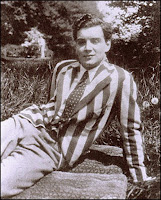 Lord Victor Rothschild was alleged to have been the person who controlled Churchill as a puppet. 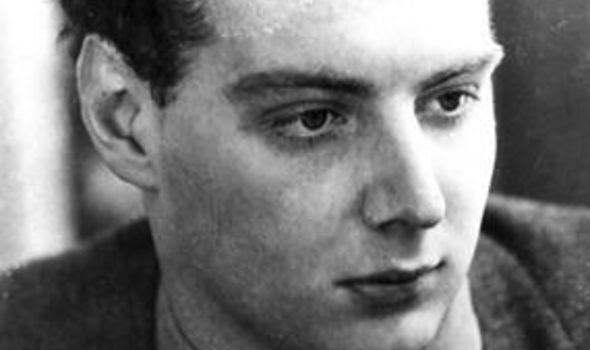 The Rothschild family paid Burgess a regular monthly sum - a sum five times what his contemporaries were earning.

In 1934, Burgess was  recruited as a Soviet agent.

In Great Britain, in 1935, the pro-Nazis formed the Anglo-German Fellowship (AGF). 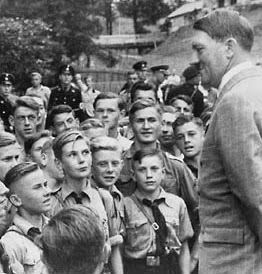 British Historian John Costello relates how Burgess, Macnamara, Tom Wylie a War Office official, and J.H. Sharp the Church of England's Arch- deacon for Southern Europe, took a bunch of schoolboys on a trip to Germany to attend a Hitler Youth camp.

This included a "fact-finding group" that included the gay right-wing Conservative Party MP, Captain John Macnamara, a fellow member of the Anglo-German Fellowship.

They concluded that the Nazi government was doing a great job for Germany.

In October 1936 Burgess was appointed to a post at the Talks Department of the BBC.

In March 1938 Burgess was a courier between UK Prime Minister Neville Chamberlain and Edouard Daladier of France.

In September 1938, Burgess urged Winston Churchill to repeat his warning against Adolf Hitler to Joseph Stalin.

Churchill developed a friendship with Burgess.

This was in spite of the fact that Burgess was 'a Soviet agent' and a "drunken, aggressive, dirty, drug-taking, seducer of sailors, lorry drivers and chorus boys."

King Edward VIII, said to be the half brother of Sir Anthony Blunt, one of the lovers of Guy Burgess.

In 1938, the UK Prime Minister Neville Chamberlain, after a meeting with Hitler, believed that he had done a deal with Germany which would avoid a war.

On 1 October1938, Burgess, met Winston Churchill and tried to revive his spirits?

In January 1934, Arnold Deutsch, a Soviet agent, was sent to London, and he began recruiting spies, such as Kim Philby.

In May 1934 Philby arranged for Deutsch to meet Guy Burgess, and Burgess was recruited.

So, the top people in the elite support both sides in any conflict?

According the book The Public School Phenomenon, by Jonathan Gathorne-Hardy, 90% of boys attending Britain's private schools owned up to love affairs with other boys.

Obama receives a note telling him that choc isis are off the menu.
Posted by Anon at 08:12