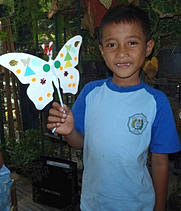 The British International school (BIS) in Jakarta, in Indonesia, set up the Sekolah BISA, a small free school for slum children.

In 1992, William Vahey and his wife were teaching at the Jakarta International School in Indonesia.