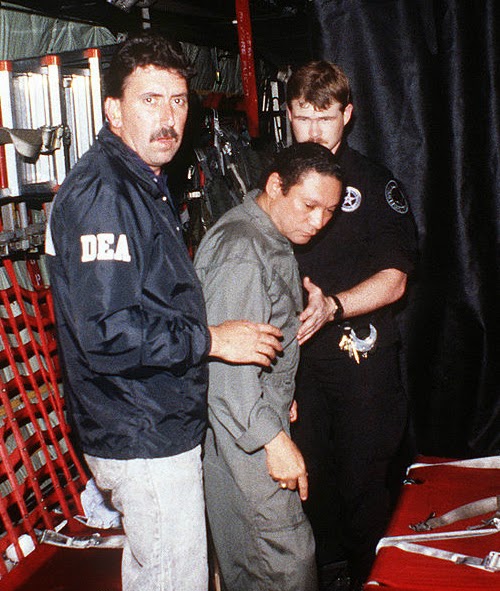 Manuel Noriega with agents of the U.S. Drugs Enforcement Agency.

Noriega was at one time a close friend of former CIA Director George H. W. Bush.

In 1989, Noriega was toppled by the CIA and jailed for drug trafficking, racketeering, and money laundering.

While working for the CIA, Noriega, 'ran a honey trap'.

Reportedly, Noriega invited to his home top US officials, including top CIA officials, and provided them with boys, girls and drugs.

Reportedly, Noriega then had these top US officials secretly filmed having sex with the boys and girls.

In 1997, Gary DeVore was working on a script about the toppling of Noriega in the 1989 US invasion of Panama.

In 1997, in California, Gary DeVore died in mysterious circumstances, and his script, and his hands, disappeared. 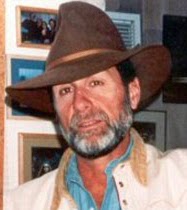 Wendy DeVore says of Gary: 'He went away a lot with members of the CIA special ops. They went to Panama together.' 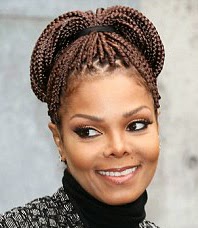 After Gary disappeared, the CIA visited Gary's home. His computer was wiped of information. His research material disappeared.

An amateur detective found Gary's boy in an aqueduct.

The CIA and Santa Barbara police state said his death was an accident.

No one is safe from the Deep State, not even a CIA chief like David Petraeus

Noriega has been linked to George Bush and to the Jewish Mafia.

"Manuel Noriega owed .. his power to Mike Harari, the ex-Mossad agent who led the team of mercenaries that was Noriega's palace guard."

Paul Lir Alexander (Paul Rothstein) worked alongside CIA agents who were getting cocaine through General Manuel Noriega and smuggling it into the USA.

There he set up a 'one girl talent' agency.

The 'one girl' was Xuxa (Maria da Graça Meneghel).

Xuxa, in the movie Amor Estranho Amor (Love Strange Love), plays the part of a prostitute who seduces a 13 year old boy.

Rothstein, like David Headley, worked for the US Drugs Enforcement Administration.

Reportedly, Rothstein was born in Brazil.

Aged 17 he fled to Israel and joined the Israeli Army and then Mossad.

He became involved in drug smuggling.

In 1982 Rothstein was in Nicaragua helping Lt. Col. Oliver North during the Iran-Contra Affair.

Rothstein bought a home in North Miami Beach and maintained close ties with the CIA.