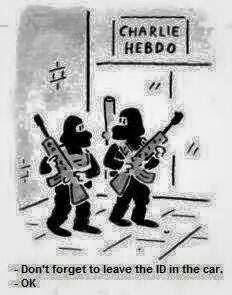 This involved a 'secret army' used by the French security services to carry out 'false flag' attacks.

In 1948, the "Western Union Clandestine Committee" was created to coordinate 'false flag attacks'.

The former director of the French intelligence service DGSE, admiral Pierre Lacoste, said in a 1992 interview with The Nation, that France's 'secret army' was involved in terrorist activities against de Gaulle, whom the CIA wanted to assassinate. 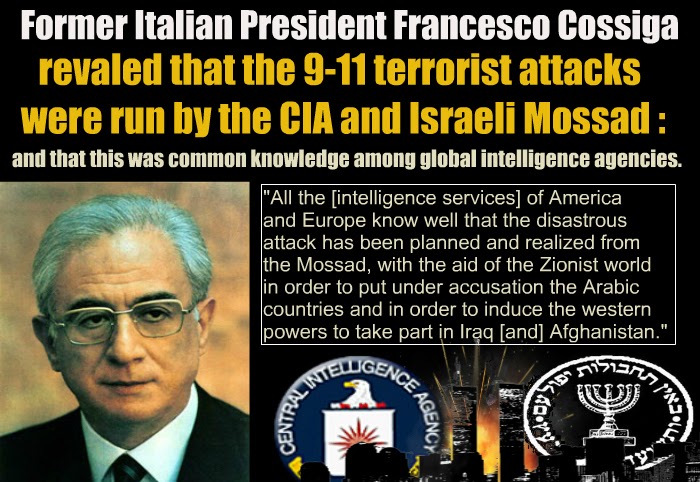 The agenda of the security services, when they set up these 'secret armies', was to promote an extreme right-wing agenda.

Former Nazis were employed by the secret armies.

The 'secret armies' in France and in other countries in Europe came to be controlled by NATO and the CIA and Mossad.

The name given to these 'secret army' activities is Operation Gladio.

The 'secret armies' of Operation Gladio have increasingly been used to promote the Zionist agenda. 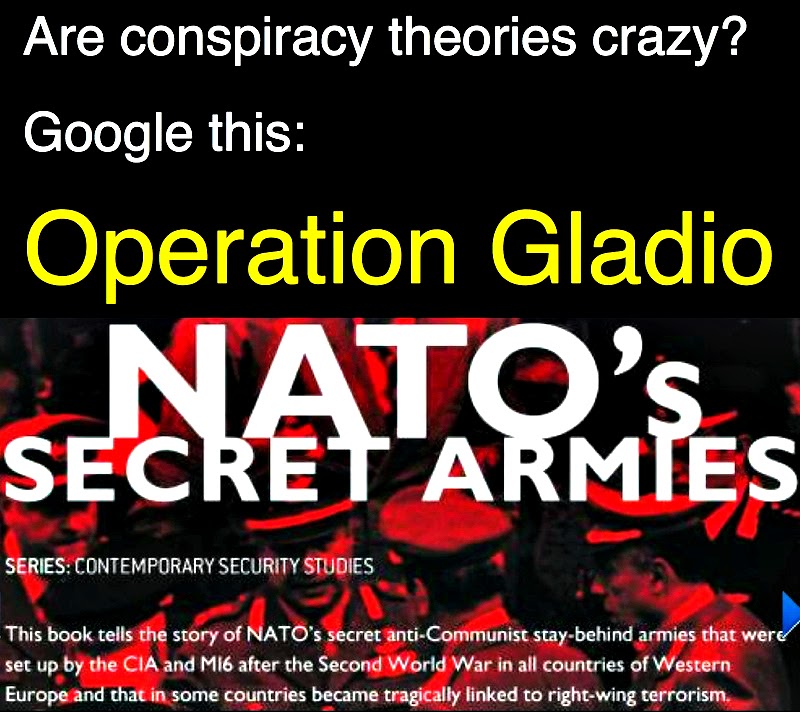 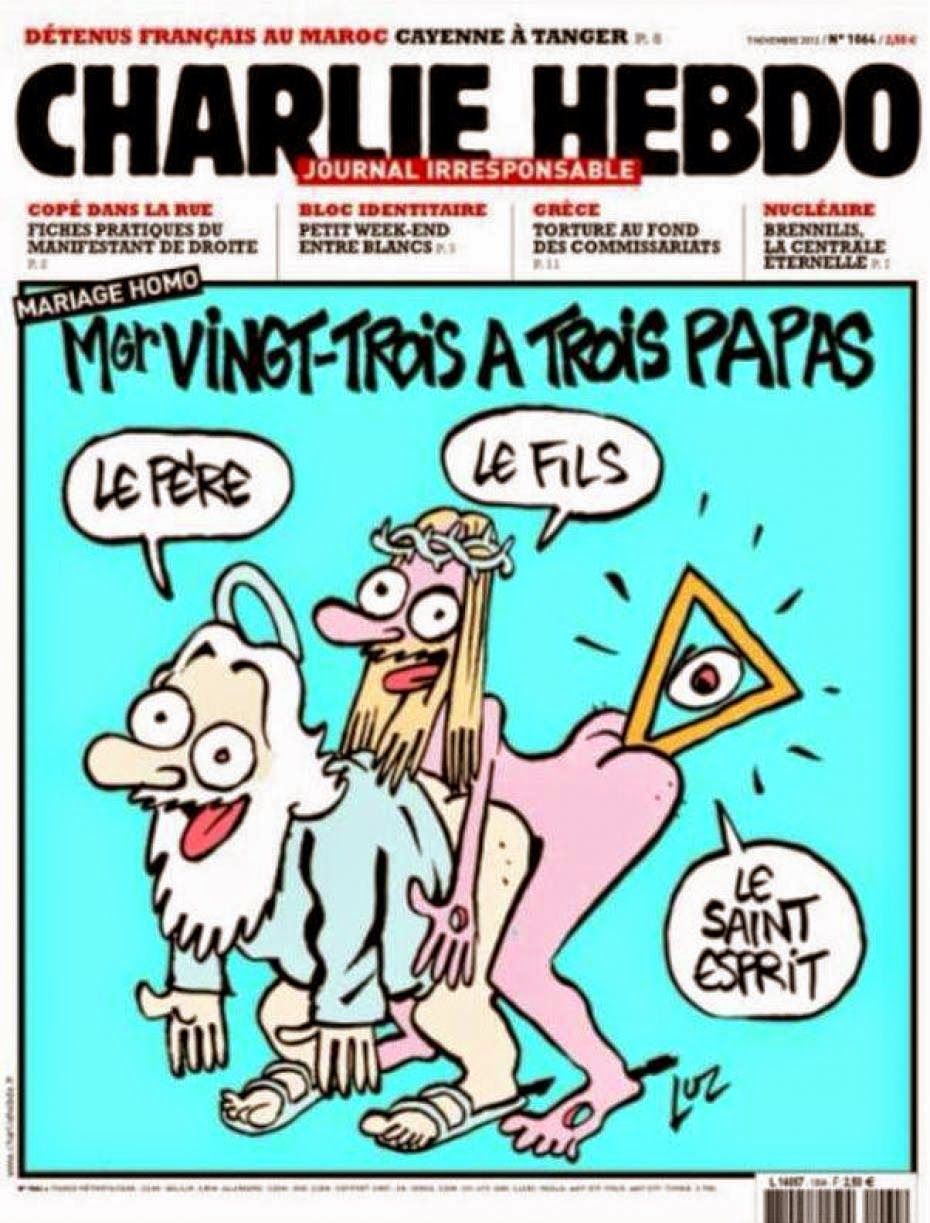 The Charlie Hebdo affair is a Jewish attack on Christianity, and Islam.

Wayne Madsen reports that the CharlieHebdo attack is rife with "false flag" clues:

1. The 1980 attack on the Bologna train station was a false flag attack.

Although the Italian government and media originally blamed the bombing on leftist radical Italian guerrillas, it was, in fact, carried out by an underground fascist cell (working for the CIA) that obtained the bomb materials from hidden caches belonging to the secret NATO "stay behind" paramilitary network known as "Gladio."

From his Paris jail cell in 2005, Ilich Ramirez Sanchez, the famed terrorist known as "Carlos," revealed that it was the CIA and Mossad that carried out the Bologna bombing.

Western intelligence fingerprints, including those of Mossad, are becoming as clear as day.

The CIA got members of its secret armies to carry out the Bologna Bombing - in order to keep its Italian friends in power.

2. One such tell-tale sign of a false flag operation is the convenient discovery by police of evidence linking attacks to the perpetrators, be they unknowing double agents or patsies who believe in whatever cause has been dangled before them.

One sign of a false flag operation is that "evidence" linking the intended perpetrators to the crime scene is always discovered.

French police claim they were able to pin the attack on two Franco-Algerian brothers, Cherif Kouachi and Said Kouachi, because Said, the eldest brother, left his French identification card in a black Citroen used as a getaway car.

Some French security experts warned that the ID card may have been purposely planted in the car to confuse the police. Police also conveniently found Molotov cocktails and Islamist jihadist flags inside the getaway car.

Alleged 9/11 hijacker Mohammed Atta's passport was supposedly found in pristine condition in the rubble of the World Trade Center. 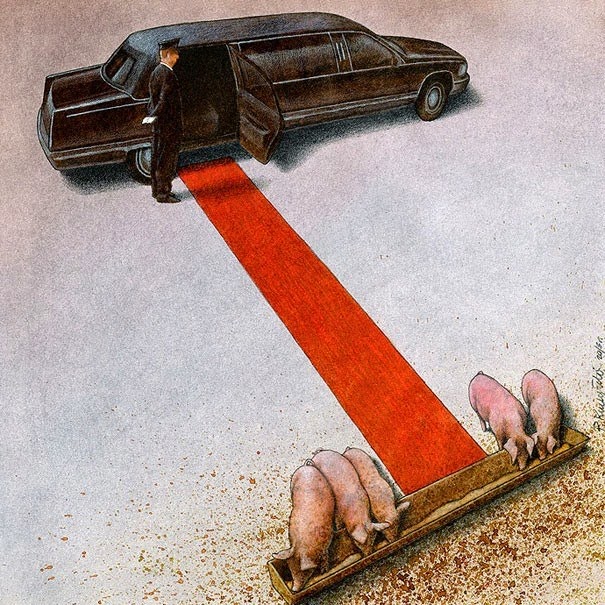 The elite use three tools to help them stay in power. 1. They con us 2. They seduce us, and 3. They intimidate us. Most people are easily, conned, seduced and frightened.

3. A third suspect identified by French police, Hamyd Mourad, the 18-year old brother-in-law of the Kouachis, was said to be the third gunman but he has an alibi.

Mourad was in school at the time of the attack.

That means that the third gunman has not been captured, let alone identified.

Mourad surrendered to authorities after his name appeared in the media as a supposed suspect.

The 'CIA's crypto-Jew' David Headley, who planned the Mumbai false flag attack, is supposed to be in jail in the USA. Headley's 's name is not on record in any US prison database.

4. Often, the true perpetrators of false flag attacks are masked.

This was the case with the three gunmen who (allegedly) killed 12 people at the Charlie Hedbo offices who were wearing balaclavas during their assault on the newspaper's offices.

5. There are always other attacks in the region to confuse police.

For example, while French police were concentrating their search for the gunmen from northern Paris to the Belgian border, a French police woman was shot and killed in Montrouge, south of Paris.

French authorities were quick to say the events south of Paris and at Charlie Hebdo were not linked.

A gas station in Villers-Cotteret in Picardy, northern France, was robbed by two men said to be the terrorists. 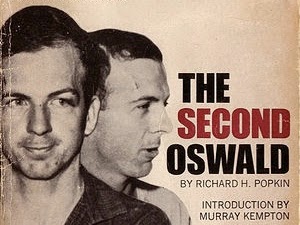 5. Another false flag clue is that the alleged perpetrators are almost always known to the police in advance.

In 2008, Cherif Kouachi was convicted by French authorities for trying to recruit fighters for the Sunni insurgency in Iraq.

However, he never served a day of his sentence because half of his three-year sentence was suspended and the rest if his pre-trial prison time was recognized as time served.

6. Pre-attack knowledge by the authorities of an alleged perpetrator was certainly the case in the Merah affair in March 2012 when Mohammed Merah, a French national, was killed by French police.

Merah was accused of killing three French paratroopers in Montauban and three students and a teacher at a Jewish school in Toulouse.

It was later discovered that not only did the French Central Directorate of Internal Intelligence (DCRI) have a dossier on Merah but that it tried to recruit him as an agent.

Merah traveled with ease to Afghanistan and Pakistan with the foreknowledge of French intelligence.

The then-governing conservatives of President Nicolas Sarkozy and the opposition, now ruling, Socialist Party conspired to cover up Merah's links to French intelligence.

The Kouachi brothers are said to have returned from Syria this past summer, where the CIA and French intelligence have been backing Islamist guerrilla groups battling the government of President Bashar al-Assad.

In the Mumbai attacks, Kasab was the innocent patsy, reportedly framed by Mossad.

7. Where government stories about terrorist perpetrators start to break apart is when descriptions of the alleged terrorists fail to meet popular conceptions.

Although Cherif Kouachi was said to be a follower of Islamic cleric Farid Benyettou at the Addawa mosque in Paris, he was also reported by associates to be a drinker, smoker, carouser around women, and beardless.

Similarly, the alleged 9/11 hijackers, far from being hard core Islamists, preferred to drink alcohol, spend time in topless bars, and use drugs.

Megrahi did not do the Lockerbie bombing. Mossad suggested that heroin be flown from Lebanon into Europe on PanAm planes. The whistleblowers were killed when PanAm 103 came down.

8. Another common denominator in false flag operations is the release of information by authorities that the alleged perpetrators were bent on attacking Jewish targets.

Cherif Kouachi was said to have planned attacks on Jewish targets in France just as Merah was identified as the attacker of the Jewish school in Toulouse.

Anders Breivik was an innocent patsy. This is Breivik's double, one of the several shooters.

9. The attack in Paris was the deadliest in Europe since the July 11, 2011 attack on a Norwegian Labor Party youth camp and government buildings in Oslo.

Although the attack was originally believed by the corporate media to be an Islamist attack, it was later pinned on Norwegian (alleged) fascist right-winger Anders Breivik.

(The Norway attackers) hit the socialist party youth camp because it had just rallied in support of Palestine.

(The neo-Nazis linked to the Breivik story) maintained close links with European rightists, some of whom had traveled to Israel and even lived for a while on kibbutzes.

(These) links to Zionists were quickly erased by the media from the public discourse.